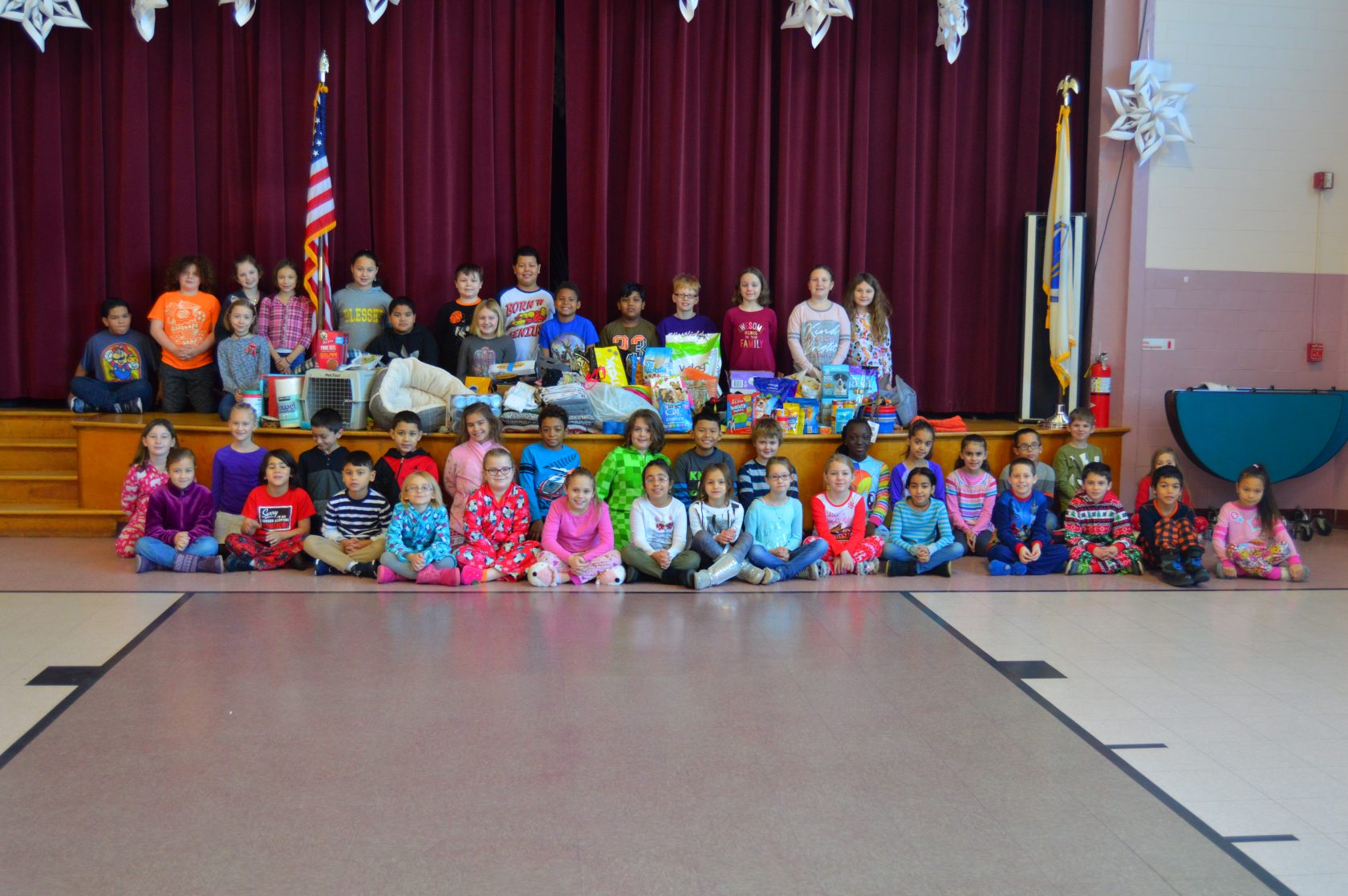 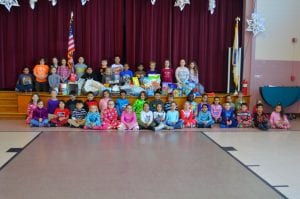 The 3rd grade classes of Mrs. Neuser and Mrs. Martins with the donations they collected for the Westfield Regional Animal Shelter. (Photo by Peter Currier)

49 kids from the classes of Mrs. Martins and Mrs. Neuser took part in the drive in which they did household chores in exchange for their parents collecting donations for the shelter.

“I was to trying to think of something in the holiday spirit and try to make the kids understand it’s about giving,” said Neuser, “I knew the animal shelter had a list of donations they accept.”

Neuser said the response from parents was amazing and overwhelming. She decided to add a writing exercise to the project as well. Each student wrote a persuasive letter to their parents to convince them to donate in exchange for doing chores. Neuser added that the estimated value of donations is probably several hundred dollars’ worth. 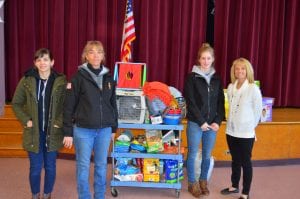 “I stopped watching TV and my mom asked me to unload the dishwasher,” said eight-year-old Rhea Bartlett, “I unloaded the dishwasher and put all the stuff in the right places.”

Josh McDonald, 8, also made some extra effort to get his parents to help out.

“I vacuumed, cleaned my room, stopped playing video games for a while, and I did the dishes,” said McDonald.

Animal Control Operations Manager Lori Charette and Animal Control Officer’s Spenser Afonso and Jenna Swotchak came to the school Wednesday morning to pick up the donations. Charette said that the animal shelter accepts donations like this year round.