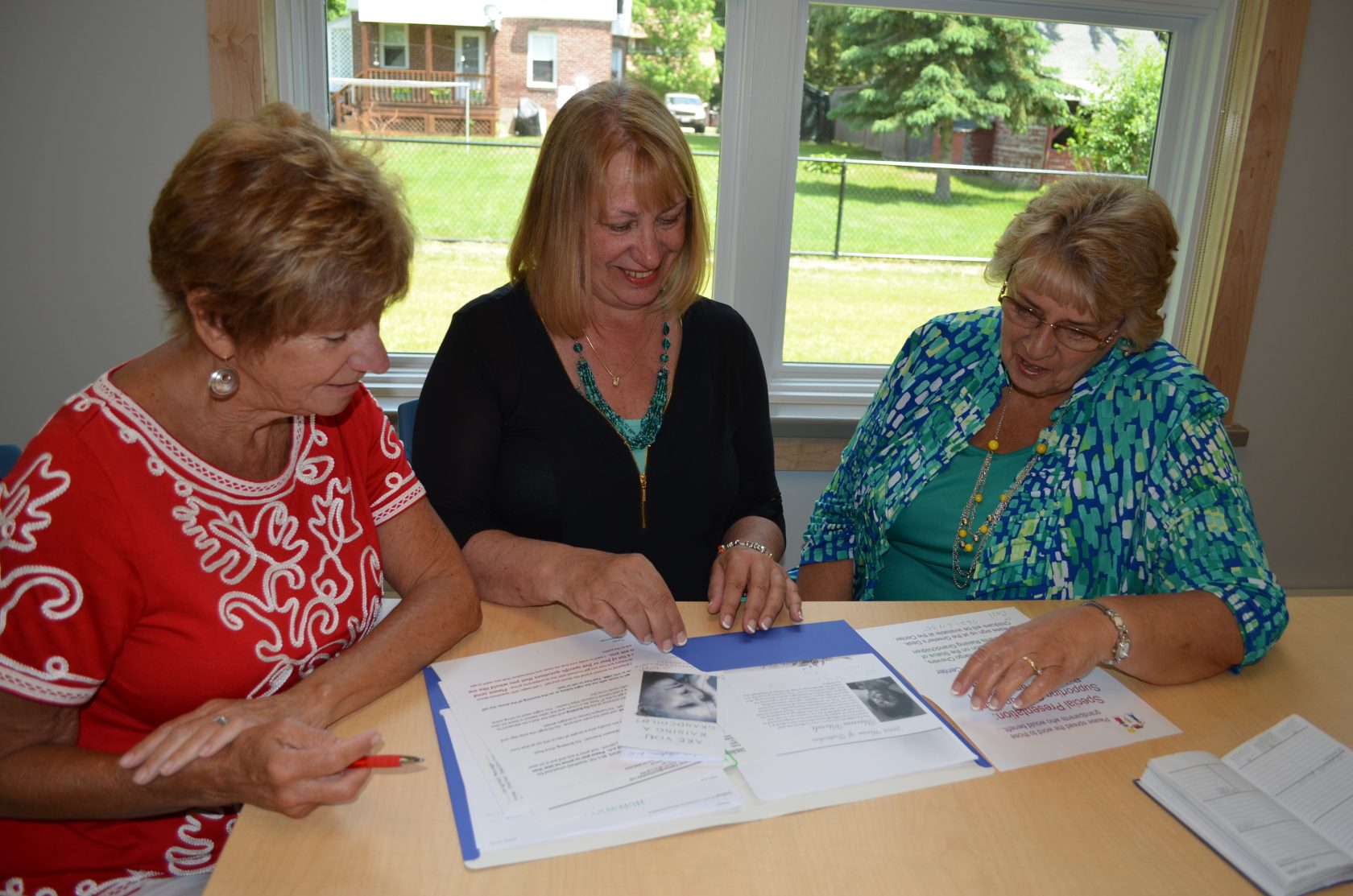 WESTFIELD-A special program for grandparents raising grandchildren is planned June 14 at the Westfield Senior Center, organized by two women who started a monthly support group for grandparents more than 11 years ago.

“There was a need in the community then but we didn’t know how important the group would be,” said Cathy Frye, a retired school adjustment counselor, who along with her friend and colleague, Maureen Viturale, started the Grandparents Raising Grandchildren support group in 2005. 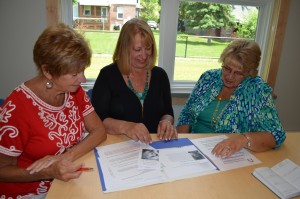 Maureen Viturale, Pam Dougherty, and Cathy Frye are putting the finishing touches on a program for grandparents raising grandchildren at the Westfield Senior Center.

“We’ve found that grandparents raising grandchildren is a hidden population,” said Viturale. “Some families feel it is a private family matter and people are afraid of navigating the system.”

Knowing that grandparents raising grandchildren can face a myriad of struggles that can be daunting and overwhelming, the women recently enlisted Colleen Pritoni to host an informative lecture on resources available for caregivers. Pritoni serves as program coordinator of the state Commission for Grandparents Raising Grandchildren. The lecture will be conducted from 6 to 8 p.m. and child care will be provided. Light refreshments will be served. The center will be open starting at 5:30 which allows ample time for families to arrive and get settled before the program begins.

“We know people are out there who could use a social network,” said Viturale.

According to the 2010 U.S. Census, nearly 32,000 grandparents or kinship families are raising grandchildren in Massachusetts, according to Pritoni.

“It is so hard to get accurate numbers of grandparents raising grandchildren,” said Pritoni. “Approximately 9,000 children are being raised by grandparents/kinship caregivers. This data is already 6-years-old and I would speculate that the numbers have increased significantly.”

Pritoni cited the opioid epidemic during the past three years as one of the reasons that more children are living with someone other than a parent.

“We’ve also found that 44 percent of DCF (Department of Children and Families) foster homes are kinship foster homes which means children are placed in the homes of their relatives, usually grandparents,” said Pritoni.

As a DCF social worker for 15 years, Pritoni understands the relevance and importance of hosting this program in communities across the state.

“I met and worked with so many amazing grandparents raising grandchildren that were in need of support, information, and resources and had no place to turn to for help,” said Pritoni.

As part of the June 14 presentation, Pritoni will explain her role with the commission, as well as encourage discussion about the issues and concerns grandparents raising grandchildren have for themselves and their families. Margo Chevers, a commissioner and a grandparent raising her grandchildren, will also speak about her experiences.

“Anytime I meet with a group, I take notes and bring the concerns back to the Commission,” said Pritoni. “At the end of every fiscal year, the chairman writes an annual report and submits it to the Governor’s office. This is a great opportunity for grandparents to have their voices heard.”

“By getting the word out into the community about this lecture, we hope to demonstrate to the state that needs exist in Hampden County,” said Viturale. “We also encourage any relative who is helping raise a child to attend this important lecture, as well as professionals from local school departments, human service providers and medical professionals.”

Handouts will be available and Pritoni assures that ample time will be allotted for questions and answers. To register for this free program, call the Westfield Senior Center at (413) 562-6435.

The Grandparents Raising Grandchildren support group meets on the second Tuesday of each month from 6:15 to 8 p.m. at the Westfield Boy’s and Girl’s Club on West Silver Street. Attendance averages from eight to 10 individuals at a meeting and is open to residents in the Greater Westfield area.

“Attendance can be sporadic,” said Frye. “Our group is very informal and there are no dues.”

Both Viturale and Frye also welcome any professional speakers to the support group who are interested in sharing their message of resources available to grandparents or kinship families. For example, they learned that the teacher’s union of the Westfield Education Association has helped local individuals with school supplies, eyeglasses and clothing, and a Grandparents Enrichment Fund has been established at Berkshire Bank.

“We also recruited Pam Dougherty, a retired social worker and friend, to help us during meetings to answer questions that grandparents have,” said Viturale.

As summer approaches, the group will conduct a picnic on June 21 at Stanley Park (children’s pavilion area), from 5 to 8 p.m. and child care will be available. Hamburgers and hot dogs will be provided and persons attending are asked to bring a side dish or dessert. The deadline to register for the picnic is June 17 by calling Viturale at (413) 237-6673. The group does not meet in July and will once again return to the children’s pavilion at Stanley Park on Aug. 9 for a social gathering and child care will be provided.

“We also want to say thank you to the Westfield Boy’s & Girl’s Club for allowing us to use their facilities for our meetings,” said Viturale.

For persons interested in attending the Grandparents Raising Grandchildren support group, call (413) 562-2301 or send an email to [email protected].

Both Viturale and Frye note that most grandparents are not raising their grandchildren or another relative’s child or children because they have an overwhelming desire to start a family over again.

“Grandparents are stepping in because the children need help and love,” said Viturale.