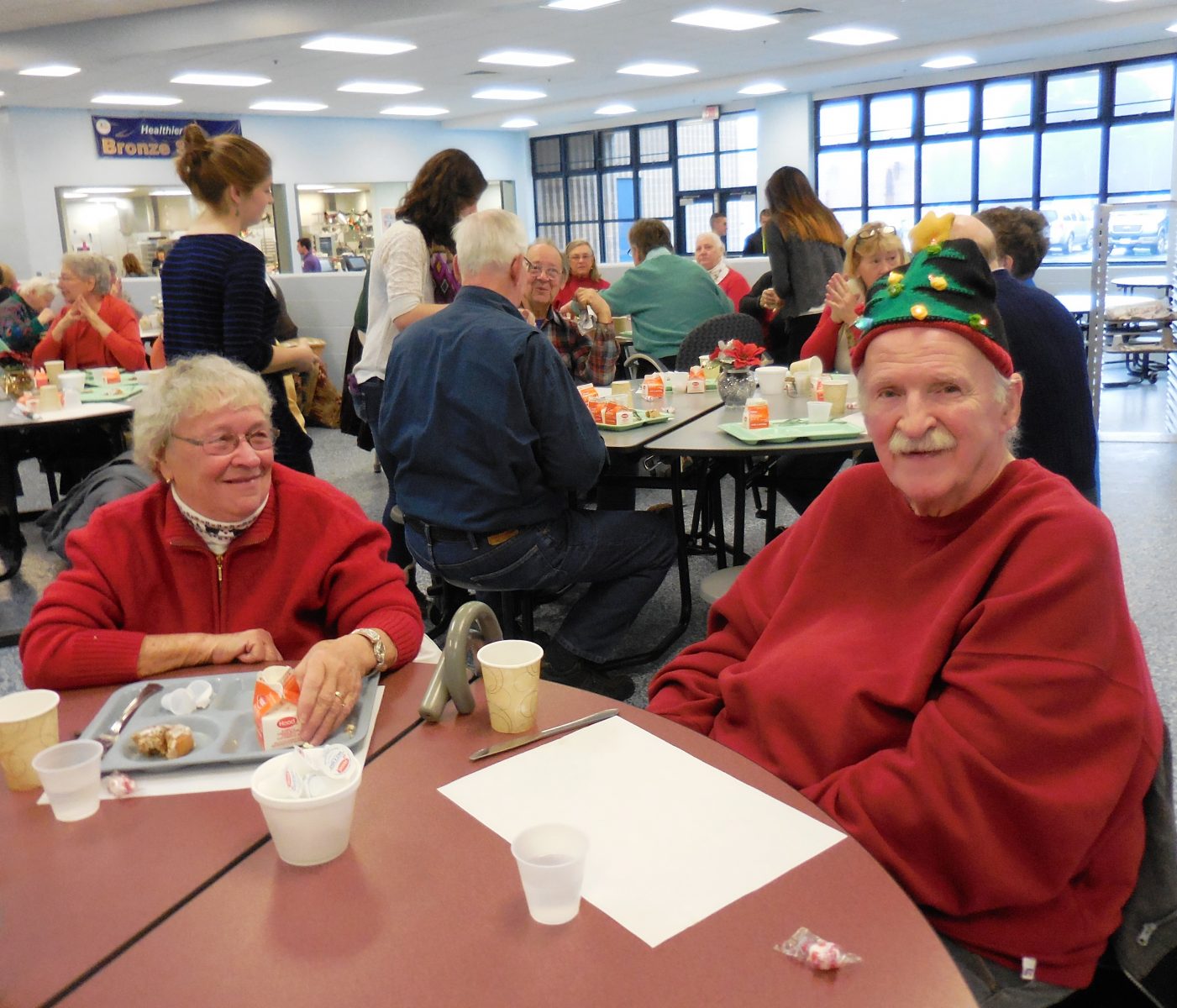 Story and photos by Amy Porter 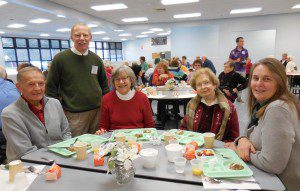 on Wednesday, with 75 seniors from all over the hilltowns enjoying breakfast and a holiday concert.

Public Relations Director Wendy Long said fliers were mailed out to all of the towns in the Gateway district, including Worthington, which had a long history of attending the breakfast. June Holcomb of Worthington said she comes for the music. “The jazz band is so good,” Holcomb said. Also among the group was Harry Bishop of Huntington, wearing a lit-up Christmas tree hat for the occasion.

The school’s food cafeteria staff prepared the brunch, under the direction of Food Services Director Wendy McCaul.  McCaul, who was named the 2015 Food Service Director of the Year, had her banner proudly on display in the cafeteria.

Long’s student intern Ursula Barth designed the fliers and nametags, and organized the volunteers for the event, which included members of Gateway’s National Honor Society, who served brunch to the seniors.

Following the meal, the seniors were treated to a holiday concert and sing along performed by the elementary music students, junior high choir and band, and high school choir, concert and jazz band in the Gateway Performing Arts Center.