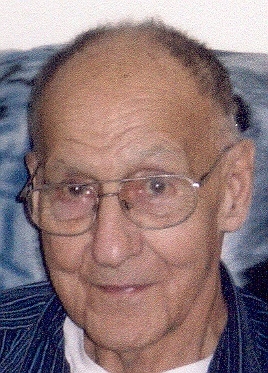 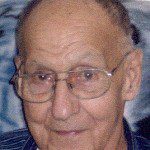 SPOFFORD, NH – George E. Chenier, Sr., 88 of Spofford, NH, died Wednesday, January 2, 2013 in Keene, NH. He was born in Ludlow, MA on February 28, 1924 to Edward and Viola (Brisson) Chenier.
George was employed as a tender for the former Westfield River Paper Company in Russell for eighteen years. He was also the owner proprietor with his family of the Crazy Horse Family Campground in Littleton, NH retiring in 1986.
George was the widower of Florence A. (Lannon) Chenier who died on February 17, 1980. He leaves his son, George E. Chenier. Jr and his wife Virginia Graham Chenier of Winchester, NH; a sister, Carol “Viola” Heath of Feeding Hills; three grandchildren, Dana and Susan Chenier and Kristen Sikorski; four great-grandchildren, Darren, Devin, Leah and Michael and three great-great-grandchildren and several nieces and nephews. George was predeceased by three brothers, Leon, Leonard and Victor Chenier and two sisters, Verma Lannon and Henrietta Jasmin. The family would like to thank the entire staff of the third floor at Genesis Center at Keene for their kind and caring care.
The funeral will be Monday, January, 7 2013 at 1:00 p.m. from Firtion-Adams Funeral Service, 76 Broad Street, Westfield with burial to follow in St. Mary’s Cemetery in Westfield. Calling hours will be Sunday, January 6th from 2:00-4:00 p.m. at the funeral home.
In lieu of flowers the family requests that donations in George’s memory be made to Alzheimers Association, 264 Cottage Street, Springfield, MA 01104 or to the charity of one’s choice.
firtionadams.com.