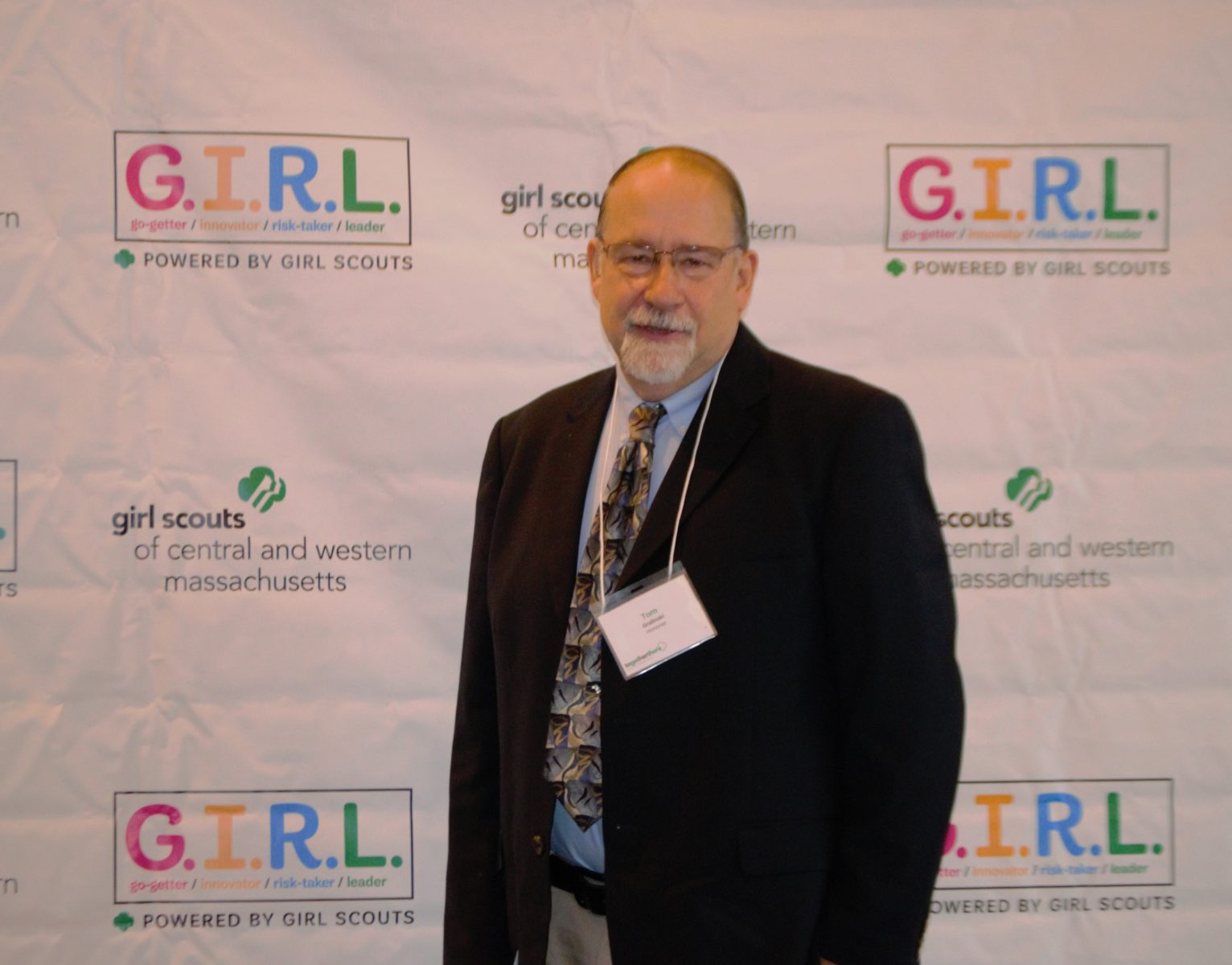 GREATER WESTFIELD-For many years, Tom Gralinski of Huntington has been connecting young people with the community at large, and in particular, has relished the role he has had with Girl Scouts of Central & Western Massachusetts.

Gralinski, who retired more than a year ago from Smith College in Northampton as its STEM (Science, Technology, Engineering and Mathematics) Outreach Coordinator, is encouraging individuals to also become involved with the organization.

“My job was such a blast,” said Gralinski, who also had worked for the Amherst schools for 35 years before transitioning to Smith College. “Smith undergraduates would work with me to prepare a series of workshops for the Girl Scouts that all focused on STEM education.” 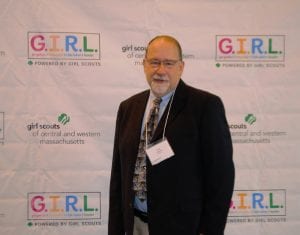 In 2018, Gralinski was honored by receiving an award in the STEM category by the Girl Scouts organization during its ToGetHerThere Awards ceremony for the work he did with Smith College and the Girl Scouts “Geek is Glam” annual event.

“We planned a series of workshops from balloon-powered cars to exploring electrical circuits,” said Gralinski, adding, “every year was a little different.”

Gralinski noted his vision had always been to align corporate individuals with area schools in different aspects of STEM.

“Working with the Girl Scout organization was so parallel to what we were doing in the community with Smith undergraduates,” he said.

Nominations are now open for the third annual ToGetHerThere Awards and area residents are encouraged to nominate professionals in several categories, from “Entrepreneur,” “Financial Literacy,” and “Health and Wellness,” to “Man Enough To Be A Girl Scout,” and “STEM,” according to Dana Carnegie, communications manager, Girl Scouts of Central & Western Massachusetts.

Carnegie noted that the awards offer area businesses and organizations the opportunity to honor a “difference maker” from within their ranks who has shown exceptional achievement in their profession, is an inspiration to their co-workers and young women, and have made contributions to their communities.

“The nominated person must signify role model behavior in their professional career and represent the Girl Scout’s mission of building girls of courage, confidence, and character, who make the world a better place,” said Carnegie.

The Girl Scout organization will honor the winners at the ToGetHerThere Awards luncheon on June 5 from 11:30 a.m. – 1:30 p.m. at the Springfield Country Club.

Nomination forms and requirements can be found on the Girl Scout website, http://www.gscwm.org/en/events/special-events/TGHTA.html or by contacting Jamie Mahon at (413) 584-2602, ext. 4037, or via email to [email protected].

The deadline to submit a nomination is April 10, and all nominations will be reviewed by a panel of business, community and civic leaders who will then select the ToGetHerThere Awards honorees.

Gralinski said he enjoyed sharing his “can-do attitude” with young people throughout his teaching career – especially with Girl Scouts in grades 5-7.

“We had focused on the middle grades and students of color,” said Gralinski. “They are fine and on par in STEM and then something happens in the fifth to seventh grades. We created opportunities where girls could take a look at other things that they didn’t have access to because of a lack of resources at home or in their school.”

Gralinski added that often times, students who are interested in STEM can point to a teacher or activity that happened outside of the classroom that created a spark and led to a fulfilling career.

“One year we waded in the river and collected stuff,” said Gralinski, adding that type of experience can open ideas for future careers. “The girls also learned that by working in teams they can problem solve together and come up with better solutions.”