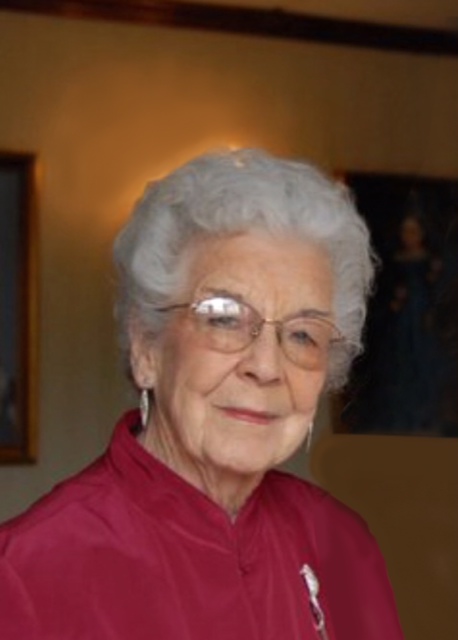 She was a graduate of Washburn High School in Washburn, ME. The family moved to Worthington and West Chesterfield in the early 1940’s. She then attended college of Physio-therapy in New Haven, CT and is a graduate of Cooley Dickinson School of Nursing in 1955. Grace was the first student admitted to the nursing school over 18-19 years of age. She blazed the way for older women to be accepted at the School of Nursing. In recent months, Grace welcomed the occasional opportunity to mentor today’s nurses-in-training during her brief hospital stays.

She worked at Cooley Dickinson Hospital as an Assistant Nursing Arts Instructor and also at Modesto General Hospital in Modesto, CA. She retired from the Veterans Administration Medical Center in Leeds, MA, after twenty-five years of service.

She was a devout Christian and active in the Assembly of God Church. She was an avid Red Sox fan through good times and bad. She knitted and baked almost every day and anyone who visited her was offered a cup of tea and a fresh homemade baked good. She was dedicated to her family, including her great granddaughter Mia and her 55 nieces and nephews and their families , and after her mother’s passing, she became the matriarch of the Donovan family.

She enjoyed her birds, plants, sewing, knitting, reading and caring for people.

She facilitated the communications between her siblings and extended family, keeping everyone aware of all the family happenings.

She is survived by her son, Edward “Ned” Jalbert and his wife Libby of Haydenville, MA; grandsons, Brett and his fiance Andrea of Westfield, Kurt, and Norman and his wife Yarelis of Boulder, CO; a brother, Gaylon Donovan and his wife Ruby of Chesterfield. Also a sister-in-law Eunice Donovan of Lee, MA and a brother-in-law Horace Whitaker of Huntington.

There will be no calling hours. The funeral will be on Friday, November 13, at 10am at the Pioneer Valley Assembly of God Church in Huntington. A graveside service will follow at the Center Cemetery, Sam Hill Road in Worthington, MA.

In lieu of flowers, donations may be made to the Pioneer Valley Assembly of God Church, PO Box 477, Huntington, MA 01050. O’Brien Hilltown Funeral Home in Huntington is in charge of the arrangements.