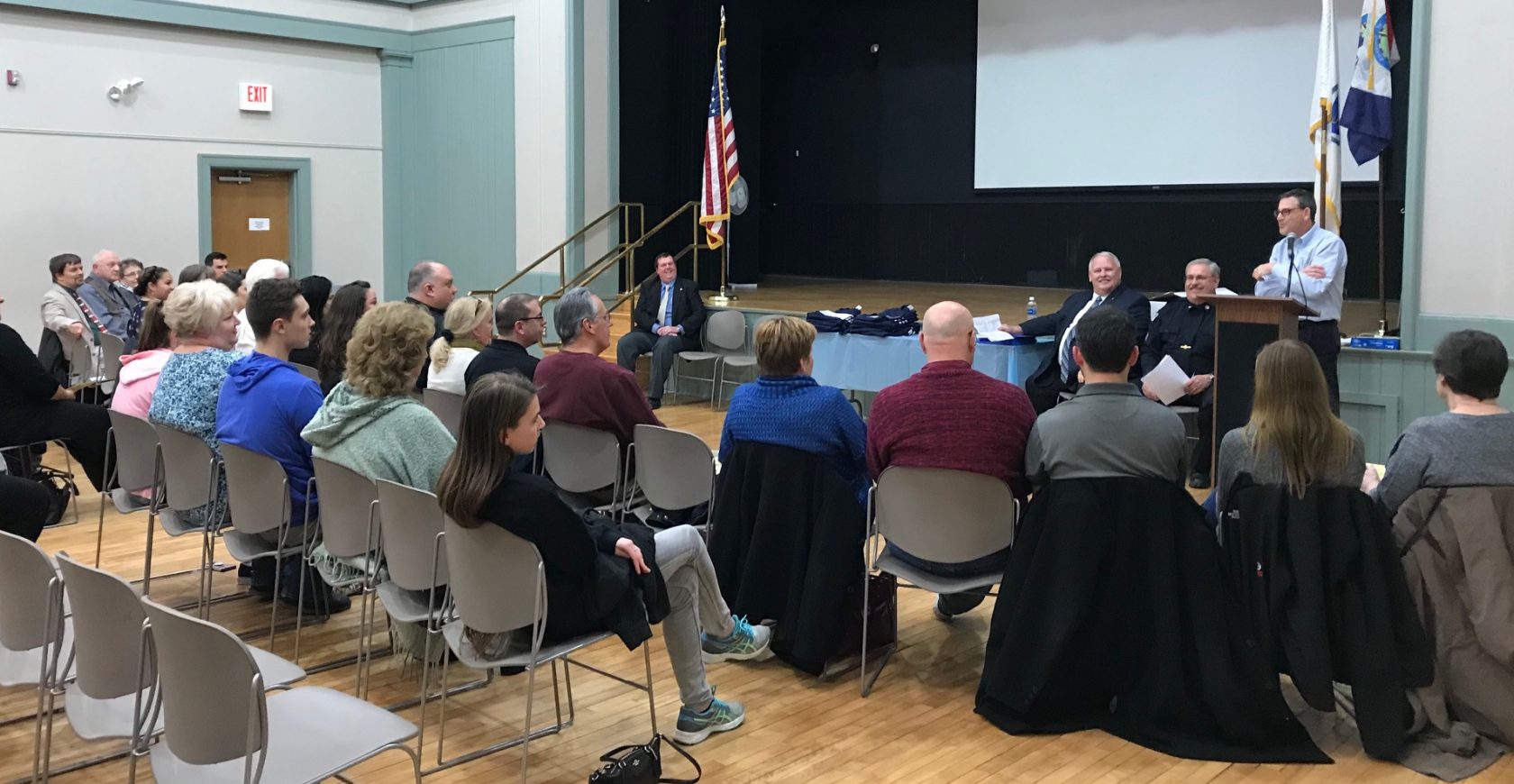 SOUTHWICK – The 22nd Southwick Citizens Police Academy Graduation took place at the Southwick Town Hall on Tuesday evening. With 25 participants in this fall’s class, it is the second largest group since the program started in 2001.

The Citizens Police Academy is an eight-week program that gives Southwick residents a first-hand experience on what it’s like to be a police officer in their community. Held once a week at the town hall, Southwick Police officers taught the classes and helped train the residents in a number of policing areas, including crime scene investigations, use of force, going to the shooting range, the role of the court system, the emergency dispatch center, and the “You’re the Cop” scenario.

To begin the graduation, Select Board Chairman Doug Moglin spoke briefly about the positive effect the Citizen’s Police Academy has had on the town.

“The board has been very supportive of the police academy as it has been a successful community outreach,” said Moglin.

Chief David Ricardi, who oversees the program, was proud to once again have more graduates but also hopes the new graduates will spread the word to their friends and family on how much of an impact the experience was. 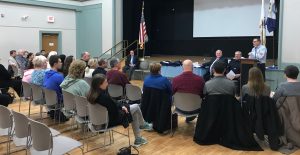 “This program is all about the community,” said Ricardi. “Now you can take these stories and tell the people what it’s really like (to be a police officer).”

A few of the 25 graduates stood up at the podium and gave their thoughts on the eight-week experience. A senior in college who is majoring in criminal justice with hopes of going into the police reserve academy after graduating, Denis Zinchenko credited the “ride-a-long” exercise that helped him realize what he wanted to do for a profession.

“That’s what fortified my desire to get into law enforcement,” said Zinchenko.

Kelly Parks, who is currently a reserve officer at the Southwick Police Department, was able to gain more perspective on being a police officer, including being in a ride-a-long with her dad, who was also in the class and a former auxiliary police officer.

“It gave way more than I ever anticipated,” Parks told the crowd.

“The changes that I see are positive over 50 years,” said Cashman.

Ending the graduation ceremony, Sgt. Kirk Sanders made his closing remarks. Sanders, whose been running the program since Ricardi appointed him to the duty in 2001, voiced his feelings on the program.

“I can’t thank the Chief (Ricardi) enough for steering me in the right direction,” said Sanders. “I take a lot of pride on how this program has evolved.”