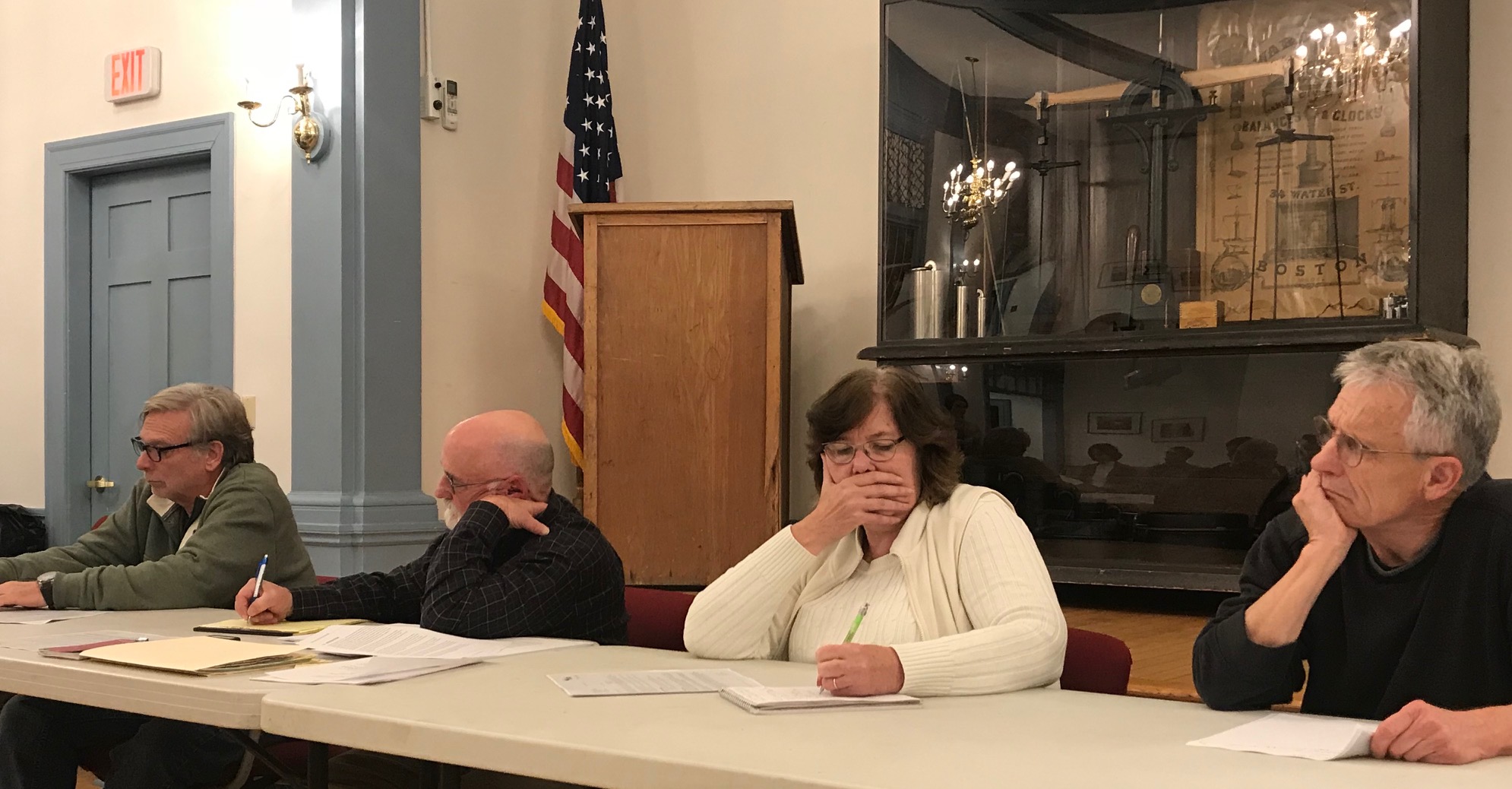 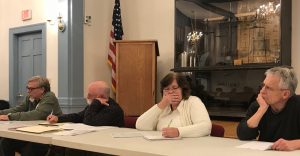 The Granville Planning Board will have the power to accept or reject the special permit for a solar array on Hayes Road. (Photo by Greg Fitzpatrick)

GRANVILLE – A public hearing was held during the Planning Board on Monday night regarding a request for a large-scale ground mounted solar installation.

Located at 0 Hayes Rd., the solar project is being proposed by Gale Head Development of Boston. Gale Head is representing Charles Sheets, who owns the 44-acre property. Of the 44 acres, Gale Head is requesting to use 25 acres in order to build the array.

Since Granville town bylaws restrict solar projects being larger than five acres, Gale Head has already been given a varianceby the Zoning Board of Appeals and were told to go to the Planning Board for a special permit.

According to information from Gale Head, the project site will be 2,300 ft. from the public road, which is Main Road/Rt. 57. There’s also no direct residential abutters and the nearest residential dwelling is 1,000 ft.

The site plan states that, along with there being no public site lines, there will be no natural resources that will require mitigation from the solar array.

Michael Petrin, an engineer for VHB hired by the Town of Granville to consult on projects, reviewed the solar project site plan and expressed some questions and concerns he has. Petrin pointed out that the topography for the plan wasn’t generated by an actual survey and recommended that the developer verifies the accuracy on that.

Safe access to installations was also an area that Petrin touched on, and requested that Knox Box’s are installed to make it easier for emergency personnel.

A pilot agreement, Gale Head and Sheets are leasing the property from the Town of Granville for 30 years. The town will be able to receive a tax benefit as a result of the project.

The electricity generated by the solar array goes into a grid that’s powered by Eversource, which is the town’s source of electricity.

Gale Head is proposing this project under the SMART (Solar Massachusetts Renewable Target) program, which was created by the Massachusetts Department of Energy Resources and signed into law by Governor Charlie Baker in 2016. SMART has been formed to create a long term and sustainable solar incentive program that promotes solar projects that are cost effective throughout Massachusetts.

When this program came to fruition, Granville decided to pursue the program and allow development organizations to propose solar projects in their town. Planning Board Chairman Rich Pierce added that Granville will now have the opportunity to receive credits towards grants.

“We’ve already received some benefit from an energy standpoint by qualifying for the program,” said Pierce.

The Planning Board decided that they weren’t ready to make a decision on whether to approve the special permit. That result will now allow Gale Head to review the comments from the board and make the necessary changes. The public hearing will continue at the Planning Board meeting on November 5 at 7 p.m. at the Granville Town Hall.