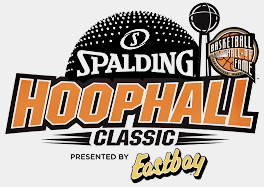 SPRINGFIELD – The Naismith Memorial Basketball Hall of Fame announced today the launch of its newly formed regional events, which will be operated by longtime partner Position Sports, under the recognized Hoophall umbrella. Hoophall West will return to Scottsdale, Arizona, and three new events will launch with Sioux Falls, South Dakota hosting Hoophall Central, Lewes, Delaware hosting Hoophall East and Bentonville, Arkansas hosting Hoophall South.
All four regional events are expected to be the most premier showcases in their respective areas. The 20th anniversary of the Spalding Hoophall Classic presented by Eastbay will culminate this series of events over Martin Luther King Day Weekend featuring an elite field of national schools and players.

“Hoophall Classic has evolved into one of the premier high school events of the season and while the event continues to grow year over year, we realize there’s more talent to celebrated in other parts of the country, especially where the popularity of high school basketball is extraordinary,” said Greg Procino, Vice President of Basketball Operations for the Naismith Memorial Basketball Hall of Fame. “With our new regional concept, players from coast-to-coast will be afforded the opportunity to showcase their skills on the Hoophall stage, while the Hall of Fame can continue to grow and celebrate the game in new communities.”
Hoophall West, entering its ninth year in Arizona with a history of sellout crowds, will continue to serve as the hub for west coast teams and national talent. Games are slated for December 8-11, 2021.
As the first new regional stop, Hoophall Central at the Sanford Pentagon in Sioux Falls, will allow the Hall of Fame to operate an elite level event in a community with a rich appreciation for high school hoops. Fans can see local and regional talent take the court December 16-18, 2021.
Hoophall East will partner with longtime east coast tournament Slam Dunk to the Beach. By merging the history and success of the event with the Hoophall brand, Lewes will see an elevated event December 27-29, 2021.
The last of the four regional events will be Hoophall South in Bentonville, Arkansas. Expanding on this area’s tremendous high school basketball infrastructure of talented players and passionate fans, the Hall of Fame will take this local showcase to new heights January 6-8, 2022.
These series of Hoophall events will culminate on the “Road to Springfield” for the 20th annual Hoophall Classic taking place January 13-17, 2022 at Springfield College in Springfield, Mass. – the birthplace of basketball. The event has showcased dozens of eventual NBA players over the years, including 10 #1 NBA Draft picks such as Kyrie Erving, Anthony Davis, Karl-Anthony Towns, Zion Williamson and Anthony Edwards.
All Hall of Fame events will be played in accordance with health and safety regulations set forth by local ordinances at the time of play. For more information on these events, visit https://www.hoophall.com/events/hoophall-regional-events. – Courtesy of Hoophall Classic/Naismith Memorial Basketball Hall of Fame