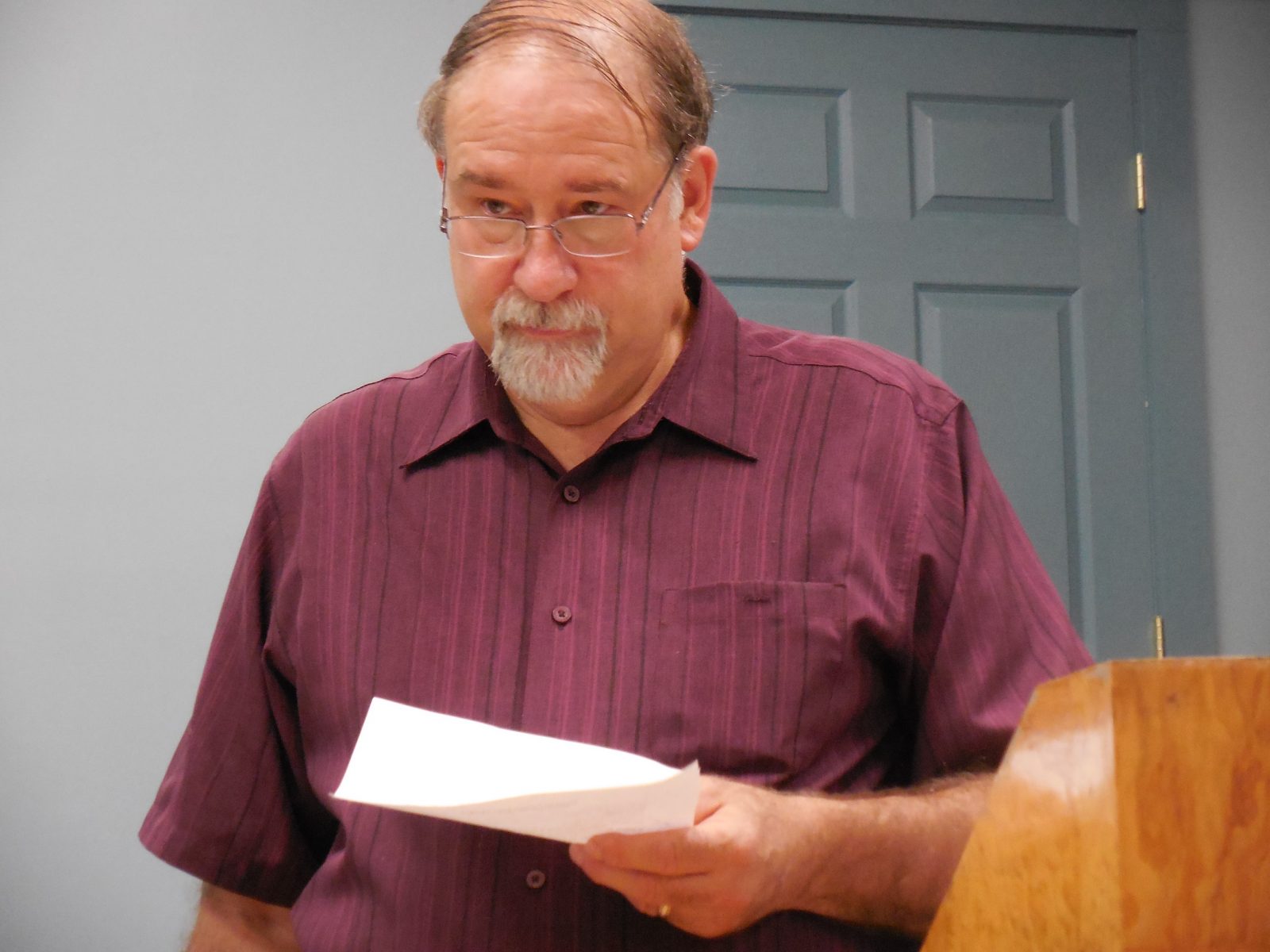 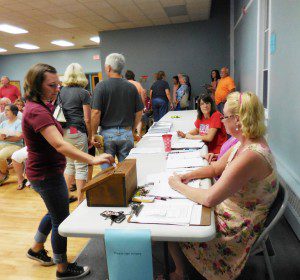 HUNTINGTON – The town of Huntington held a Special Town Meeting on Wednesday evening in Stanton Hall to vote on the Gateway Regional School District budget.
Interim moderator Thomas Gralinski was sworn in at the start of the meeting due to long-time moderator Peter Jacques’ resignation. He read the sole article in the warrant, to appropriate or transfer from unappropriated funds in the treasury, the sum of $547,979 for Huntington’s share of the over-minimum contribution to the budget for the Gateway Regional School District.
The Finance Committee and the Select Board then both stated that they did not recommend the full amount in the warrant.
Select Board member Ed Renauld moved to amend the amount of the contribution to $404,211, which he said was the maximum allowed under Proposition 2 ½.
Renauld gave a brief explanation: he said that the town held a Special Town Meeting in May, prior to the annual meeting, to request a Proposition 2 ½ override in order to pay for the district’s above-minimum contribution of $547,979, slightly less than the current amount. The override failed 207 to 60 votes. 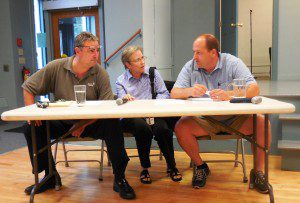 Renauld said at the town meeting in June, the Select Board moved to amend the assessment to $404,221 to keep it below the Proposition 2 ½ ceiling. The amended contribution passed, but since it was below the assessment contained in the budget, the Gateway budget was considered defeated by the town.
“I’m still confused,” town resident Roger Booth said. “Last we heard at the town meeting, when we passed the assessment at that amount, we wouldn’t come back.”
“Back at town meeting,” Renaud said. “We were really hopeful the state would approve the mitigation funding before we needed to come back.”
State representatives have pledged $630,000 in mitigation funding to the Gateway district to lessen the impact of Worthington’s withdrawal, and to include the amount in the state supplemental budget, which has not yet been voted.
Renauld said at this point the overall school budget hasn’t changed at all, although there are some slight adjustments to the towns assessments. Since the School Committee did not vote on a new budget following its defeat by four of the six towns, the state Department of Elementary and Secondary Education (DESE) put the district on a 1/12th budget based on the original one, and sent the revised assessments in a letter to the towns on July 27. The towns had 45 days to act, a deadline which ends September 10.
“Last we heard from (Representative Stephen) Kulik,” Renauld said. “they were going to put the mitigation funds on the agenda following the break. They returned on Tuesday.”
Gateway Business Manager Stephanie Fisk said the House would be meeting in informal sessions on the supplemental budget, and hopes to have it by the end of next week.
Renauld said that the mitigation funds go to the district, not the towns. He said Superintendent David Hopson’s earlier estimate was that Huntington’s assessment would be reduced by $150,000 or $160,000.
“It would be about $169,000,” Fisk said.
“If we vote $404,221 this evening,” Finance Committee chair Darlene McVeigh. “and mitigation funding comes in, that would bring us below the $404,221, and we wouldn’t have to revote.”
“If the mitigation funding doesn’t come through, what happens?” town resident David Harding asked.
“If the budget gets voted down (by four of the six towns), the School Committee has a certain number of days to vote on a new budget, then the towns have another 45 days,” McVeigh said. “If there’s not an approved budget by the towns by Dec. 1, then DESE has the right to step in and review the Gateway budget.”
The motion to amend the amount of the over-minimum contribution passed. The question was called, and the vote was made by paper ballot. In the end, the article passed 63 to 14.