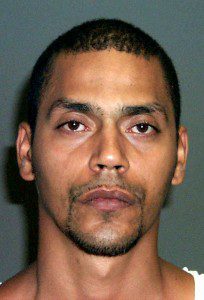 WESTFIELD – The Department of Children and Families has taken custody of a six-week-old girl with multiple broken ribs and her father is being held on $10,000 bail after he was charged with assault and battery and reckless endangerment of a child.
Det. Daniel Gustafson reports, in a document filed in Westfield District Court, that he was notified by DCF investigators Aug. 14 that they had removed a month-old infant from her Orange Street home and taken her to Baystate Medical Center for treatment of injuries.
Gustafson met with the investigators and learned that they had received a report that the child had been physically abused and they were particularly concerned because her father, Jose Davilla-Lassend, 35, of 29 Orange St., “has a history of physically abusing his infant child from another relationship.”
He learned the next day that the child had been found to have multiple fractured ribs and, together with Det. Roxanne Bradley, went to the Orange Street apartment of the infant’s unmarried parents.
Gustafson reports that he and Bradley observed “that the small apartment was in disarray with trash, old dirty dishes and several other soiled items all over the dwelling.”
Both of the child’s parents agreed to come to the station for interviews and Bradley spoke with the mother while Gustafson interviewed the father.
Bradley reports that the mother said that Davilla-Lassend, “would become very frustrated with the baby’s crying and he would spank her on the bottom and throw her on the bed.”
She demonstrated, using a baby doll Bradley supplied, how he would throw the baby on the bed face down and also told the detective that the man “would put his hand over the baby’s face to smother the cries” but said “he didn’t push down.”
The mother said that he also “would push on the baby’s lower jaw to try to get the baby to stop crying.”
In her interview, the woman said that the baby’s father would pick up the baby by an arm or a leg to throw her on to the bed and said that once, while she was giving the baby a bottle, Davilla-Lassend “was still frustrated and started poking the baby in the face.”
The woman told Bradley that when she objected to the way Davilla-Lassend was treating her daughter “he would give her a look and she thought maybe he would take it out on her, so she backed down.”
The woman also said that, although Davilla-Lassend told DCF workers that he wasn’t drinking alcohol, he had lied to them and “was drinking a pint of Bicardi (sic) a day or at least every other day.”
Gustafson reports that when he spoke with Davilla-Lassend he initially said that he doesn’t drink alcohol and “was adamant that he has not consumed alcohol for over two years.” Though he subsequently admitted that he does drink alcohol, he was steadfast in denying that he had harmed his baby and repeatedly said he does not know how she received her injuries.
A check of Hampden Superior Court records revealed that, in 2002, Davilla-Lassend was charged with assault and battery on a child after his six-week-old baby, from a previous relationship, had been shaken so badly that the boy spent time in critical condition in a pediatric intensive care unit.
That charge was ultimately not prosecuted.
Davilla-Lassend was arraigned Aug. 16 in Westfield District Court on charges of reckless endangerment of a child and assault and battery and was held in lieu of $10,000 cash.
A court official said that court records enumerate a variety of different spellings of Davilla and Lassend which he has apparently used in various combinations.
Gustafson said that additional charges may be forthcoming after medical reports on the condition of the infant’s bones are completed.
He also said that a criminal complaint for reckless endangerment of a child was filed against the child’s mother.