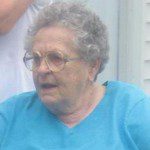 WESTFIELD – Jacqueline J. Pressey, 80, of Larchley Avenue, Westfield passed away peacefully Friday, February 15, 2013, at Noble Hospital. She was born in Lawrence, MA, August 31, 1932, the daughter of the late H. Lloyd and Helen (Joy) Hepworth.
She moved to Derry, NH where she was a graduate of the Pinkerton Academy, later in life, earning her degree in teaching at the Westfield State College. Jackie was employed as a High School teacher in the Agawam School system for over 20 years, retiring in 2000, and had also worked as a driving instructor for the Elm Auto School in Westfield. Jacqueline was a member of the Church of the Atonement Episcopal Church in Westfield. She was a past member of the Westfield school committee and a longtime member of the Mass. Teachers Association.
Jacqueline’s beloved husband, Roland of 32 years, passed away in 1985; she leaves her loving children, Craig R. Pressey and his wife Pamela, and Kurt W. Pressey and his wife Leslie all of Agawam, Keith A. Pressey and Lisa G. Armstrong and her husband Richard of Westfield; her 8 cherished grandchildren and her 6 adored great-grandchildren. Jacqueline was the caring sister to William Hepworth of Florida, John Hepworth of Illinois, Frederick Hepworth of Derry, NH, and Martha Smith of Florida, and the treasured aunt to several nieces and nephews. Jacqueline was predeceased by her loved siblings, Linda Robertson, James and Roger Hepworth.
A private memorial service will be held Saturday, February 23rd at 11:00 a.m. at the Cusack Funeral Home, 94 Main Street, Westfield, MA, burial will be held at the convenience of the family.
In lieu of flowers, memorial contributions may be made to the Shriner’s Hospital for Children, 516 Carew Street, Springfield, MA 01104.