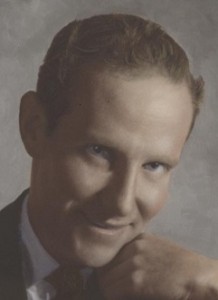 WESTFIELD – James J. Curran, 82, passed away peacefully at Noble Hospital on July 19, 2014. He was born in Westfield to the late John P. and Eva (Hickey) Curran.
He graduated from Westfield High School in 1949, from American International College in 1955 where he was President of his class, and received his Master’s Degree in Psychology from Springfield College.
Jim was predeceased by his parents, his sister Anne M Smith, and his brother JohnCurran. He is survived by numerous cousins and close friends. Jim worked as a rehabilitation counselor in Hartford for the State of Connecticut and helped set-up halfway houses for drug dependent patients throughout New England. He was a member of the Westfield Rotary, We Remember James Dean International Fan Club, Princess Grace Foundation, Westfield, Hadley, Wilbraham and Fairmont Indiana Historical Societies, the Community Theatre Association.
Jim did a lot of writing after his retirement.One of his plays, “They’re, Irish, They’re Catholic, They’re Guilty” won a proclamation of exonerationfrom Governor Dukakis for two men executed for a murder in 1805 that they did not commit.
Jim’s funeral will be held on Thursday at 9:30 AM from the Firtion Adams Funeral Home, 76 Broad St. Westfield followed by a Liturgy of Christian Burial at 10:30 AM in St. Mary’s Church, 28 Bartlett St, Westfield. Rites of Committal will follow in St. Mary’s Cemetery, Westfield. Visiting hours will be held on Wednesday from 5-7 PM at the funeral home.
Contributions in Jim’s name may be directed to the Noble Visiting Nurses and Hospice, 77 Mill Street, Westfield, MA 01085.
www.firtionadams.com