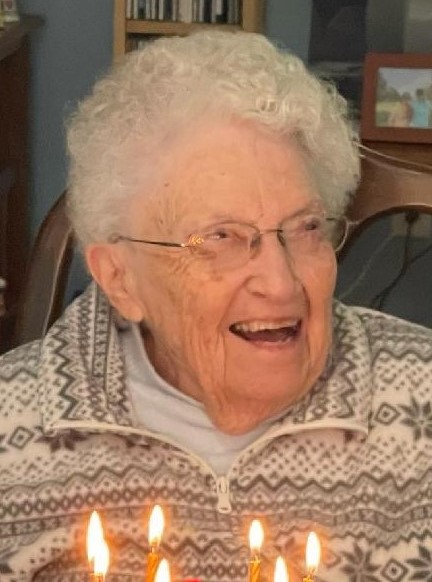 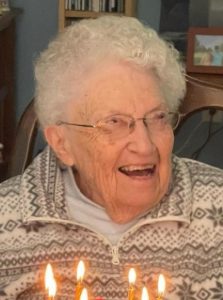 NEW BEDFORD, MA – Jean G. (Gillchrest) Simmons, 97, (1925 – 2022) passed away on Saturday, November 6, 2022, at home with her son, David, in New Bedford. She was born in Thomaston, Maine to the late James A. and Eva P. (Demuth) Gillchrest and was a 1944 graduate of Thomaston High School. She was a graduate of the former Colby Junior College, now Colby Sawyer College in New London, N.H. in 1946. Upon graduation, she worked as a legal secretary for an Attorney in Rockland, Maine and was a proofreader for the Cape Cod Times in Hyannis, MA. She moved to Westfield in 1962 and began working for the Westfield Athenaeum for over 20 years retiring in 1992 as a staff Librarian. Jean was a member of the Westfield Camera Club and the Springfield Photographic Society.

Sadly, Jean was predeceased by her beloved husband of 74 years, Richard F. Simmons in 2021 and a granddaughter Lindsay, and her brother James A. Gillchrest, Jr. of Rockport Maine.

She is survived by her loving children, David A. Simmons of New Bedford, MA, Scott R. Simmons of Indianapolis, IN and Cheryl J. Simmons of South Hadley, MA, a sister Sally M. Brooks of Thomaston, Maine and her five cherished grandchildren, Matthew, Shannon, Kelly, Samuel and Sarah and four great-grandchildren, Abigail, Gracen, Emma and Clara.

A Graveside service will be held on Saturday, November 19, 2022, at 10AM in Pine Hill Cemetery, Western Ave., Westfield. Arrangements are under the direction of the Firtion Adams FS, 76 Broad St., Westfield, MA 01085. www.firtionadams.com