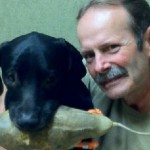 HENDERSON, NV – Jeffrey W. Porter of Henderson, Nevada passed away peacefully Saturday, June 21, 2014, with his family by his side. Born April 23, 1952, in Westfield, MA he graduated from Westfield High School in 1970, and from Western New England University with an associates degree. He was a former resident of Montgomery for several years before moving to Nevada.
He leaves behind his wife of 33 years, Susan (Zing) Porter; his son, Joseph Porter; daughter, Renee Porter and future son-in-law Phillip Davis, all of Henderson; his parents, Robert and Phyllis (Boisseau) Porter from Westfield, MA; brother, Gerald Porter and sister-in-law, Diane Porter of Westfield, MA; a sister, Lorrie (Porter) Motyka and brother-in-law Jim Motyka of Hatfield, MA; and a brother, Edwin Porter and his wife Karen of Madison, Wisconsin; along with many nieces and nephews and cousins in Western Massachusetts.
Jeff was an avid hunter and returned to Westfield, almost every year to hunt and spend time with his family and friends.
A celebration of life service was held in Las Vegas and he was laid to rest at Palm Cemetery.
A memorial fund has been set up on www.gofundme.com/almbjk to help his family with medical expenses.