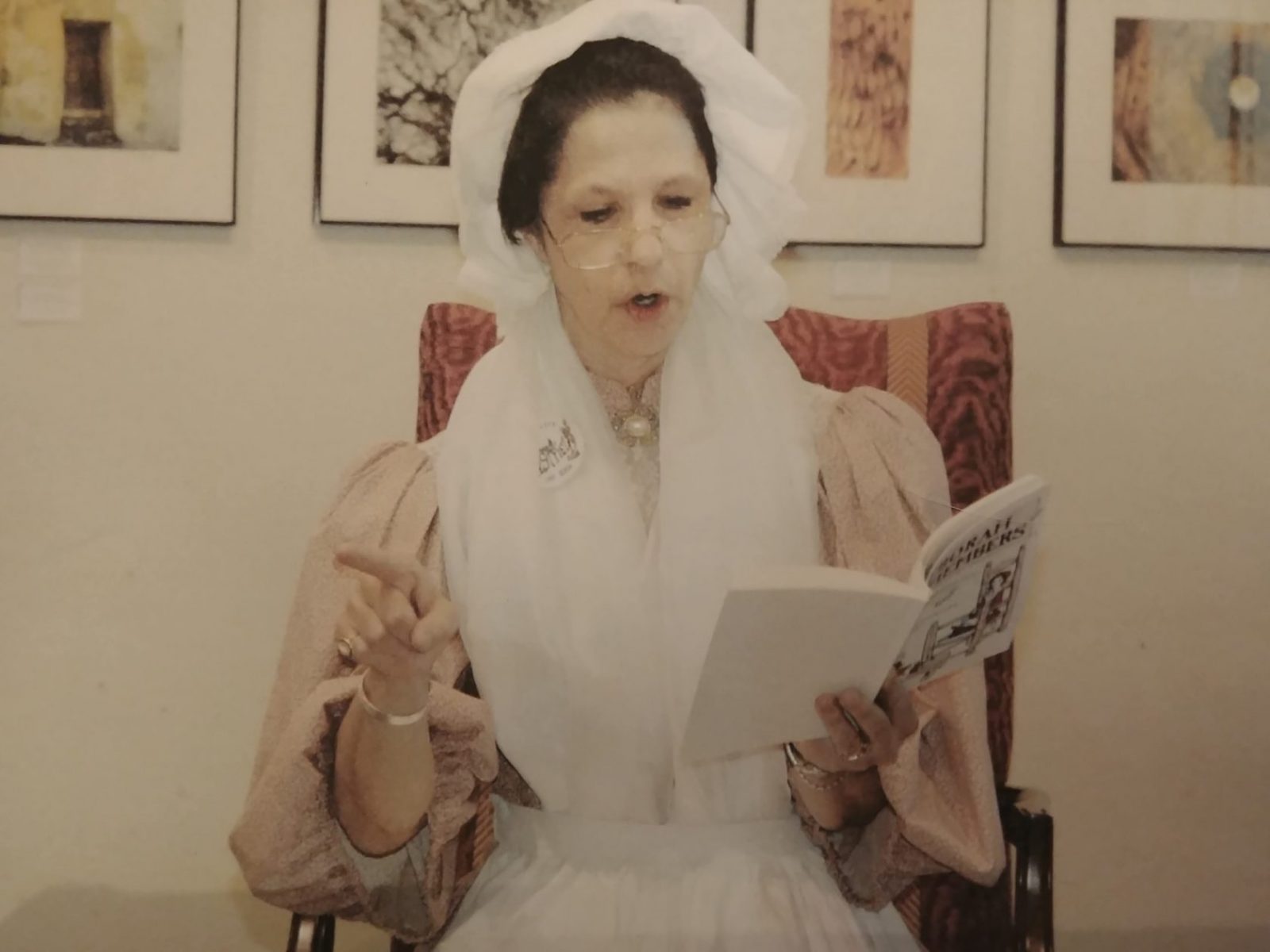 WESTFIELD-The stage of the Westfield Woman’s Club is the setting for a unique set of videos being produced locally for families to enjoy during this time of social distancing.

Kathleen Palmer and Ken Stomski have joined forces to create “Kat Tales,” a series of reading performances airing on the Westfield Community Programming Channel (WCPC-15). WCPC-15 can be seen at westfieldtv.org if you are not a Comcast subscriber. 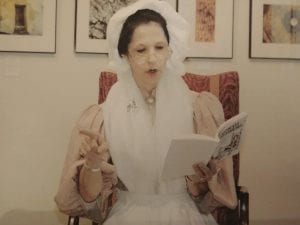 “I came up with this idea because I wanted options for children and families at home,” said Palmer. “My goal was to make it enjoyable as well as educational. I know some teachers have made them available to their students.”

Stomski, who is serving as producer on the video series, said the stories provide mental stimulation and local entertainment.

Both Palmer and Stomski are volunteering their time for this educational initiative.

The collaborators have recorded six videos to date, with Palmer introducing the genre of the story and any pertinent information before she begins acting out the parts of the characters.

Once the tale has been read, Palmer suggests activities for children to do that relates to the story.

“Since I have been reading stories to school children and adults for years, I chose stories that I knew had a high interest,” said Palmer. “I wanted stories that were fun, plus stories that had some educational value.”

“Since my retirement I have visited many classrooms doing presentations,” said Palmer. “There is nothing better than entertaining children. They are the best audience ever.”

Palmer and Stomski have taped six stories and to date have posted three. The books shared include “The Courage of Sarah Noble,” “The Old Woman and the Fish,” “Nine for California,” two “O. Henry” tales, “The Orphan Train,” and “The Story of Kate Shelley.” 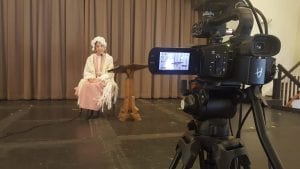 “I use all genres and so far have done historic fiction, nonfiction, folk tales, and short stories,” said Palmer. “Sarah Noble is an historic fiction about a young girl from Westfield, while Nine for California paints a humorous picture of travel in the late 1800s.”

All of the filming is done at the Westfield Woman’s Club on Court Street, and the duo extend a thank you to the board for allowing the use of the building.

“These stories are generally designed for elementary and middle school but can be enjoyed by all ages,” said Palmer.

“Between Kathi’s experience as a school teacher and a playwright, she is the perfect person to do these,” said Stomski.

For Stomski’s part, he records the performance, edits the video to ensure smooth transitions, and creates credits and titles. Once the video is completed, Stomski uploads it to both the Channel 15 Youtube channel and the Channel 15 system for later broadcast.

“A huge shout-out to Ken and WSKB for doing this project,” said Palmer. “In these trying times, I just hoped it would be something for families to enjoy. WSKB and Ken were so supportive and made it happen.”