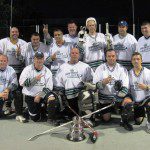 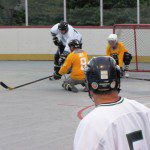 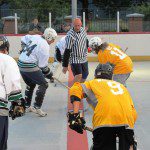 Even though Blackout jumped to a quick 1-0 lead early in the 1st period, they could not handle the offensive onslaught of the King Ward team. King Ward had an impressive offensive attack netting eight goals while their defense and goaltending held Blackout to just three goals.

The next Dek Hockey season starts in early August. For more information contact Amelia Park Ice Arena at either [email protected] or (413) 568-2503.