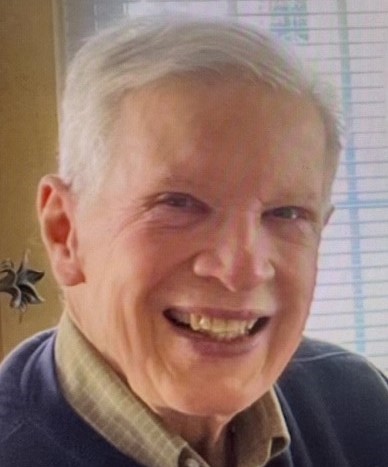 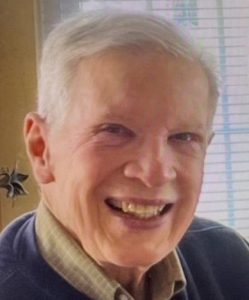 WESTFIELD – Laird Emerson Wiggin, 83, of Westfield died peacefully at Bay State Medical Center on June 11, 2022, after a period of declining health. Born in Worcester, Massachusetts, to the late Beatrice and Emerson A. Wiggin, he graduated from Mount Hermon preparatory school and Clark University where he majored in business. He later earned his master’s degree in business administration at Rockhurst University in Kansas City, Missouri. He served in the U.S. Coast Guard Reserve for eight years. In 1961, he married Sandra Brewer, and the two started a family, a source of pride and joy throughout his life. After beginning his career at Milton Bradley and State Street Bank of Boston, Laird and Sandy moved the family to Overland Park, Kansas, so he could take a job with DST Systems in Kansas City, Missouri. He spent 16 years at DST handling the company’s mutual funds and variable annuity processing systems, rising to the level of Vice President. In 1986, he and Sandy moved back east to be closer to family, and so he could take a job as President of Monarch Life Insurance’s Data Center in Springfield. He later co-founded and co-owned the EW Group, a consulting firm in Granby, Connecticut, where he provided operations consulting to insurance companies preparing to enter the variable annuity business.

A successful business executive, Laird’s top priorities throughout life were his family, community and faith. He and Sandy provided numerous educational and enrichment opportunities for their children and grandchildren, including college tuition payments for all. He donated his time to many civic and community organizations, including the Boy Scouts of America, the Johnson County Amateur Hockey Association, Valley View United Methodist Church, and Westfield Public Schools, where he tutored elementary math students for many years. A strong proponent of philanthropy, he gave generously of his and Sandy’s financial resources to the Jimmy Fund at Dana-Farber Cancer Institute, Ronald McDonald House, Veterans of Foreign Wars, Shriners Hospitals for Children, America’s VetDogs, United Way, Alzheimer’s Association, and many more. He also participated in mission trips to Hungary and Venezuela. Following retirement, he and Sandy enjoyed many visits to national parks and to their children’s homes in various states across the country, as well as family favorites like Hampton Beach, New Hampshire, and Lake Norman, North Carolina.

Family and friends are invited to gather at a service celebrating Laird’s life on Saturday, July 2, at 11:00 am at the Chapel at Rural Cemetery, 180 Grove Street, Worcester. In lieu of flowers, the family requests donations to the Jimmy Fund at Dana-Farber Cancer Institute, the Ronald McDonald House, or the charity of one’s choice in Laird’s memory. Firtionadams.com