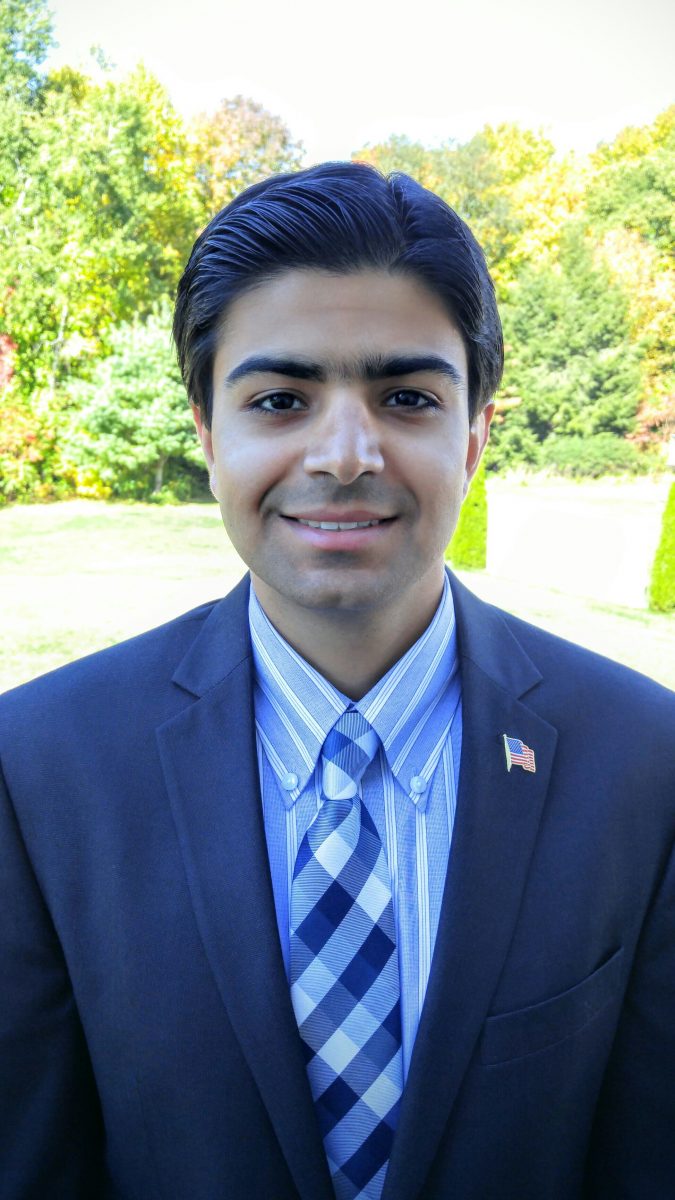 WESTFIELD – Muneeb “Moon” Mahmood said he is running for Westfield City Council At-large because he cares deeply about the city and the people who make it what it is.
Mahmood was born and raised in the city and said he has a strong work ethic – values he learned from his parents who are “proud owners” of two small businesses in the city.
“I was raised to prioritize giving back to my community and to do so without expecting anything in return,” he said. “I think it is now my duty to give back to Westfield by serving as a city councilor.”
Mahmood, at 23, recently graduated from Westfield State University with a concentration in business management, having completed his degree in three years. He earned his pilot license at age 17, his flight instructor license at 21, and now works full-time for Northampton Aeronautics where he helps others to “achieve their dreams.
“My father not only told me that if you worked hard you could achieve anything, but I watched him live it,” he said. “I watched him work 16-hour days for six or seven days a week. He’s the embodiment of the American Dream; he came here with next to nothing in his pocket and now he owns two stores that proudly serve the people of Westfield.”
At 17, Mahmood served for two years as a legislative intern for then State Rep. Donald Humason, Jr., R-Westfield.
“I learned how local and state governments work by being in both the local and Boston offices,” he said.
Mahmood also has served on the city’s Off Street Parking Commission, and while at Westfield State University, served as vice president of the Commuter Council. Currently, he is on the aviation advisory committee at Westfield Technical Academy.
Mahmood said he was the first candidate to launch a campaign in March and has worked steadily for the past eight months listening to concerns of city residents.
“I take this candidacy very seriously,” he said. “I have the energy and determination to get things done.”
Mahmood said he wants to help Westfield achieve even greater heights by focusing on economic development, public safety, education, youth development, senior issues and infrastructure needs.
Two areas that he is especially passionate about is the new Aviation Technology Program at Westfield Technical Academy and the need to increase the tax base.
“Aviation is in trouble,” he said, noting that in the coming years, it is estimated there will be a “huge demand” for technicians and pilots. Also, according to the Federal Aviation Administration, aviation is one of the world’s fastest growing industries.
“The program at Westfield Tech, the first of its kind in the state, will be a great way for students to go into aviation, and will also encourage businesses in that related field to connect with the city,” he said.
Mahmood called Westfield-Barnes Regional Airport a “gold mine.”
“Westfield Tech students will be learning the skills and the needs of local businesses coming into the city and that in turn will increase the tax base,” he said. “We can reduce taxes if more businesses come in.”
Mahmood said that seeing firsthand what his parents have experienced by owning businesses in the city, he understands the need to find ways to support businesses of all sizes. Also, he wants to be part of the process that will help seniors and those on fixed incomes thrive in the city.
“I like to be transparent and I encourage anyone to reach out to me personally,” he said. “Being an elected official is an important part of government and I expect to be held accountable to what I’ve said.”
Mahmood describes himself as “honest, straight forward, trustful, a quick learner and a good listener.”
“There is always room for compromise,” he said. “I love Westfield because it is unlike any other city. We’re close-knit families, neighbors and friends who make a small city feel like a small town. Our history is rich and inspiring. From our airport to our many unique businesses, through our revitalized downtown and up to Westfield State University, there is a spirit of energy, excitement and pride.”