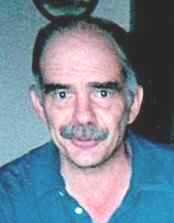 Michael A. Burek, 63, (1955-2019) passed away on Sunday, February 10, 2019 at UMASS Medical Center. He was born in Springfield to the late Walter and Carol (Menard) Burek and was a graduate of Westfield Trade as a machinist. Mike served in the United States Marine Corps during Vietnam from 1973-1977, attaining the rank of Sergeant. He then joined the Army National Guard in Westfield where he served his duty and then joined the Air National Guard and retired from the 104th Fighter Wing after many years of devoted service. He was a longtime member of the American Legion and the Marine Corps League in Westfield. Mike was employed as a machinist for many years for Advanced Manufacturing in Westfield. He was an avid outdoorsman and loved hunting and fishing. Mike was predeceased by his beloved wife Maxine (Graham) Burek in 2006 and is survived by his loving siblings, Richard A. Burek and his wife Pamela of Westfield and Beverly A. Farrell of Westfield and several nieces, nephews, grand-nieces and great-nephews. Visiting hours for Mike will be held on Sunday from 1-4 PM in the Firtion Adams FS, 76 Broad St. Westfield, MA. Burial with military honors will be held on Wednesday at 3PM in the Massachusetts Veterans Memorial Cemetery, 1390 Main St. Agawam, MA. Donations in Michael’s name may be directed to the charity of one’s choice. www.firtionadams.com