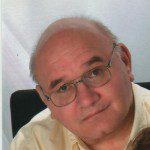 WESTFIELD – Michael Xavier Osowski, 54, ascended into the Journey of Everlasting Life on the morning of July 22, 2012. He was born in Westfield on November 11, 1957.
He has been a lifelong resident attending local schools, and was a 1976 graduate of Westfield Vocational Trade School. After school he worked as an auto body mechanic. He was an avid CB radio operator and was a member of Westfield Sportsman’s Club. He enjoyed shopping, going out to eat, and spending time with his family. He also enjoyed gardening, fishing, and was an avid Yankees fan. He was a parishioner of Our Lady of the Blessed Sacrament Church.
He leaves his daughter, Alexandria (Osowski) Vassallo and her husband James; his mother, Phyllis (Monczka) Osowski; his brother, Edward Osowski Jr. and his wife Janet all of Westfield. He also leaves three beloved grandchildren, Brianna Mae Melo and Isabella and Matthew Vassallo; his nephew, Edward Osowski III and his wife Kimberly and his niece, Jessica McBride and her husband Bryan and great nephew, Steven and nieces Annalyse, and Ciara. He was predeceased by his father, Edward Osowski in 1986.
Calling hours will be held from 5:00-7:00 p.m. at Firtion-Adams Funeral Service on Tuesday, July 24, 2012. The funeral will be held on Wednesday July 25, 2012 at 9:00 a.m. from the Firtion-Adams Funeral Home, 76 Broad Street, Westfield followed by a Liturgy of Christian Burial at Our Lady of the Blessed Sacrament Church at 10:00 a.m. Burial will follow in St. Mary’s Cemetery.
In lieu of flowers, donations may be made in his honor to Shriner’s Children’s Hospital, 516 Carew Street, Springfield, MA.
firtionadams.com