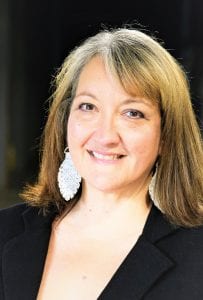 Like most people, I have a host of pet peeves.

Many of them have to do with grammar and writing style. One of my favorite memes holds true for me – that if I ever post on social media and use the incorrect version of “they’re, there or their,” it’s a cry for help. The wrong use of you’re and your, and its and it’s, is another thorn in my side. Please consider it an SOS if you ever see these grammatical errors on my Facebook page!

I also cringe when reading an article about a group holding a meeting. A group cannot hold anything, but it can host a meeting. And a commission is not a “their,” it’s an “its,” FYI.

One of my other big pet peeves is when motorists do not move over for an emergency vehicle.

Just this week I witnessed two incidents where an ambulance – with lights on – was trying to drive down a street and drivers didn’t move over. In one instance, I saw a driver turn left from City View onto Cowles Bridge, which is already narrow, as an ambulance was traveling north with its lights on. There was a near-collision as the car sped up to get over the bridge to move aside.

It drives me crazy. I am lucky enough to have never needed to be transported in an ambulance for an emergency. But I have family and friends who have and the thought of their medical attention being delayed because someone did not move over infuriates me.

Besides being common sense, it’s the law. According to mass.gov, the Move Over Law, which took effect March 22, 2009, requires drivers approaching a stationary emergency or maintenance vehicle with flashing lights to move to the next adjacent lane and slow down, if it is safe to do so. Failure to comply could result in a fine of up to $100.

Another pet peeve, I write in my most Andy Rooney voice, is when people do not return their grocery carts. Most large stores have multiple “cart corrals” throughout the parking lot for this purpose. And in Westfield and Southwick, there are few parking lots that do not have a cart corral that are so far from the store that it would be an exhaustive effort to return the cart. I do realize that for some people with medical conditions returning the cart could possibly be too much effort. My best guess, however, is that these folks are few and far between.

I have plenty more pet peeves, mainly having to do with housekeeping and the leaving of dirty socks on the living room floor, but I believe the ones mentioned above are shared by the majority of people. Having spent so much more time at home this past year because of COVID, I thought some of my more “picky” pet peeves would have gotten the best of me. However, I believe I am becoming less irritated and more patient when it comes to the little things. In the bigger picture of all that is happening in the world, I suppose dirty socks are a minor thing that I can overlook. But don’t block an ambulance in my presence.