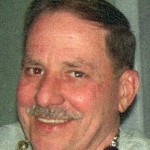 SOUTHWICK – Neil T. “N.T.” Bloking, 66, died Monday, June 23, 2014 at home surrounded by his family and friends. He was born in Trenton NJ on November 7, 1947 to the late Franklin Bloking Sr. and Mae (Coriell) Bloking.
He was a 1965 graduate of Manchester H.S. in Manchester, CT. He lived in Connecticut before moving to Southwick 23 years ago. Neil worked at Sweet Life Foods in CT for 28 years retiring in 2001. He also worked for Dirats Laboratories in Westfield for 11 years retiring in 2012. He was an avid golfer and was a member of Edgewood Golf Course in Southwick for many years.
He leaves his wife of 19 years, Ruth E. (Welch) Bloking; his children, Lynn M. Woike and her husband Scott of Cromwell, CT Neil T. Bloking Jr. and his wife Cindy of Hampden, CT and his step-children James T. Renaudette and his Wife Dawn of Westfield and Joseph G. Renaudette and his wife Beth of Westfield. Neil also leaves his grandchildren, Alyssa, Austin, Timothy, Taylor, James, Christopher, Emma and Jenna; his siblings, William Bloking and his wife Debbie, Dennis Bloking and his wife Mary, Craig Bloking and his wife Liz, Kathy LaCaprucia, Barbie Herlth and her husband Bill, Eric Bloking and his wife Dianna. He was predeceased by his daughter, Carrie Bloking and his brothers, Frank Bloking Jr. and Keith Bloking. He also leaves his yellow lab Brodie.
The funeral for Neil will be held on Friday, June 27th at 10:00 a.m. from the Firtion-Adams Funeral Service, 76 Broad Street, Westfield. Burial will follow in Pine Hill Cemetery. Calling hours will be held on Thursday at the funeral home from 4:00-7:00 p.m.
Donations in memory of Neil may be made to the Noble VNA and Hospice, 77 Mill Street, Westfield, MA 01085.
www.firtionadams.com