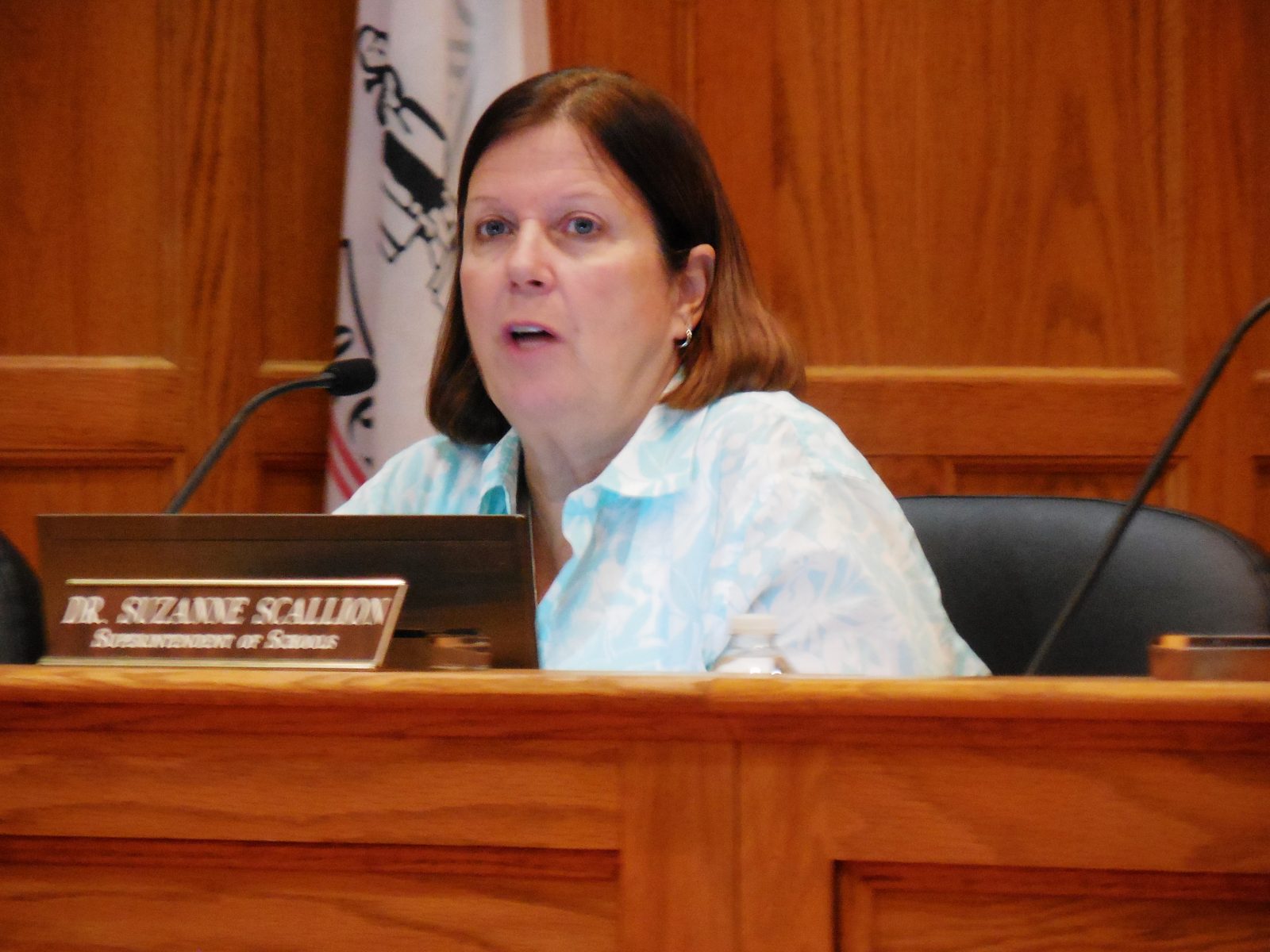 WESTFIELD – At Monday’s School Committee meeting, Superintendent Dr. Suzanne Scallion gave her report one day before Westfield Public Schools were set to open. Scallion said she was looking forward to seeing the kids come back. She recommended dressing for the heat, and bringing an extra water bottle to school.
Scallion said after a “bumpy ending” to the last school year due to cuts, “This is the best feeling I’ve had before an opening.”
She commented on the many changes to the coming year, including moving some Special Education classes due to the closing of Juniper Park Elementary School. Among the moves, the CLEAR Autism Program will meet in the Paper Mill Elementary School, and the QUEST Program will meet in the Southampton Road School. Juniper Park students will be attending the Russell Elementary School beginning on Tuesday.
She thanked Pamela Kotarski and Noreen Jachym for their incredible job on transportation with all the changes for the coming year, and urged the public to drive slowly.
Scallion asked the School Committee to start thinking about setting fees for transportation.
“It’s time,” she said. “Whatever we decide is okay. I want taxpayers to have an opportunity to weigh in.”
She also said that start times for schools, which impact the transportation contract, need to be re-examined.
“We could have an elementary school time that starts earlier, and high school that starts later.”
Currently, the elementary schools begin at 9 a.m., which Scallion called “late.” High School starts at 7:20 a.m. Scallion said starting even 15 minutes later could make a difference for these students according to studies.
She said now is the time to look at all of these issues.
“The bus contract looms large,” she said of the $25 million multi-year contract that ends at the end of the school year. “These are big ticket items.”
Scallion said she will be very vocal about establishing a technical fund for Westfield Public Schools this year.
“It’s time for us to work hard to bring our schools up to the 21st century,” she said. She did point to an increase in Internet bandwidth in the schools this year.
Scallion said the School Committee also needs to be vocal about the impact of the state budgeting process on the schools.
“We hire people within a very narrow window of time. We can’t do that when we’re in a cutting mode,” she said.
“We lost good folk who found jobs in other districts, and couldn’t wait for the recall letter,” she said, due to the delay in the Commonwealth’s budget this year. “We lost some shining, rising stars to neighboring districts.”
She called it a systemic problem, because teachers and staff have to be notified by June 15 according to their union contracts, often before the Governor’s final budget is signed. “We need to write a letter and say, this is not working for cities and towns,” she said,
Scallion thanked the Human Resources department for their hard and “painful” work this past year.
“Every time we hire someone we want to keep them,” Scallion said.