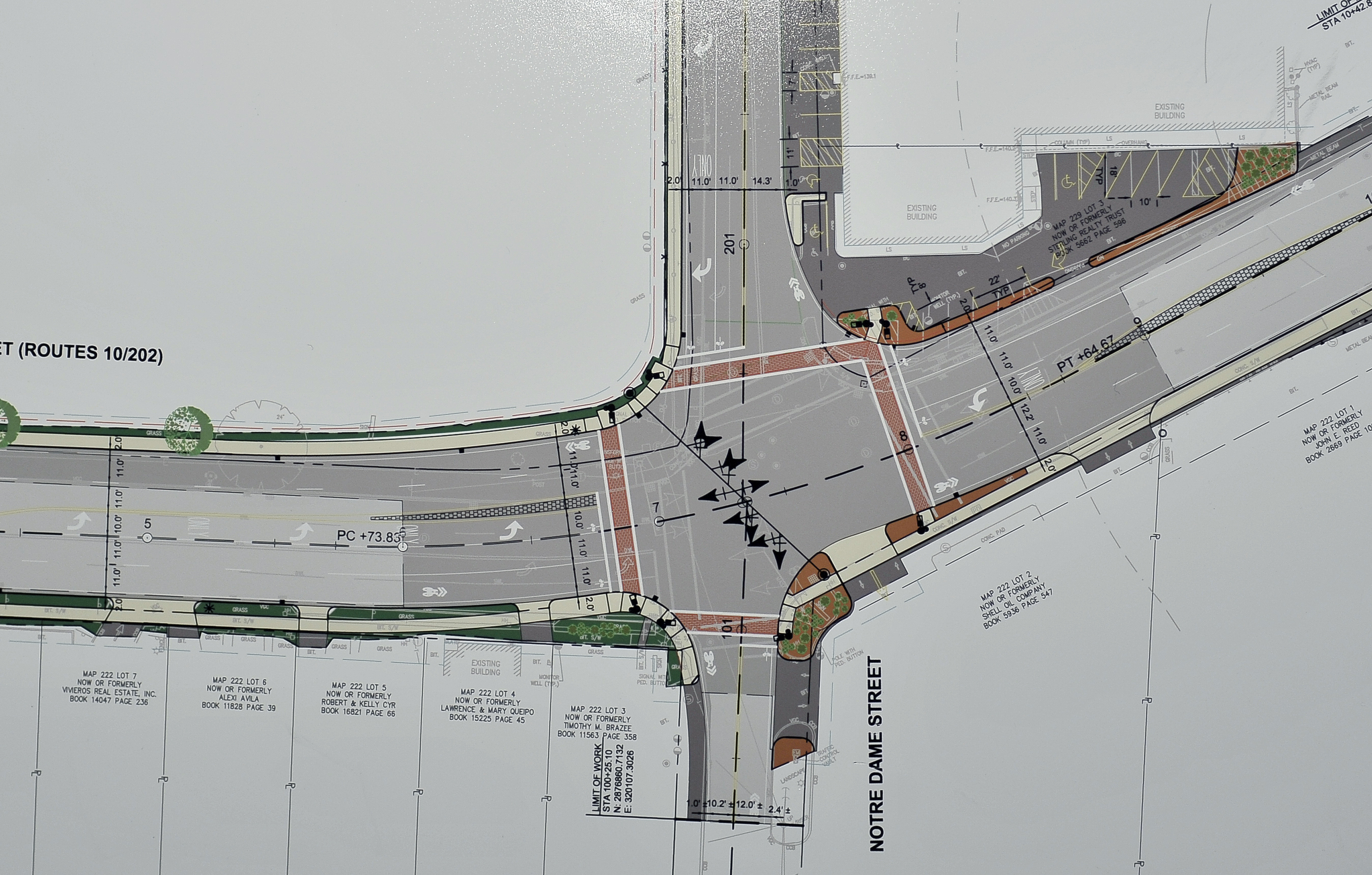 WESTFIELD – Reconstruction of North Elm and Notre Dame Streets is winding down with major elements of the project anticipated to be completed near the beginning of September.

As work continues residents have been voicing some concerns about traffic and pedestrian flow through this area.

The plans for the area, as seen on the Engineering page of the City’s web site, cityofwestfield.org, call for North Elm Street to be five lanes across in most areas between the 9/11 Memorial on the south extending to the crossing of Notre Dame St. to the north.

As requested by several of the businesses in the area, along this stretch there will be several designated pedestrian crosswalks across North Elm Street which will contain small medians providing pedestrians a safe standing area while also allowing for dedicated left turning lanes.

The small islands being installed will aid in pedestrian and turning traffic.

According to the City Engineering staff, there were two options for pedestrians in this area: create raised crosswalks similar to those on Elm Street or small islands in conjunction with the crosswalks. They opted for the latter in an effort to allow motorists to maintain their speed.