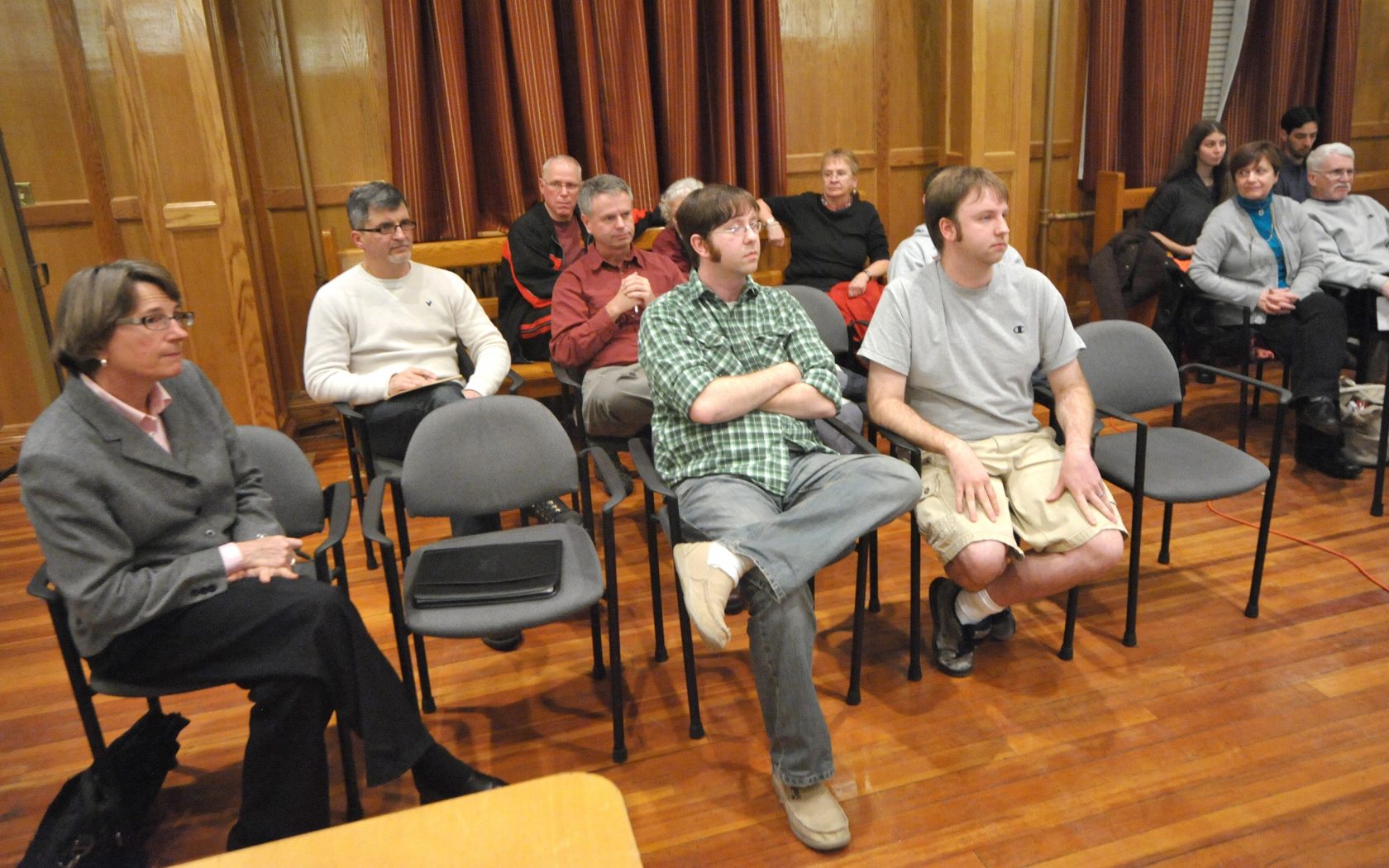 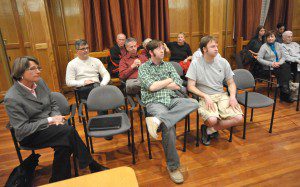 WESTFIELD – The details of infrastructure improvements, totaling $2 million under the title of Old Town Roadways Reconstruction for 2013, in the neighborhoods off Main Street, were presented to a dozen residents of that area at a public meeting held in the City Council Chambers of City Hall last night.
City Engineer Mark Cressotti and Rebecca L. Sherer, senior project manager of Tighe & Bond, said the scope of the project has been divided into two phases, with phase 1, which is related to improvements needed to support to the proposed elementary school construction project, and phase 2 which will support infrastructure improvements related to construction of a new Senior Center on Noble Street.
Phase 1 includes improvements to Cross, Ashley, State streets, Taylor Avenue and a section of East Silver Street at the intersection of Cross Street.
Cressotti said that under Phase 1 the existing water lines under Cross and a section of Ashley streets will be replaced, sidewalks installed on both sides of those streets, over-head utilities buried in conduit along Cross Street and the streets paved. The lines under Taylor Avenue and State Street will be replaced at a later date.
The area is currently served by four-inch water mains which will be replaced along Cross Street by a 12-inch main to provide fire protection to the new school and an eight-inch main under Ashley Street between Cross and State streets.
The hearing was attended by 12 citizens, seven of whom are involved in law suits against the city in an effort to stop construction of the school. One school opponent asked if the courts rule against the city, or if the city is unable to obtain state and federal agency approval for the school project, will the Old Town infrastructure improvements continue.
Cressotti said that to his knowledge the improvement work will continue, pointing to Old Town improvements in neighborhoods across the city, work that has had a significant impact on the quality of life of the residents of those areas.
Phase two includes improvements to East Silver Street, Lindbergh Boulevard, George Street, Parkside Avenue, Noble Street, Lozier Avenue, Cleveland Avenue and Cycle Street.
Cressotti said that the Phase 1 work will begin this year, most likely in July with the new fiscal year budget and should be completed within one construction season, but must also be coordinated with the school construction work, which may push that work into the 2014 construction season. Phase 2 is projected to begin for the 2014 construction cycle and be completed by 2015. The $2 million cost projection is evenly divided between water improvements and streetscape improvements, with funding from the Water Resource Department for the water improvements and Chapter 90 funding for the streetscape improvements.
Thomas Smith, whose family owns property on Cross Street and who is a sponsor of the suits against the city to stop the school construction asked Cressotti if the city has gone through the Massachusetts Environmental Policy Act (MEPA) review process for the Old Town improvements.
“This is smack in the middle of an environmental justice neighborhood, which is one MEPA trigger and a MEPA review is needed if five or more trees with a 14-inch diameter are being taken down is another trigger,” Smith said. “If this goes forward, there will be another lawsuit. So far we’re three for three and could be four for four,”
Other residents also expressed concern for the removal of trees along the east side of Cross Street and raised the issue of children bicyclists safety in light of the close proximity of the Columbia Greenway Bike Trail which will be extended through the city over the next several years.
One resident asked if the bike path will be maintained and plowed during the winter months. Cressotti said that issue is currently under review, in particular for the urban section of the trail.
“Plowing the trail downtown is a very real possibility, particularly if a lot of students are using it,” Cressotti said.
Smith also cited the fact there no members of the City Council attended the information session last night and that Ward 2, where the project is located, has no representative on the council at the current time.
Other residents expressed concern about traffic if the school is constructed, specifically the impact of Cross Street and Lindbergh Boulevard.
Cressotti said that Cross Street does not currently have a uniform width and that it is “pinched at the ends” which will require widening by one foot to make the width uniform.
Residents asked about holding lanes and drop-off lanes which will be installed as part of the school construction. Cressotti said that is part of the school construction and does not factor into the streetscape improvements in that area.