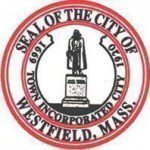 WESTFIELD – The Planning Board issued two special permits, amended another, and scheduled a balloon float for a new Verizon wireless communication tower at 70 East Mountain Road.

The balloon float for the Verizon tower was scheduled for two consecutive Saturdays, May 22 from 9 a.m. to 1 p.m. and May 29 from 1 to 4 p.m., with two successive rain dates for each, and a hearing for a special permit scheduled for June 1. The company is also seeking a waiver from the Zoning Board of Appeals in May.

A special permit was issued to Andrea York Photography to open a photography studio in her home at 52 Murray Ave. York said she has had office space in the Bismark Building since 2013, which she will retain to meet clients. She previously added studio space in Pilgrim Candle in 2019, but had to close it last year when the owners needed the space. After an “exhaustive search,” she and Donald York, co-owner, decided to convert their two-car garage at Murray Ave. into a photography studio.

Donald York said that 90 percent of the photography business is done on location for clients in parks or at their homes. He said the proposed studio space will be for headshots or the occasional family portrait. He said they are in a residential neighborhood, but don’t expect more than three to four cars a week for the home business. Plans are to leave the overhead door in place with minor interior renovation, and no exterior signage.

Planning Board member Jane Magarian asked them about the existing sign for a photography business. Andrea York said that the sign, York Photography Studio, was found in a flea market in Maine, and put up to be decorative. She said she is willing to take it down.

Chair William Carellas opened the hearing up for public participation, and read a letter from Peter and Lisa Orzechowski on Murray Avenue, who called the Yorks “great neighbors,” and said they had no concerns. John Beltrandi also spoke in favor of the home business. The permit was granted with no signage, and hours permitted seven days a week, 10 a.m. to 7 p.m.

A special permit was also granted to Bethany and David Smith for a residential kennel at 20 Old Holyoke Road, zoned rural residential.

Bethany Smith said she currently has three mixed-breed rescue dogs and would like to get a fourth. She said when she called Animal Control, they said she would need a permit. Smith said her dogs are up to date on all their shots, neutered except for the puppy who is not old enough, and have all been through basic obedience.

Magarian asked Smith if she had plans to breed dogs in the future, and she said she did not. She also thanked Smith for calling the Animal Control, and not just getting another dog.

Smith said her plans include building an outdoor enclosure next to the house away from neighbors as a play area for the dogs and to keep them safe. She said the dogs are mostly indoor dogs, and the house is 500 feet from the nearest neighbor.

Opening it to the public, Suzanne Malloy of Indian Ridge Road asked for clarification on where the outdoor shelter would be. After hearing it would be on the other side of the property, she had no objection. The special permit was granted with a limit of up to five dogs.

John Beltrandi was granted a minor modification on a permit for a house at 11 Bates St. He said the property, which he purchased last week, had a fire in 2018. He said he planned on taking the existing building and garage down this week, and building a Victorian-style duplex on the property, in keeping with the neighborhood.

Beltrandi said the building inspector, Carissa Lissee has been trying to get the building taken down for a few years. The board approved the modification to the special permit.