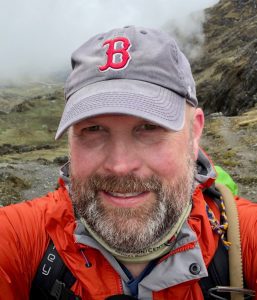 SOUTHAMPTON – Peter J. Pitoniak, 49, (1972-2021) passed away on Tuesday, August 31, 2021, at Cooley Dickinson Hospital surrounded by his family. He was born in Westfield, MA, to John and Nellie (Givens) Pitoniak. Pete served his country in the United States Marine Corps as a radio operator, from 1991-1995, attaining the rank of corporal. He was officially retired in 2000 due to injuries sustained while actively serving. He served during Operation Restore Hope in Somalia from 1992-1993. He was awarded the Sea Service Deployment Ribbon, Armed Forces Expeditionary Medal, Joint Meritorious Unit Award, Certificate of Commendation, Good Conduct Medal, Navy Unit Commendation and Meritorious Mast. Peter was the owner of Performance Testing & Balancing, LLC in Southampton; a company he started in 2004. He was a life member of the Marine Corps League, Westfield American Legion Post 124, and Sheet Metal Workers Local 63. Pete fought his battle with health issues for many years and pushed through every medical obstacle that was thrown at him with courage and dignity. In fact, Dana Farber classified him as a long term survivor, something that Pete was very proud of.  His strong will gave him a true appreciation for life. 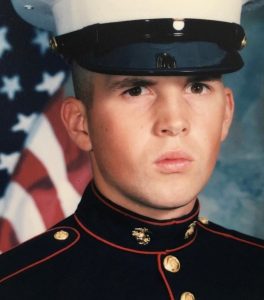 He had a love for adventure and enjoyed traveling, hiking, cutting wood, working on old cars, riding his tractor, laughing and being sarcastic with family and friends. Peter lived life with a big smile, a slight squint and twinkle in his eye and he truly took time to take it all in. He was an honest and loyal person and if you were blessed to know Peter, you know you are a better person because of the time you spent with him, something he said to you or because of something he taught you.

Peter is survived by his beloved wife Danielle M. Sanville-Pitoniak of Southampton, his parents, John and Nellie Pitoniak of Westfield, his sisters, Deborah Liquori of Enfield, CT and Lisa Olbrych and her husband Stephen of Springfield, his brother John Pitoniak and his wife Jody of Wilbraham, father and mother in law, Thomas and Kathleen Sanville of Westfield, sister-in-law Tracy Oleksak and her husband Robert of Westfield, his nieces and nephews, Joe Olbrych of Seattle, WA, with whom he shared a love for the outdoors, Kassandra and Nick Liquori, Kelsey and JT Oleksak, his devoted dog Lucy and many friends that he considered family

A Service of Remembrance will be held on Friday, September 17, 2021, at 9:45 am at Firtion Adams Funeral Home, 76 Broad Street, Westfield, followed by burial with Military Honors in the Massachusetts Veterans’ Memorial Cemetery, Agawam. Visiting hours will be held on Thursday, September 16th from 4:00-7:00pm and 8:30-9:45am Friday, September 17th at the funeral home. Donations in Peter’s name may be directed to the Food Bank of Western Mass, 97 N. Hatfield Rd., Hatfield, MA, 01038 or to the Dana Farber Cancer Institute, 450 Brookline Ave. Boston, MA, 02215. www.firtionadams.com