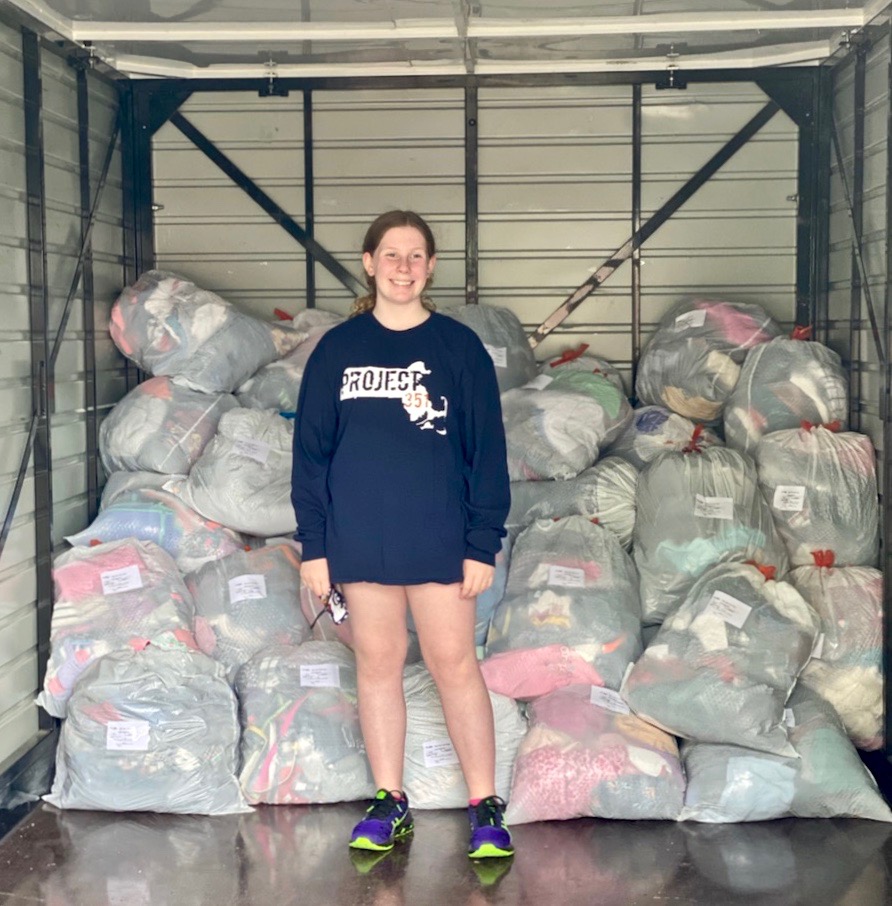 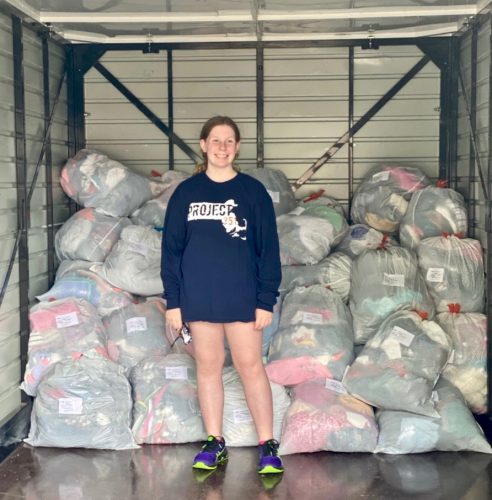 WESTFIELD – “I was really overjoyed with the amount of clothes that people donated,” said eighth grader Jillian Battles, Project 351 Ambassador to Westfield.

On Saturday morning, Battles and her mom Jen Battles were joined by Westfield Middle School Assistant Principal Karoline Kells, her grandmother Cindy Grannells and swim team friends Annie and Sophie Parades in a caravan of four vehicles to drop off 50 13-gallon bags of new and gently used clothing for newborn to youth size 10/12 at the Crayons to Cradles Massachusetts collection point in Springfield.

Another 50 bags of adult clothing and other children’s clothing that didn’t meet the Crayons to Cradles parameters went to The Salvation Army in Westfield.

Battles said brand new clothing donated to the drive filled six bags. “I was so happy with how many people contributed. I was just overwhelmed with joy,” she said. 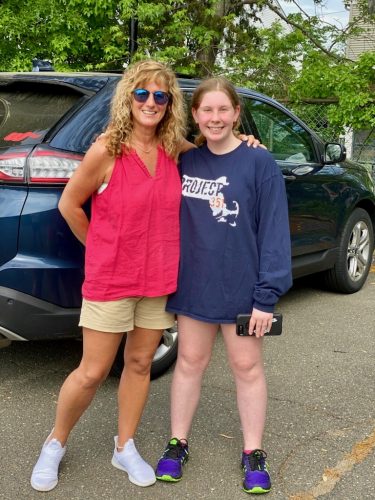 However, Jen Battles said the schools were honestly too close to call. “The donations from our boxes at the Middle and Intermediate Schools were phenomenal, as well as at the Westfield YMCA. We also had several people drop off directly to our house which was incredible,” she said, adding, “So no slime, as everyone was absolutely amazing in helping collect as much as possible to help as many children as possible.”

Jen Battles said she helped Jillian and friends from her YMCA swim team sort all the clothing at her house. “We were so overwhelmed by the generosity of everyone to help the children in need in our state,” she said. Cradles to Crayons helps to provide essentials for children in poverty throughout Massachusetts.

In June Jillian Battles is coordinating a Help and Gratitude Walk of 3.51 miles to raise money for the YMCA for another Project 351 service project.