WESTFIELD – The City Council meeting began on Thursday with ten speakers during public participation on various topics, with the majority addressing the closing of St. Mary’s High School.

Erin Carrier, president of the St. Mary’s Parish School Board, started by listing many of the prominent members of the Westfield community who have graduating from St. Mary’s High School, including court judges, city councilors, a police lieutenant, the city clerk, business manager, former city collector, members of the  School Committee current and former, members of clergy, and health providers.

“St. Mary’s graduates are an integral part of the fabric of Westfield,” Carrier said, adding, “Today, we need your help. This past Monday, Father Frank Lawlor announced St. Mary would close its doors.”

Carrier also pointed to the Diocesan policy that favors one independent school, Pope Francis, with over $1 million from parish donations given to that one school.  She said during that same year, $219,000 was divided among 11 parish schools. “For St. Mary’s alone, that was less than $33,000,” she said.

Carrier continued, by saying St. Mary’s students deserve better treatment, and appealed to the City Council to support St. Mary’s. “Politicians expect and deserve the Bishop’s support. Stand with members of your community – with students, families and alumni.  An assault on St. Mary’s is an assault on all of Westfield,” she said. 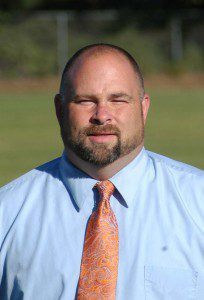 Former Athletic Director Matt Collins introduced himself as a lifelong resident, and lifelong member of St. Mary’s. He said he started school there in 1976, and since that day there has been a member of his family in the school, including his three children who currently attend.

“St. Mary’s High School is now in its darkest hour.  We have about eight weeks left before they decide to shut their doors. It means a great deal to its students, parents, alumni,” Collins said.  He said students could go to Wesfield High School, where they could get a great academic education, or Westfield Technical, which is the vocational school around, “but they choose St. Mary’s.”

Collins also talked about the lifelong connection of alumni that spans generations and the world. He said St. Mary’s has always had a good relationship with the city and the Westfield Public Schools. “I am asking the City Council to support us in any way that you can. Join in and support us in our efforts to keep St. Mary’s alive,” Collins said, asking city councilors to write a letter on their behalf.

Rich Labrie spoke next, introducing himself as a member of the Parish School Board, and also on the Bishop’s commission to study parochial education. Labrie said he met with the Bishop a few days ago. “He agreed to review our plan. He said he would contemplate our plan and let us know by the end of the week.  One of the things I discussed, is that St. Joseph’s (in Pittsfield) had three years and $800,000 to try to save their school.  St. Mary’s was given three weeks and no money,” Labrie said.

At-large Councilor Brent B. Bean, II asked Labrie how the councilors could help.

LaBrie said there is a team of lawyers who are St. Mary’s graduates.  He also said that the separation of church and state laws have relaxed, and public officials have more leeway for an investigation than ever before, and asked for help from the city’s Law Department. 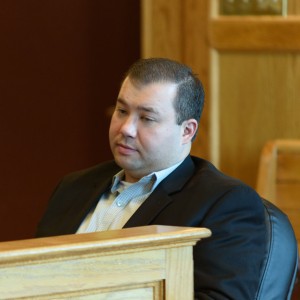 “We’re not going to be able to spend money. I would be an advocate to do fundraising in any way that we can. I don’t see any other way to do this with public money,” said Ward 3 Councilor Andrew K. Surprise, who said he also graduated from a parochial school.

“You may be surprised about using public funds,” Labrie said, explaining that they can be used for non-religious functions offered by a religious institution. He said his group will be looking for foundation, state and federal support. “We have asked the Bishop to extend the life of St. Mary’s,” Labrie said.

Labrie also said the reports that only nine students had applied as freshmen next fall were wrong. “We have eleven kids in eighth grade, and thirteen applications for the fall,” he said, adding that the situation is not as dismal as has been stated.

When Mayor Brian P. Sullivan came up to address the City Council during public participation and urge them to pass the $13 million clean water bond, he also talked about St. Mary’s closing.  “I will be writing a letter of support on behalf of St. Mary’s,” Sullivan said, suggesting that the City Council consider doing the same.  The Mayor said the closing affected a lot of his family and friends.

Tom Conlin, who lives on Avery Street, said he was having trouble on the street with college kids partying.  He said the “mayhem” has been going on for five years. Conlin said he calls the police, who break up the parties, which then spill out on to the street.  “I don’t get much sleep. It doesn’t seem like I have any rights there,” he said.

Conlin talked about a recent break in the weather. “It was a nice day, 80-90 kids out there partying. One kid was urinating on the lawn.” He said the fines are not enough. “I’m worried about this weekend because of St. Patty’s day. It’s craziness,” he added. Conlin said he was at his “wit’s end,” and asked for help from the City Council.

Bob Plasse of West Silver Street also spoke about the disturbances from college students in his neighborhood.  He acknowledged that Westfield State University does “an awful lot to try to help the students,” but he said he was asked by several residents to speak up.  “We really need to have ordinances to help the neighbors.”

Plasse said he has a group of students living behind him and next to him, whose landlords live out of town. “I had an expensive fence vandalized,” he said, adding, “Students are going to be students. We can look at people who rent out to students in a different way. We can look at them as businesses.  I’m not allowed to have a business in my home, because it’s not zoned for business. We’ve just got to do better. We’ve been basically terrorized by these students,” Plasse said.

Richard Farrell of Overlook Drive came back to the City Council after speaking about the Airbnb listing on his street two weeks ago.  “I was here a couple of weeks ago, and with the help of Councilors Burns and Flaherty, there is an agenda item that we’re thankful for,” Farrell said. He said the following two nights, incidents happened at the property, including a street light that was knocked down, and a party that got out of control, that caused the owner of the house to pull the AirBnB listing.

“Even though our problem is stabilized, we do support the Councilors coming up with a new ordinance,” Farrell said.

Former Ward 3 Councilor Brian Hoose came forward to speak on an entirely different topic. “I’m here to say how proud I am of our students who supported the Parkland students, by saying we need to do things to stop the killing in our schools,” Hoose said.  He said the young men and young women not only in Westfield, but across the Commonwealth and across the country, were peacefully representing the need to stop school shootings.

Hoose said the students were acting responsibly and turned his remarks to them. “You are not powerless. You at 16 can’t vote, but you can go out and help other people register to vote. I started at 13 working on Ted Kennedy’s campaign.  I’m so proud of their showing up,” Hoose said, adding, “I hope that people are hearing this and will stand up and support these courageous young men and women. They’re not kids anymore, they’re acting like adults.”