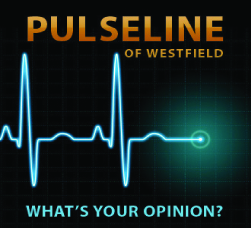 Please be advised that Governor Deval L. Patrick has ordered that the United States flag and the Commonwealth flag be lowered to half-staff at all state buildings from sunrise until sunset on Thursday, October 9, 2014, in honor of Technical Sergeant Patrick A. Rud, 32, Massachusetts Air National Guard 104th Fighter Wing, of Holyoke, who died on October 3, 2014. This gubernatorial order applies to: 1. The main or administration building of each public institution of the Commonwealth, e.g. town and city halls. 2. Other state-owned or state-controlled buildings. 3. All state military installations.

I just finished reading Monday’s Westfield News. Although I think it’s strange that the head football coach at Westfield High School, who came in with such fanfare, resigned after only four games, I was pleased to read that the position has been filled on an interim basis. It’s nice to know that the Athletic Director and any other powers-that-be involved were able to move so quickly to get what appears to be a very qualified coach in place. I hope that the players appreciate what has been done for them.

I’d like to thank Ron Kowalczyk for his work to fix the parking lot behind North Middle School. There are many families whose cars have bottomed out in the deep trench, and now it’s fixed. Thanks Ron!