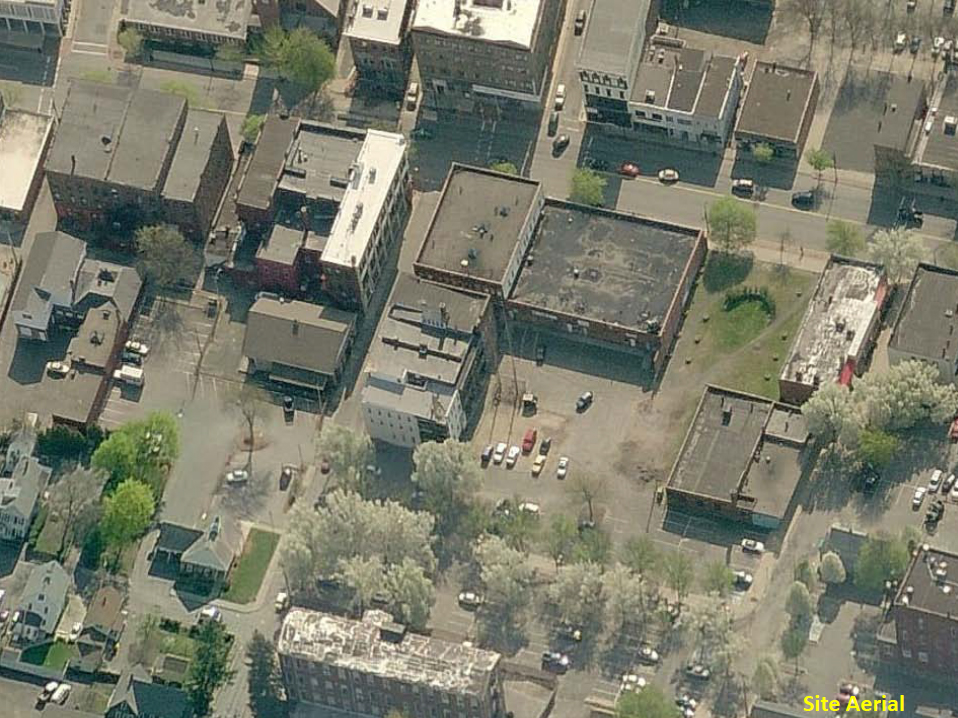 WESTFIELD – The Pioneer Valley Transit Center has purchased the Flahive Building on Arnold Street where it plans to construct the 2,700 square-foot Westfield Transit Pavilion on a three-quarter lot.
Pioneer Valley Transit Authority Administrator Mary L. MacInnes Friday confirmed the May 1 purchase posted on Mayor Daniel M. Knapik’s Facebook site last week.
“Now we’re an apartment building landlord,” MacInnes said, adding that the PVTA is working with both residential and commercial tenants to find new accommodations as required under federal law because the project is being funded through a federal grant. “We had people (a relocation consultant) contact the tenants with who we’ve been working for some time now on relocating.”
“A lot of the residents have already moved out using the relocation payment required by federal law,” MacInnes said. “The commercial tenants are also eligible for that relocation payment. That payment is an incentive to move out of the building.”
PVTA Manager of Capital Projects John Burke said the timeline for the project is to demolish the building later this fall and to begin construction of the transit facility in the early spring of 2016, with construction completed by early 2017.
Pioneer Valley Transit Authority unveiled a modernistic design of a glass and steel building for the Westfield Transit Pavilion it plans to construct on Arnold Street during an informal site plan review last January conducted by the Planning Board.
The proposed design was developed and presented to the Planning Board by Reinhardt Associates of Agawam, the architectural and engineering firm retained by the PVTA.
Reinhardt architect John D. MacMillan said the facility will have four bus berths along Arnold Street that do not project into the roadway, while the building and bus facilities will have “elements” such as benches, lights and cobble stone consistent with those of the Gaslight District reconstruction plans now in its second year of construction by Gagliarducci Construction Inc. of Springfield.
That project will encompass the area between Elm Street on the east, and Washington Street on the west, Franklin Street on the north and Court Street on the south. The Gaslight Project would improve the infrastructure and streets, while enhancing pedestrian movement in one of the city’s oldest neighborhoods abutting Elm Street.
Existing underground utilities would be replaced and overhead utilities will be buried to support further commercial and residential development in the neighborhood. A new street will be constructed through the Arnold Street municipal parking lot at an offset with Summer Street and the cut through between Church and School streets. Sidewalks will be installed with pump-outs to increase pedestrian safety.
A key focus of the Gaslight Project will be to improve and enhance pedestrian and vehicle movement, including PVTA buses, between the municipal parking facilities and the city’s downtown commercial and entertainment district. Arnold Street will be widened between Elm and Summer streets to accommodate bus movements.