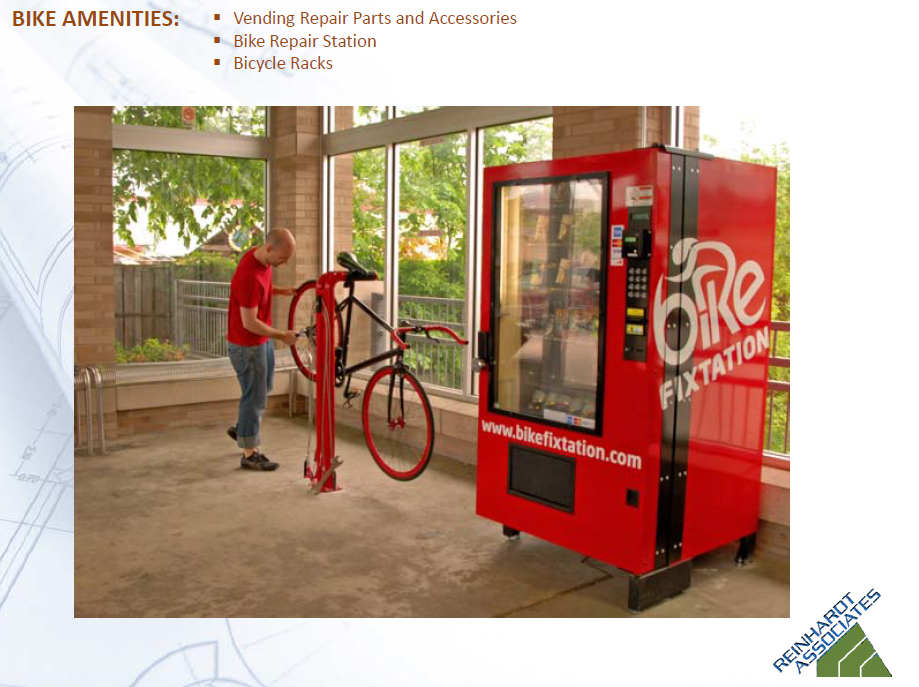 WESTFIELD – The Pioneer Valley Transit Authority unveiled a modernistic design of a glass and steel building for the Westfield Transit Pavilion it plans to construct on Arnold Street during an informal site plan review last night by the Planning Board.
The proposed design was presented by Reinhardt Associates of Agawam, the architectural and engineering firm retained by the PVTA, and John Burke, the PVTA Manager of Capital Projects.
The design was driven by a desire to create an inviting, secure and energy efficient 2,700 square-foot facility on a three-quarter-acre lot presently occupied by the Flahive building, which will be demolished to clear way for the Transit Pavilion.
“The design is consistent with the (Elm Street urban renewal) master plan approved by your City Council (in June of 2013),” Reinhardt architect John D. MacMillan said.
The facility will have four bus berths along Arnold Street that do not project into the roadway, MacMillan said. The building and bus facilities will have “elements” such as benches, lights and cobble stone consistent with those of the Gaslight District reconstruction plans.
“Those elements will extend the Gaslight District accessories onto the transit center,” MacMillan said.
The proposed design will be a single story, but will have the height of a two-story building with predominately glass walls to increase energy efficiency.
“The design also emphasizes bike traffic because it will be in proximity to the rail trail,” MacMillan said. “It will have a bicycle repair rack and a bicycle parts vending machine to enable minor repairs.”
“The building will be well illuminated and secure,” MacMillan said. “The intent of the design is to improve safety and visibility around the building.”
Several Planning Board members said the “modernistic” design does not fit into the existing character of the downtown neighborhood.
“It’s a beautiful building,” board member Peter Fiordalice said, “but how does it fit into the downtown, the historic buildings?”
MacMillan said the design of a glass and steel structure to increase viability both inside the structure and in the areas around the building was the driving factor “so people feel safe and secure.”
The building will have an electronic display showing the location of the PVTA buses as they move along the designated routes.
Board member Carl Vincent also expressed concern for the design concept.
“This is a completely different façade. Could you try blending in more into the existing neighborhood?” Vincent asked.
City Advancement Officer Joe Mitchell said the transit pavilion is a transitional piece of the total Elm Street commercial project.
“This is one element of the master plan,” Mitchell said. “Elm Street is very historic and the multiuse (commercial) building will maintain that historic appearance. The transit pavilion is the transition from the historic building appearance of Elm Street to a functional parking garage that will be constructed as part of the commercial project.”