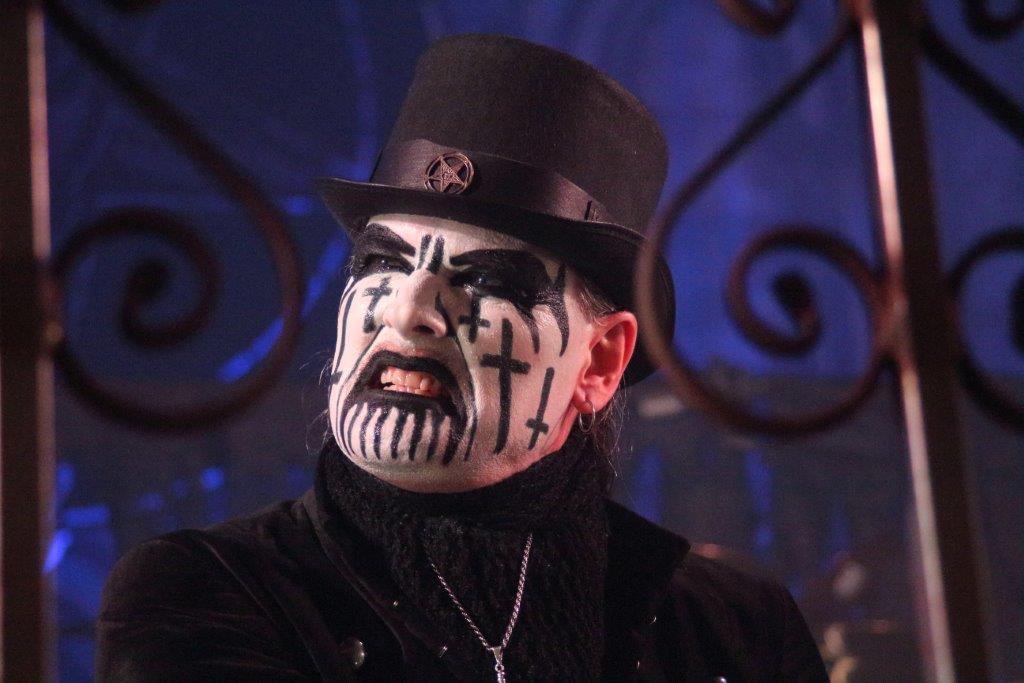 WORCESTER – I know what you’re thinking and no not that King… but it is King Diamond, the mighty metal madman originally from Denmark now making his home in the evil state of Texas.
King Diamond, the face-painted devil-worshipping former lead singer of 1980s heavy metal band Mercyful Fate, announced earlier this year that he would be putting together his first US tour in more than a decade… well, the metal world rejoiced. The King and his former band Mercyful Fate have been cited as an influence to a number of modern day bands including megastars Metallica.
This show was part of Worcester’s annual Rock and Shock festival which is one part horror movie convention and one part music festival. King Diamond’s return to the area marked the kick-off of the convention.
The curtain dropped and the stage setup was amazing. There were actual ten-foot-high cemetery gates in front of the stage that the band played behind. Adding to that were spooky staircases on each side of the stage that led to the King’s alter above the drum riser… appropriately adorned with a giant pentagram lit in red lighting. Two giant upside down crosses, the occasional gargoyle head and blood splatters made the stage complete.
King opened the show with The Candle, off of his first solo release Fatal Portrait, which set the tone on this night. Sleepless Nights followed and then the first surprise of the night was grandma’s appearance for the song Welcome Home. King Diamond’s version of grandma is just what you would expect… rolling on to the stage in a wooden wheel chair, this was possibly the creepiest looking grandma I have ever seen. Cool stage prop though, as the grandma character has appeared in a number of his songs.
The rest of the set included songs from almost all of his solo releases and a couple of surprises in the form of two songs from his former band Mercyful Fate. Evil and Come to the Sabbath were chosen from the vast catalog of Mercyful Fate songs and those choices did not disappoint the packed crowd at The Palladium in Worcester. Also to note, I purchased the Mercyful Fate record Melissa when it came out in 1983 which included the song Evil on it. It was an added bonus for me to hear that song live for the very first time.
King Diamond closed out the night’s set with a rather obscure song, Eye of the Witch. Thankfully this was just the set ending and the King came back onstage for a three song encore that included Cremation, The Family Ghost and Black Horsemen.
Handpicked by the King to open the show were Jess and The Ancient Ones. With an almost hour-long set, fans were growing a little restless waiting for the headliner. The band had a good sound to them, maybe overdoing it with the devil references, but overall not a bad opener.
Mike Augusti’s Rawk Report provides live music reviews of local concerts in Massachusetts and Connecticut. Check out the Rawk Report on Facebook for more information. Feel free to reach out at [email protected]