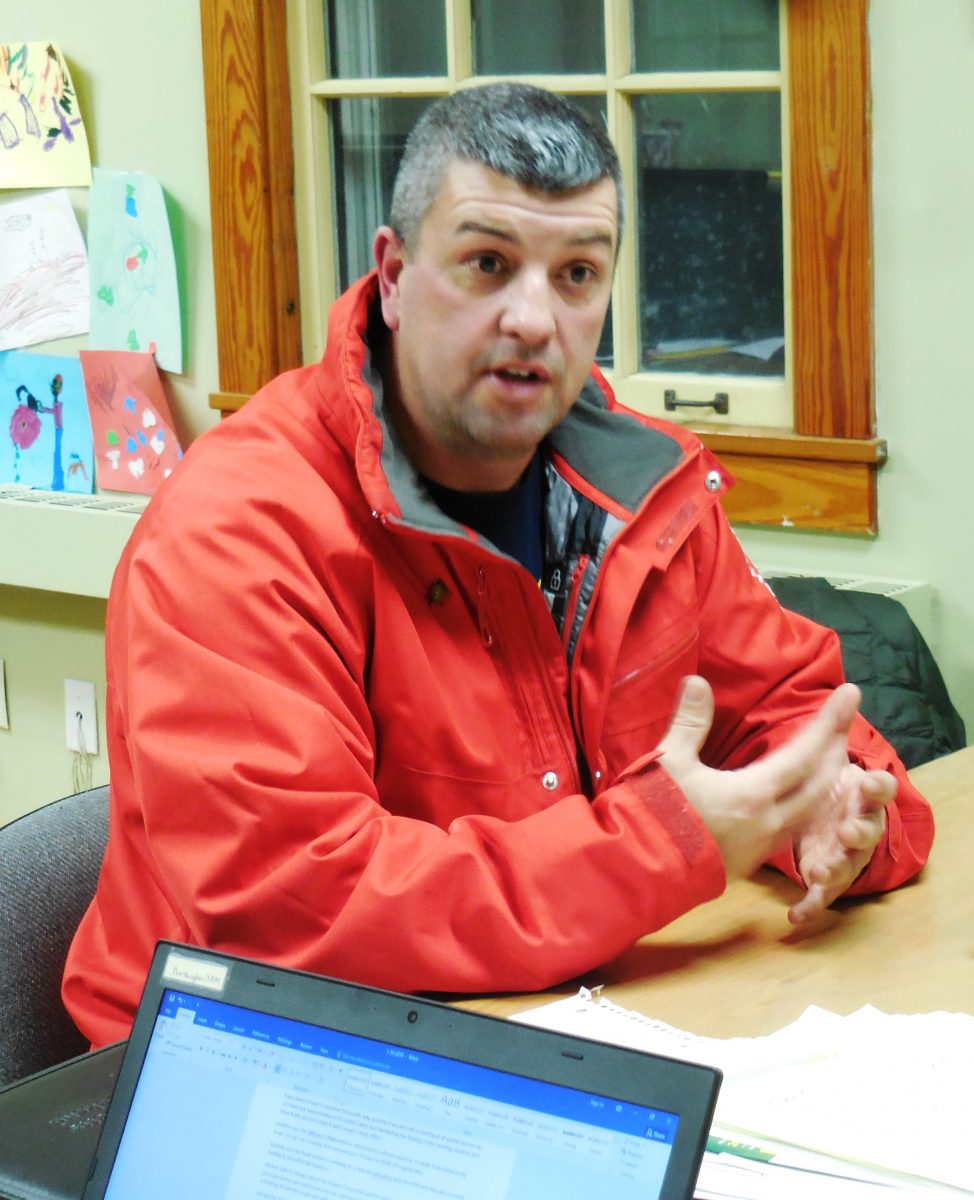 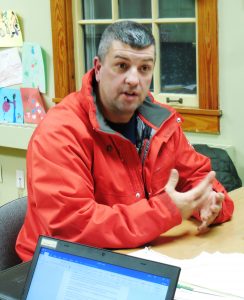 Dennis Nazzaro, Huntington Emergency Management Director at a Board of Selectmen meeting earlier in January. (Photos by Amy Porter)

Huntington – At a Board of Selectmen meeting earlier this month, Huntington’s Emergency Management Director (EMD) Dennis Nazzaro updated the board on plans for the town’s Emergency Operation Center. Nazzaro said by Massachusetts law every town has to have one, just as every town has to have an EMD.
Nazzaro said a few years ago, Huntington Police Chief Robert Garriepy set up a center and police garage at the transfer station. Some of the potential emergencies faced in Huntington could include train tracks, flooding of the west branch of the Westfield River where Town Hall sits, and Gateway Regional, which could be susceptible to a dam breach at Knightville Dam.
Nazzaro also informed the selectmen that 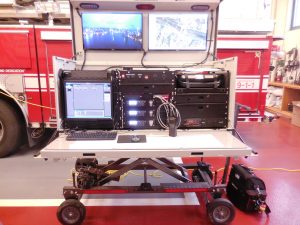 The new portable command pod for the four Western Mass counties will be housed in Huntington.

Huntington will also be housing a portable command pod, an emergency operations center with radios for police, fire, highway and EMS that the Western Mass Law Enforcement Agency (WMLEC) obtained on a grant from the Western Region Homeland Security Advisory Council (WRHSAC) with funds received from the US Department of Homeland Security (formerly FEMA). The command pod will be a regional asset, available to the four Western Mass counties. Nazzaro said the command pod was expected to be delivered later that week from thepodrunner.com.
When the command pod arrived, Nazzaro said it needed more setup than he expected, and brought it down to the Northampton Fire Station where he works as a firefighter. When it’s all set up, he will move it back to Huntington, where it will be housed and ready to go. 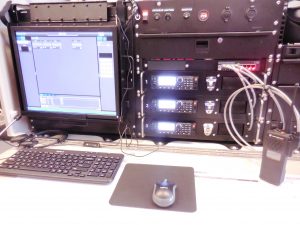 The command pod has three radios and the ability to patch in external radios that can be monitored on the screen. Also shown top right is a printer, to print out maps and IAPs.

Nazzaro demonstrated the unit in Northampton. He said it is basically a portable dispatcher with three radios, and the ability to patch in a portable radio. On site patching in an exterior radio would connect that department with the command station and allow them to communicate with everyone on the system. For example, on a joint response to a fire, Montgomery and Russell could be patched through and able to communicate.

It’s also a communications cradle point with big external antennas that can get internet from cell towers, and create a Wi-Fi hot spot anywhere. The pod also contains a printer for maps and IAPs (Incident Action Plans), an Apple TV box and an onboard computer that connects to the internet and can download anything. If someone has an iPhone, they can click on an app on the phone or tablet and project onto the screen. The TV can also get off-air, local stations with its powerful antennae. The pod also has an onboard generator and batteries. 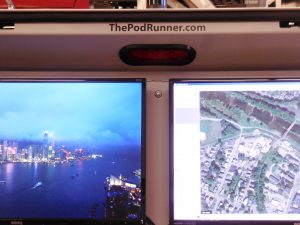 The Apple TV (left) can also pick up local stations with the antennae. Shown on the onboard computer (right) is Google Maps.

Nazzaro said Google Earth images can be used for a fire, a brush fire or structure fire; or a technical rescue, such as an injured hiker on Skinner Mt. requiring ropes and rappelling. He said the command pod could come in behind the EMS, print topographical maps, video footage, weather, and show available trails to the site.
He said other applications include missing person, criminal investigations, tornados, hurricanes, and big snow storms with its all in one place monitoring. It also has the ability to link to the state and to the Massachusetts Emergency Management Agency (MEMA) to monitor ongoing disasters, such as a hurricane or tornado.
“We had a use for it and there was nothing around like it,” Nazzaro said. There are other command stations in the state, but they are the size of a truck or trailer. This one can be towed behind a truck, and can work in conjunction with larger command stations. It can also be wheeled into a building and housed inside. He said that since the unit is being federally funded it must be available state-wide for use; however, it is intended for use primarily by the four Western Mass counties.
WMLEC agreed to allow Huntington to house it and be responsible for it. Being housed in Huntington, it will be available to the towns for use in big snow storms and other events.