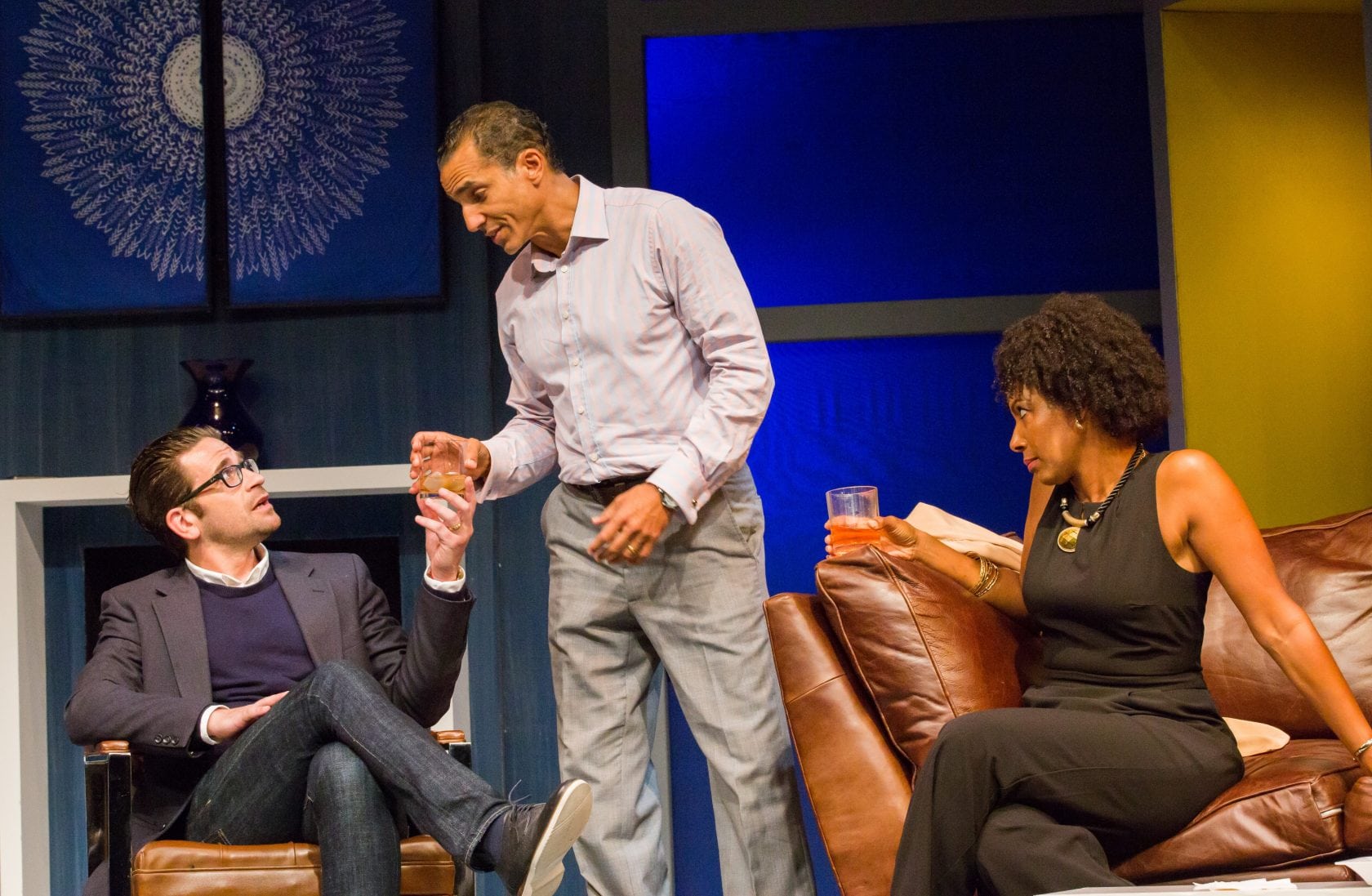 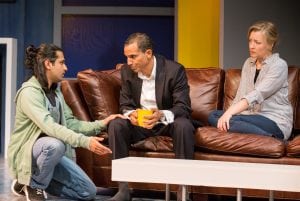 Ayad Akhtar, the American novelist and playwright, may be one of the most talked-about playwrights on today’s theatre scene, and Chester Theatre Company brings his Pulitzer Prize winner Disgraced to the stage, directed by WAM Theatre’s gifted Kristen Van Ginhoven. Disgraced is a dynamic theatrical experience, where an upscale dinner party disintergrates into a violent culture clash between four accomplished people, who have been able to assimilate into the fast-paced post-9/11 world of East Side Manhattan.

Akhtar won the Pulitzer Prize for his intense play, Disgraced, now playing at Chester Theatre through July 15. The play premiered at American Theatre Company in Chicago, and moved to Lincoln Center, before setlling in on Broadway. Akhtar published his first novel, American Dervish, which is said to be one of a seven-work cycle exploring the Muslim-American experience. His financial thriller, The Invisible Hand, was a huge hit at TheaterWorks in Hartford, and his most recent work, Junk, was nominated for the Tony Award last season. 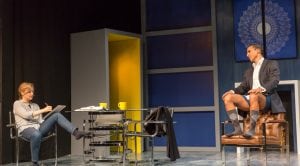 At a posh Upper East Side townhouse, Amir, a Pakistani-born, Muslim-raised successful mergers and acquisitions lawyer, who has left his beginnings behind and assimilated into American society, and his American wife, Emily throw a swank dinner. Emily is interested in Islamic art. Their guests include Jory, an African-American colleague of Amir’s who is also on the fast track to success, and her Jewish art curator boyfriend, Isaac. Between the appetizers and the salad course, racial tensions, Islamophobia, breaks with tradition and other elements converge; by the salad course, four lives are shattered and altered. Akhtar’s writing is superb, and Kristen Van Ginhoven’s direction brings out the tensions and tragedies of people trying to understand each other’s point of view.

Juliana von Haubrich’s sets use every inch of the small Chester Theatre, and James McNamara’s lighting is superb. Kim Stauffer as the American wife Emily, last seen in Barrington Stage’s Gaslight, and a regular at WAM, offers a rich performance opposite J, Paul Nicholas as her Americanized husband. He’s adept at Akhtar plays and he’s outstanding on every level. 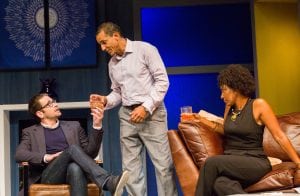 Since Daniel Elihu Kramer took on the leadership of Chester Theatre, the offerings are better than before, and the theatre has reached out to the artistic community in W.Mass. Van Ginhoven brought some of her talents from WAM to Chester, and other artists are the creme de la creme of area professional stages. Chester, once called a miniature theatre, may be small in physical size, but it’s huge in artistry and well worth the visit.