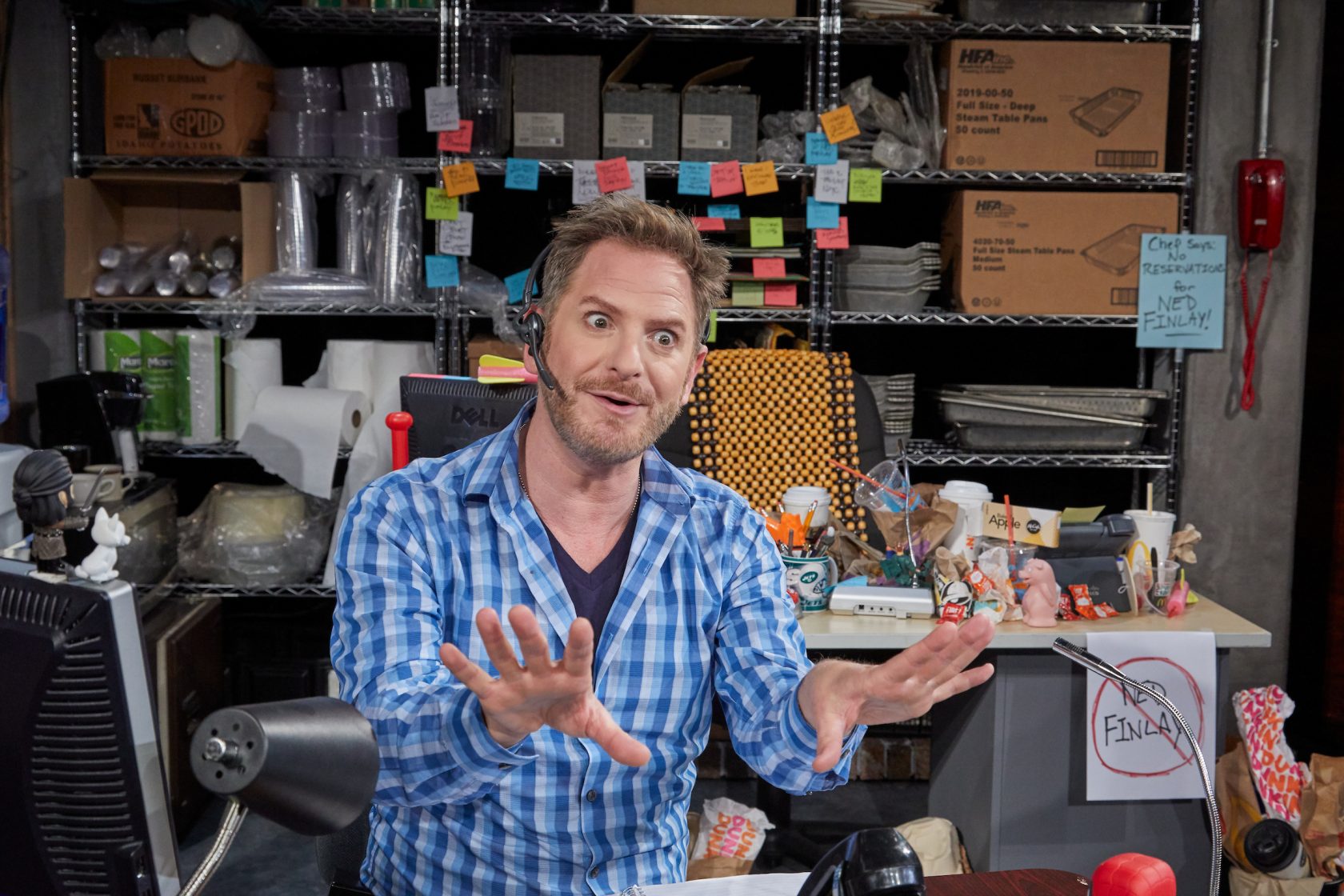 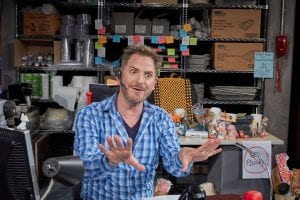 TheaterWorks ends its current season with the delicious laugh riot Fully Committed, Becky Mode’s zany portrait of Sam, unemployed actor who works the reservations desk at New York’s newest chic A-List restaurant that has every foodie in the world and every VIP clamoring for a reservation. Mode, one-time actress, coat-check girl, an  and waitress, knows the characters working in the restaurants, the customers begging for a table, and the other out-of-work actors making ends meet by working as waiters, busboys, and reservationists. Jamison Stern, the actor who charmed Goodspeed audiences in La Cage Aux Folles and TheaterWorks audiences in The Legend of Georgia McBride, gives a fantastic performance as Sam, and thirty other folk, in an energetic, zany performance that is over-the-top creative, and touchingly charming at the same time.

Fully Committed opened Off-Broadway in 1999, and Mode tweaked the script for Jesse Tyler Ferguson, who starred in its Broadway revival three years ago. Mode updated some of the references to the “A List” of Y2K, adding some funny references to Gwenyth Paltrow, Diane Sawyer, and Bernie Sanders.

Bill Fennelly’s direction is smooth and satisfying, and Brian Prather’s restaurant basement set, a hodge-podge of glasses, serving platters, and junk fills the TheaterWorks temporary stage at the Wadsworth Atheneum. The star of the production team is sound designer Frederick Kennedy, who ha created a symphony of ringing telephones, intercoms, ringtones, an more, all combined with Fennelly’s staging in split second timing.

Jamison Stern’s performance as Sam and the restaurant characters, is simply astonishing. Every character is distinct, and Stern accentuates the outlandish qualities of each. He’s also poignant as Sam, an out of work actor, hoping for a callback for a Lincoln Center production. Sam is low on cash, self-esteem, trying to be a good son to his recently widowed dad, and trying to get over a recent romantic breakdown. For almost ninety frenetic minutes, Stern never drops the high octane energy level. I’m in awe of his performance.

TheaterWorks has become the area’s go-to theatre for out of the box and offbeat theatre, and Fully Committed is a fun way to end the summer theatre season. Artistic Director Rob Ruggiero and a terrific company have found plays and musicals that push the envelopes and satisfy those who want theatre to take them on a new journey. TheaterWorks, following Fully Committed, returns to its Pearl Street home, which is almost done with renovations. It has been a great eason, and I’m so thrilled that I got to be a part of it..