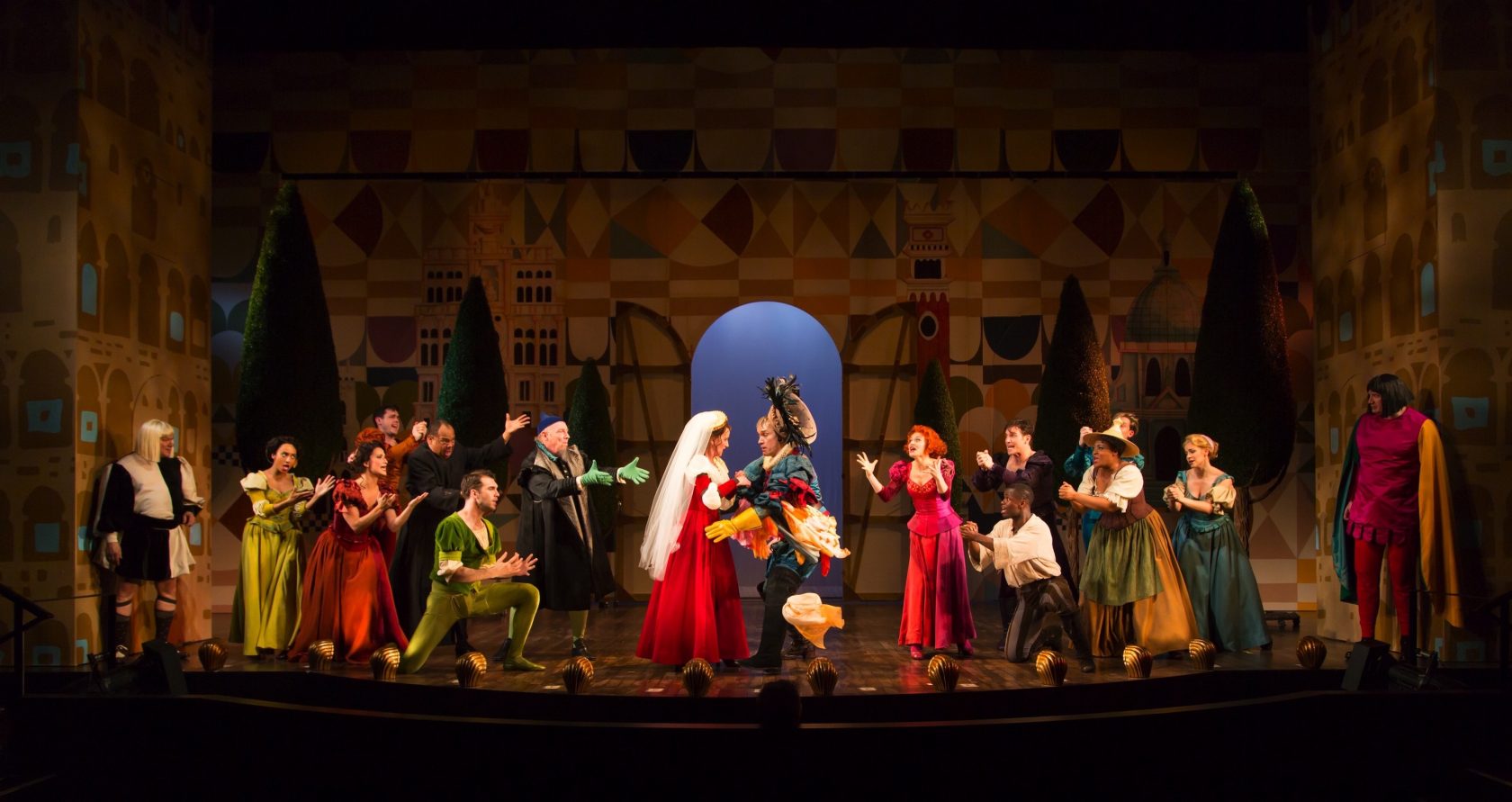 HARTFORD – The advance buzz on Hartford Stage’s new production of “Kiss Me, Kate” has been sizzling. Friends who have caught preview performances have been showering the production with praise. The online theatre chatterers are clutching their pearls as they gush on and on, over the show’s many riches. They’re all right. This revival of the Cole Porter classic, and the grand, oh so grand finale, of Hartford Stage’s enthralling season, exceeds the word on the street. It’s just too darn hot to miss.
Director Darko Tresnjak, a Tony Award winner for best director of a musical for last season’s “A Gentleman’s Guide to Love and Murder”, has a way with musicals. He also has a way with Shakespeare–his staging of “Hamlet” earlier this season was tour-de-force. So, a musical like “Kiss Me, Kate”, based on Shakespeare’s “The Taming of The Shrew” is a perfect match for Trsnjak. Cole Porter tuneful and witty music and lyrics, Bella and Samuel Spewack’s very funny script, and William Shakespeare’s comedic Shrew combine to provide a laugh-filled evening of showtune standards from Broadway’s musical anthem “Another Openin’ Another Show” to the incendiary “Too Darn Hot”, and the very funny “Brush Up Your Shakespeare”. 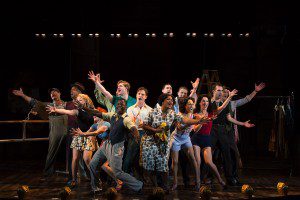 The “Kiss Me Kate” ensemble. (Photo by T. Charles Erickson)

For those who haven’t seen the movie or a previous production, “Kiss Me, Kate” is the story of a theatre troupe trying out a new musical version of Shakespeare’s “The Taming of The Shrew”. Producer/director star Fred Graham (Mike McGowan), and co-star, his former wife Lilli Vanessi (Anastasia Barzee) are playing Petrucio, who comes to Padua in earch of a wife. He gets Katherine, the shrew. The show’s ingenue, Lois Lane (Megan Sikora) is flirting with Graham and also Bill Calhoun (Tyler Hanes), who builds up a major gambling debt, and signs the IOU as Fred Graham. As the company performs the Shakespearean classic, two gangsters (Brendan Averett and Joel Blum) come backstage to collect. It’s fair to say that hilarity, spiced with some rhymed couplets and double entendres, is guaranteed. 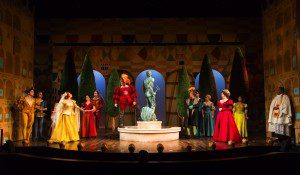 The “Kiss Me Kate” ensemble. (Photo by T. Charles Erickson)

Darko Tresnjak’s staging, which reveres the material and showcases wit and innuendo, and Peggy Hickey’s jazzy choreography are winners. Alexander Dodge’s clever sets, complete with recolving stage cinematically change from a well-worn backstage in an old Baltimore theatre to the streets and piazzas of Padua. There are colorful costumes by Fabio Toblini, all lit spectacularly by Phillip S. Rosenberg. Kris Kukul’s music direction is true to Porter’s score, and the orchestra is superb. 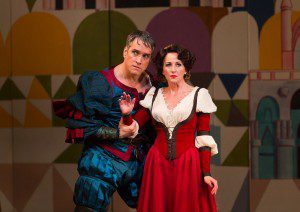 Mike McGowan and Anastasia Barzee as Fred Graham and Lili Vanessi in “Kis Me Kate”. (Photo by T. Charles Erickson)

There are several showstoppers in this production. “Brush Up Your Shakespeare”, the gangsters’ vaudevillian Bard tribute had the audience applauding, as did “Too Darn Hot”, which featured a nimble James T. Lane, some hot jazz moves, and a high-spirited ensemble. Mike McGowan and Anastasia Barzee sang and acted the roles of Fred and Lilli with star power. Megan Sikora as Bianca and her suitors Tyler Hanes (who did a mean tap in “Bianca”), Giovanni Bonaventura, and Barrett Martin won a serious round of applause in the “Tom, Dick, or Harry” number. Kudos also to Charity Angel Dawson, who set the musical moving with the opening “Another Opening, Another show”.
It’s been a thrilling season at Hartford Stage this season, and “Kiss Me, Kate” throws the thrill meter over the top. Tickets sales are brisk, and the show only runs through June 14, before it heads west to The Old Globe in San Diego. Get thee to the funnery of “Kiss Me Kate”.
Hartford Stage presents “Kiss Me, Kate”. Music and lyrics by Cole Porter. Book by Bella and Samuel Spewack. Directed by Darko Tresnjak. Choreography by Peggy Hickey. Musical direction by Kris Kukul. Scenic design by Alexander Dodge. Costume design by Fabio Toblini. Lighting design by Philip Rosenberg. Sound design by Jonathan Deans. Cast: Anastasia Barzee (Lilli Vanessi/Katherine), Mike McGowan (Fred Graham/Petruchio), Megan Sikora (Lois Lane/Bianca), Tyler Hanes (Bill Calhoun/Lucento), through Julne 14. A co-production with The Old Globe, San Diego. Hartford Stage, 50 Church Street, Hartford, CT. . For tickets: 860-527-5151 or www.hartfordstage.org
Mark G. Auerbach studied theatre at American University and the Yale School of Drama. He’s worked for arts organizations and reported on theatre for newspapers and radio.