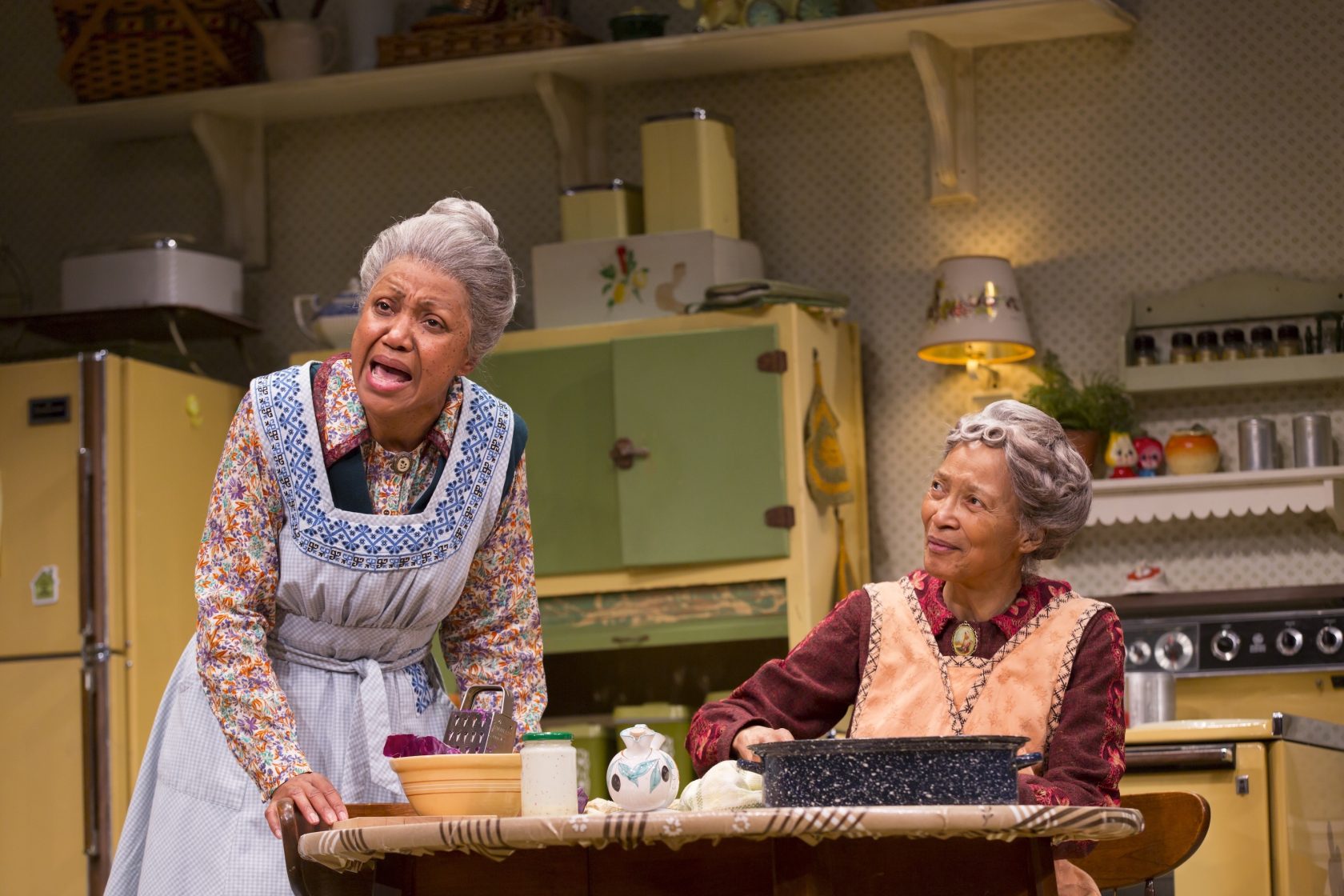 We can learn a lot from the stories of the elders. I learned that first hand, when NPR’s Neenah Ellis profiled several centenarians for a series called “If I Live To Be 100”, later published as a book. She profiled a woman, Annie Wilmot,now deceased, from outside Springfield, MA, who lived on a lake in Southwick, and at age 102, still went rowing on the lake and occasionally skinny-dipping. When I produced a reading/booksigning of Ellis’ book, Annie showed up, and I was regaled with stories of the past. I like hearing about “the good old days” from my 97 year old father and his friends. 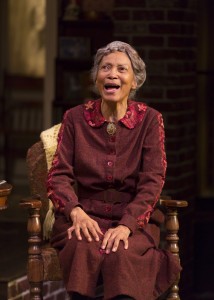 Olivia Cole in Having Our Say at Hartford Stage. (Photo by T. Charles Erickson)

Hartford Stage’s current show, *Having Our Say: The Delany Sisters First 100 Years*, was a big hit on Broadway, when it arrived in The Big Apple in 1995, and was subsequently, popular on tour, before becoming a TV movie.

Emily Mann, the theatre director, adapted the Delany Sisters’ bestseller about their family history, which traces an African American family from

This co-production with Long Wharf Theatre, which arrives in Hartford polished and at its finest, chronicles the history of an African American family, as told by two centenarians, who are accomplished, educated women of the 1990s with a respect for the past. Sadie Delany is a high school teacher. Bessie Delany is a dentist. Emily Mann, the director of the McCarter Theatre at Princeton, emphasizes the art of storytelling in the script, and the theatrics come from the very fine performances without any special effects and pyrotechnics.

Director Jade King Carroll was familiar with the original Broadway staging, because her father, Baikida Carroll, had composed the music for the Broadway production (which is used here in Hartford). Working with the fine sets of Alexis Distler, complete with functioning kitchen; great costumes and lighting by Karen Perry and Nicole Pearce, and sound design of Karin Graybash, Carroll has an intricate milieu for staging.the two character play.   The direction, especially the intricate dinner preparation

sequences and the tight choreography of the two sisters’ movements as they share and tell each other’s stories is great. I must add that Paul Piekarz’s projections, which combine photos of the real Delany sisters, their family, and images of the times, adds perspective. 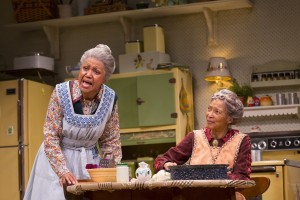 Brenda Pressley and Olivia Cole in Having Our Say at Hartford Stage. (Photo by T. Charles Erickson)

The performances by Olivia Cole and Brenda Pressley are so very satisfying.

From their playbill credits (I’m more familiar with Pressley’s work), I’ll venture a guess that they’re much younger than the Delany sisters at the time the play takes place, but they both have that spry, coherent, and fluid character and movements that we wished our elders have.

The “American Experience” has been front and center in my theatre-going of late, listening to the brilliant cast recording of *Hamilton*, seeing the history of my pre-teen and teenage years through the music of *Motown: The Musica*l, and now experiencing someone else’s personal history that is different from mine in *Having Our Say:The Delany Sisters’ First 100 Years*.

I found myself very much at home with these two strong women, their lives so rich and admirable, and amidst performance, directorial, and production elements that continue to shine at Hartford Stage.

Olivia Cole in Having Our Say at Hartford Stage. (Photo by T. Charles Erickson)

Hartford Stage, in association with Long Wharf Theatre presents *Having our Say: The Delany Sisters’ First 100 Years *by Emily Mann. Adapted from the book by Sarah L. Delany and A. Elizabeth Delany with Amy Hill Hearth.