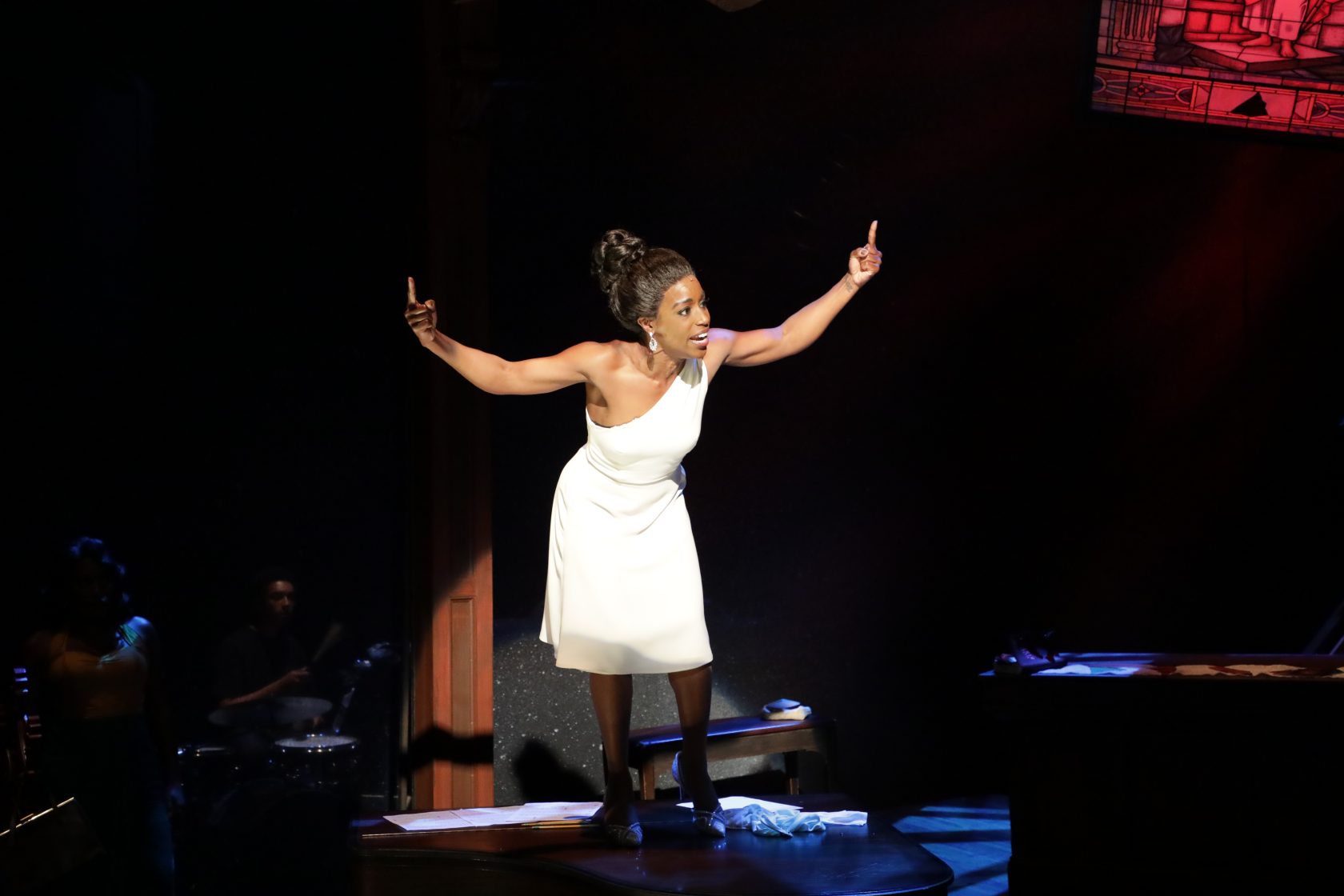 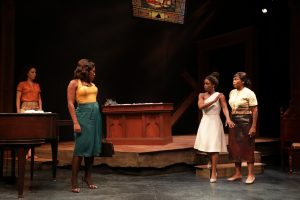 When Nina Simone: Four Women sings at Berkshire Theatre Group’s Unicorn Theatre, it soars. Christina Ham’s biography with music either performed by, written for, or written by the multi-talented Nina Simone (1933-2003) explores Simone’s transition from artist to activist. The classically-trained Simone, whose music career began with jazz, blues, folk, and pop was changed by her reaction to the 1963 church bombing in Alabama, which killed four girls. As she writes an homage, the acclaimed song “Four Women” (1966), she reacts to the women she knows in the Black community — strong, independent, determined women, as yet not unified in the cause because of their own limitations, and their inability to escape their own stereotypes. Ham’s book weaves together songs of Simone, from “Mississippi Goddam” to “Sinner Man,” “Images,” “Young, Gifted and Black”  and “Brown Baby.” 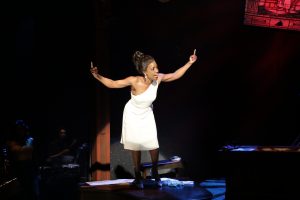 Ham’s book lays on the polemic, much of which is expressed by the songs themselves. Gerry McIntyre’s staging is thoughtful, and Dante Harrell’s music direction and keyboards, along with Diego Mongue’s percussion, shake the rafters of the Unicorn. Kaique DeSouza’s sound, jarring at times, supports the band and the singers. Randall Parsons has created a multi-level set, which ingeniously fills the small Unicorn stage, which is well-lit by Matthew E. Adelson, and Sarafina Bush’s costumes recreate the Kennedy-era deep South.

Felicia Curry, the Washington-based actor and alum of The Capitol Steps, is a tour-de-force Nina Simone, supplying one of the best singing voices heard on any area stage in recent memory, with solid acting chops. The other three quarters of the quartet, Darlesia Cearcy as “Aunt Sarah,” Sasha Hutchings as “Sephronia” and Najah Hetsberger as “Sweet Sing” are fine vocalists.

I’d have preferred more song and less backstory, but I can’t wait to listen to some of Simone’s work on record. And, I won’t forget Felicia Curry’s performance. Nina Simone: Four Women runs through Sept. 5. 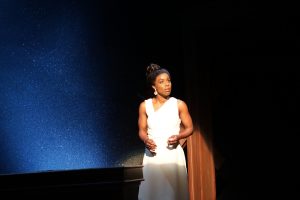 Mark G. Auerbach studied theatre at American University and The Yale School of Drama. He has worked for arts organizations nationwide, and reported on the arts for print and broadcast. Mark produces and hosts ArtsBeat, Athenaeum Spotlight and On The Mark for WCPC15 and 89.5fm/WSKB, and he’s a regular contributor to Pioneer Valley Radio. He is also a member of the Berkshire Theatre Critics Association.