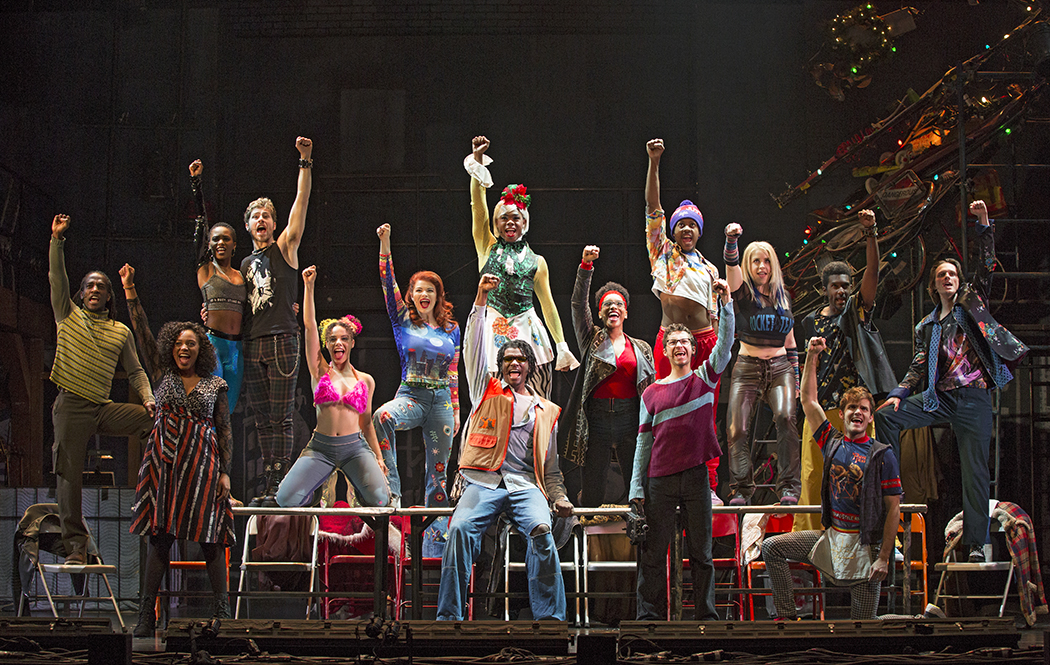 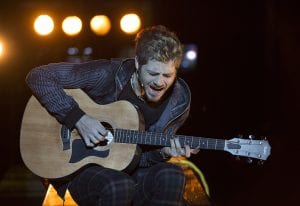 When Rent, which first workshopped in New York some 25 years ago, caught on, it changed the shape of the modern Broadway musical. Adapted by Jonathan Larson, it took the beloved characters and themes of Puccini’s La Boheme, moved them to the East Village in the then present-day, and changed Broadway and its audiences. The characters of Puccini’s La Boheme, were updated from starving artists who find love at first light in the streets of Paris, to starving artists and outcasts, some gay, some in drag, some HIV+, and all of them trying to find their place in life in “La Vie Boheme”.Rent picked up a slew of awards from The Pulitzer to the Tony Awards, and fueled a public relations hysteria, with “Rent Heads” lining up in front of the theatres in hopes of a ticket, to stories of the backstage tragedy, where creator Jonathan Larson died tragically young, days before opening night. 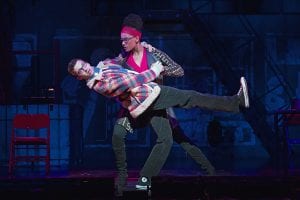 Rent gave us an anthem turned stanard, “Seasons of Love” and its cast of unknwons became mainstays in theatre. Wicked’s Idina Menzel and Law & Order’s Jesse L Martin are alums. So is Taye Diggs, Adam Pascal and Anthony Rapp. Lin-Manuel Miranda of Hamilton fame says he was inspired by Rent, and of course, Hamilton became the next Broadway hit to appeal to all generations.

I saw Rent on Broadway, but skipped the movie and the recent live TV version, so I was interested in seeing how the show holds up 2+ decades later. As the years have passed, I’ve become enamored with its source, Puccini’s opera, and I realize Larson’s genius in rethinking one classic and turning it into another, complete with the occasional strains of “Musetta’s Waltz”. Rent’s score is more than “Seasons of Love”…”Take Me or Leave Me” and “Over The Moon” are powerful. 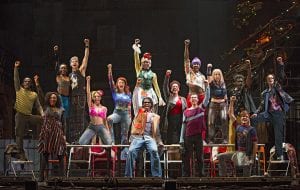 Evan Ensign’s staging enhances Michael Greif’s original direction, and Marlies Yearby has created some fine dancing. The physical production has rich sets by Paul Clay, great costumes by Angela Wendt, and superlative lighting byJonathan Spencer. Keith Caffiano’s sound design is ear shattering, yet when it quiets down for “Seasons of Love” is perfect.

Like the Broadway show, this ensemble, all first rate, are unknowns, but there are some superb performances, especially Javon King as Angel, Lencia Kebide as Joanne, and Lyndie Moe as Maureen.

There were a lot of young people in the audience, and Rent got a well-deserved standing ovation at the curtain call. Enroute home, I realized that Rent creator Jonathan Larson, had he lived, would be 58 today. What other masterworks might he have created? And, would have have been astounded by Rent’s success then and now?