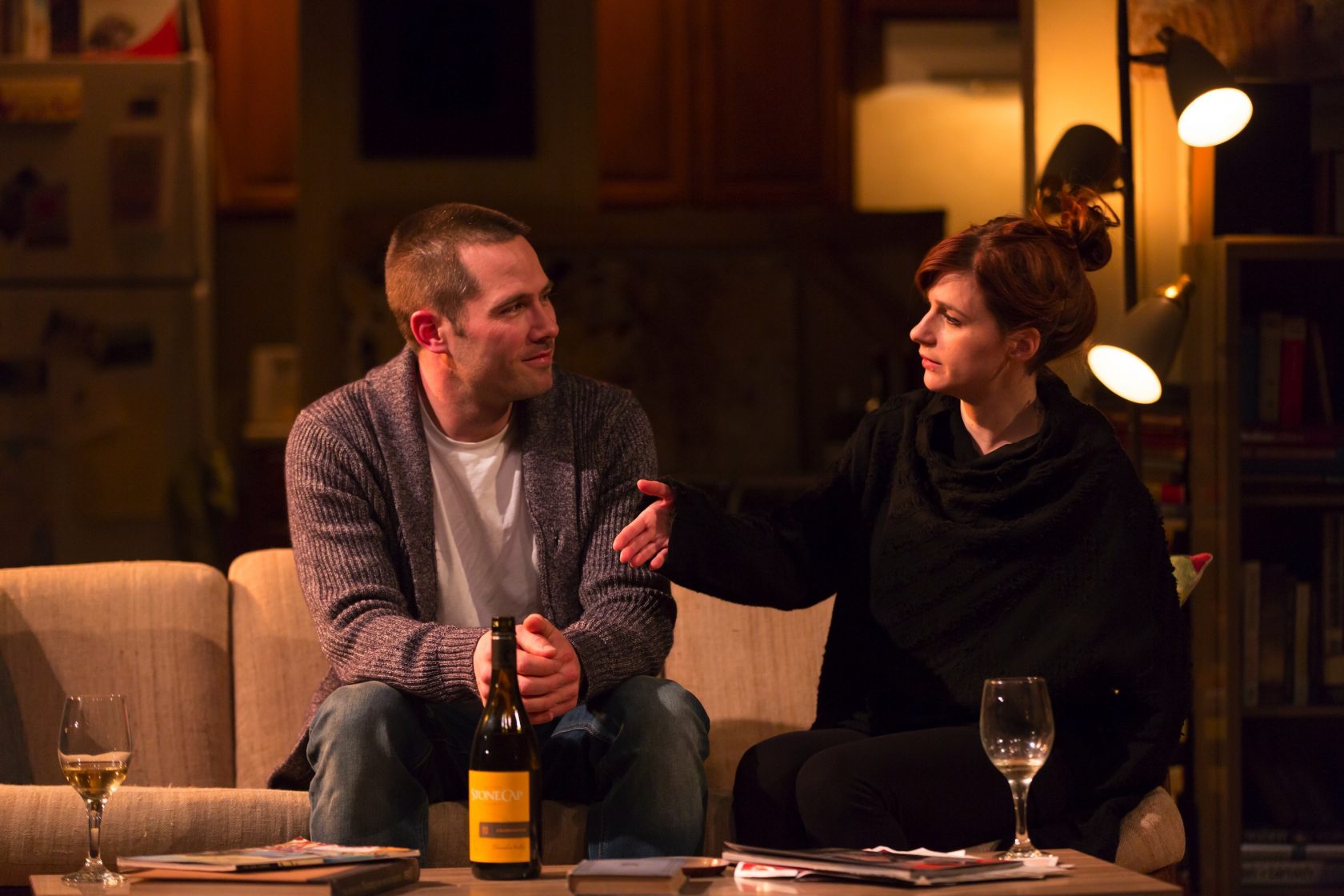 HARTFORD – Up-and-coming playwright Matthew Lopez has found a home at Hartford Stage. The former AETNA New Voices Fellow has had three of his plays performed in Hartford. “Reverberation”, his latest, has its world premiere at Hartford Stage through March 15.
Set in present day Astoria, Queens, “Reverberation” is the story of Jonathan, a greeting card illustrator, who befriends Claire, the woman in the apartment upstairs. Jonathan is a lonely, single gay man who picks up one-night stands through Grindr, a smartphone app. Although he’s with a pick-up, Wes, at play’s beginning, he’s happier with a life of no commitment. Through a progression of scenes, Lopez paints portraits of three outsiders attempting to fit in. Lopez’s writing is uneven, and at times cliche, but there are some beautifully written segments. I was partial to the scene where Wes returns to Jonathan in the hopes of building a relationship. They discuss books as opposed to Kindles. The simple, raw writing is among the play’s finest moments. There were bits of humor, and a couple of surprises along the way, which I won’t divulge. “Reverberation” is a play for adult audiences. There’s some nudity, coarse language, and some surprise violence. 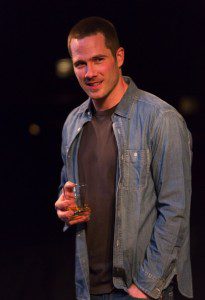 Maxwell Williams’ staging gives “Reverberation” a nice pace, and he moves his actors on a wonderful two-level playing space (designed by Andromache Chalfant), where two apartments combine to become one of the best sets seen at Hartford Stage in a long time. Linda Cho’s costumes and Tei Blow’s original music and sound design work so well. Matthew Richards’ lighting design is dark (maybe to set tone), but some of the key scenes are performed in twilight.
Luke Macfarlane from TV’s “Brothers and Sisters” and New York’s “The Normal Heart” is a masterful Jonathan. Macfarlane balances the character’s inner despair and anger. Carl Lundstedt charms as Jonathan’s pick-up, Wes, a young man mature, beyond his years. Aya Cash is a pleasantly quirky Claire.
I see talent in Matthew Lopez’s writing, and “Reverberation” got a first class production with fine performances. I’m glad Hartford Stage is nurturing his talents. I think that with some script tightening, the play would pack more of a punch. 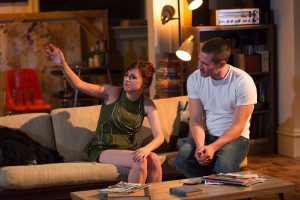 Aya Cash and Luke Macfarlane in “Reverberation.” (Photo by by T. Charles Erickson)