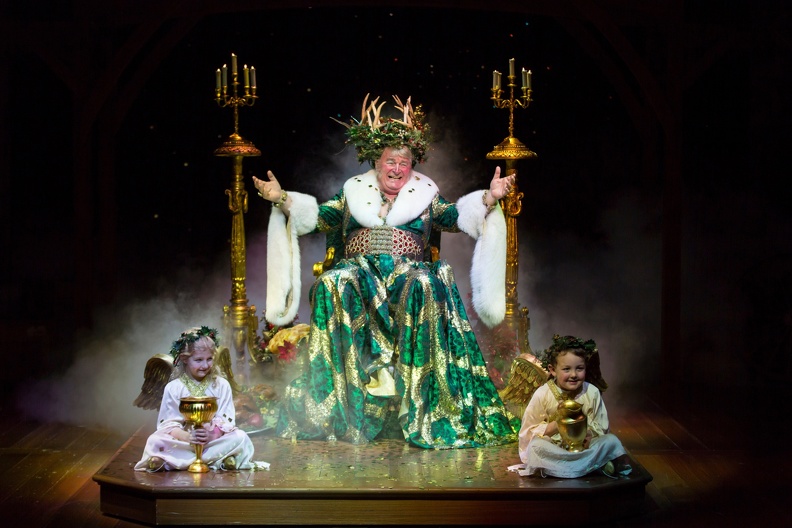 Two of our area’s popular holiday theatre traditions have been revamped this year. Hartford Stage’s A Christmas Carol celebrates its 20th anniversary with a new leading man, Michael Preston in the role of Scrooge. Theaterworks’ crowd-pleaser, Christmas On The Rocks has a new playlet by local writer Jacques Lamarre and a new bartender, Tom Bloom. Although I needed no excuse to revisit either show, both gave me good reason to kickstart some holiday cheer. 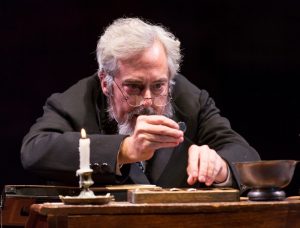 A Christmas Carol at Hartford Stage

For a long-running production, A Christmas Carol remains fresh, due in part to Michael Wilson’s imaginative adaptation of the Dickens classic, and its faithful staging by Rachel Alderman. The production values remain top-notch, and the special effects are enough to keep a kid or kid at heart wide-eyed with amazement.

Michael Preston’s “Scrooge” is a refreshing look at a hard-to-like character. Preston, no stranger to the Hartford Stage production, having played Mr. Marvel for several seasons, brings a physical agility to the role, something he’s refined over the years as a member of the wacky acrobatic Flying Karamazov Brothers. He tumbles, juggles, and moves effortlessly. I really liked his performance.

Some of the fine regulars are back: Noble Shropshire in the dual roles of Jacob Marley and Mrs. Dilber; Alan Rust as the Ghost of Christmas Present, and Vanessa R. Butler as Belle. Among the new faces worth noting: Kenneth De Abrew and Shauna Miles as the Fezziwigs and Rebecka Jones as a terrific Ghost of Christmas Past. The company of adults, Hartt students, and area kids, are all polished. 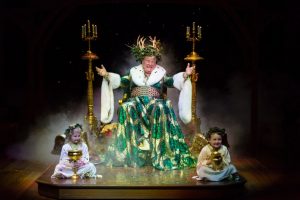 For my 2016 Westfield News Group review:

Christmas on The Rocks at TheaterWorks 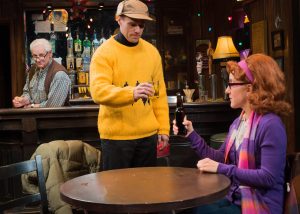 Christmas On The Rocks has evolved into a 90 minute laugh riot, as it shares the “whatever happened to?” stories of children in our beloved holiday movies, as they grow up into dysfunctional adults  dropping by a neighborhood bar on Christmas Eve. This is my third annual visit to this evening of nonstop, and outrageous laughs, which changes every year as some sketches leave and new ones arrive.

This year’s new sketch is a riff on It’s A Wonderful Life by the very funny Jacques Lamarre, whose play Raging Skillet premiered at TheaterWorks last summer. It provides a zany character for Jenn Harris to perform to perfection, and it equals the laughs provided in one of the evening’s funniest playlets, “Still Nuts About Him”, in which Harris plays the aging gracelessly Clara from The Nutcracker. Lamarre now has two playlets in Christmas On The Rocks. His second contribution, “Merry Christmas, Blockhead” features Charlie Brown and the Peanuts gang. It has the right amount of sentiment to give the evening its heart of gold.

Tom Bloom has joined the cast as the bartender, and he’s fine, but the evening belongs to the comic Matthew Wilkas and Jenn Harris. Rob Ruggiero’s staging remains close to perfect, and the production design is superb. 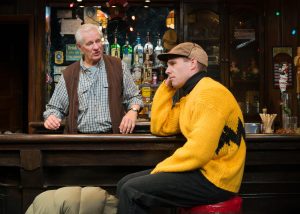 Tom Bloom and Matthew Wilkas in TheaterWorks Christmas On The Rocks. Photo by RJ LaRussa.