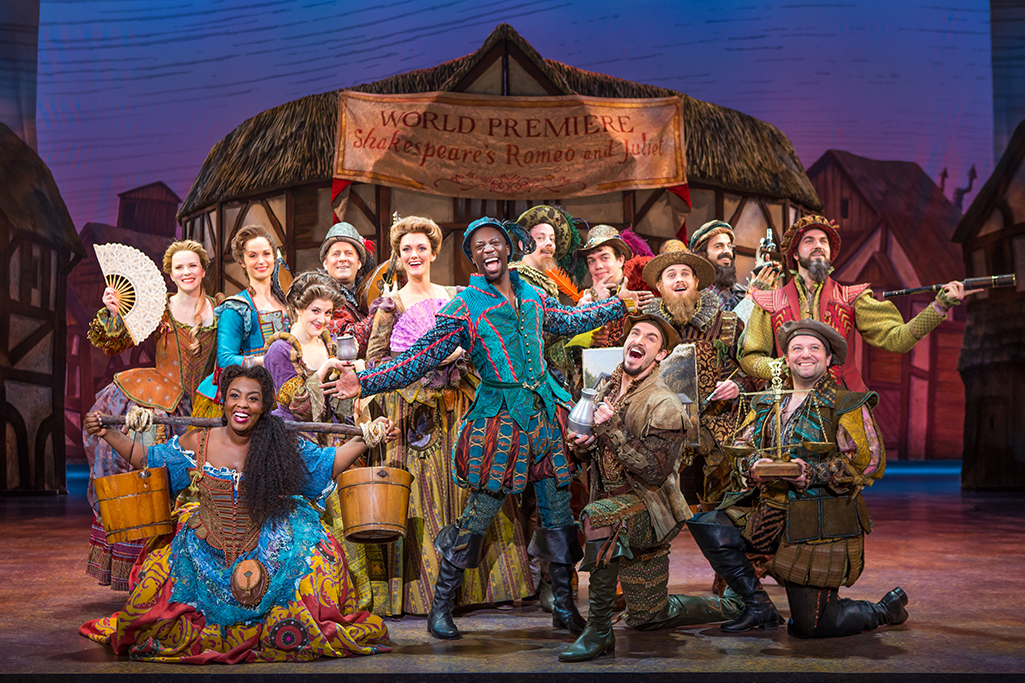 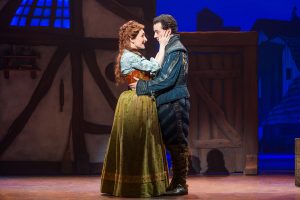 Maggie Lakis and Rob McClure in Something Rotten. Photo by Jeremy Daniel.

The recent Broadway hit Something Rotten is a rarity these days–a completely original musical–story, book and score, that is smart, sassy, silly, and overloaded with laughs. Broadway newcomers, brothers Karey Kirkpatrick and Wayne Kirkpatrick plus John O’Farrell have conjured up a witty tale about Shakespeare and Broadway musicals, punched up the volume with one joke or sight gag after another, and put it in the hands of the gifted Casey Nicholaw, who choreographed and co-directed The Book of Mormon, and provided the dances for Monty Python’s Spamalot and The Drowsy Chaperone. The original Broadway creative team recreated their work for the tour, and the performances are top-notch all around. Bottom line, Something Rotten is one of the funniest musical comedies to come around in years. 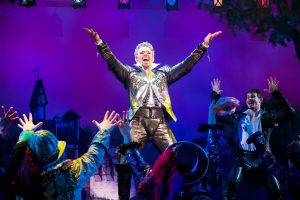 Adam Pascal in Something Rotten. Photo by Jeremy Daniel.

Something Rotten is set in the Renaissance, and Shakespeare is the hot playwright in London, cheered for his work, and worshipped for his celebrity. Two brothers, also in the theatre, aspire to one-up The Bard and write a big hit. They seek out a soothsayer to tell them what’s going to be the next best thing in theatre, and they’re told “a musical”, and off they go to try to outdo Shakespeare at the box-office. But the soothsayer errs, saying the next big hit will be “Omelette” instead of “Hamlet”. Needless to say, hilarity ensues. 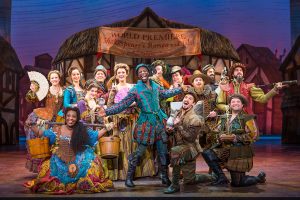 The cast of Something Rotten. Photo by Jeremy Daniel.

Something Rotten has a first-class cast. Adam Pascal from the original Broadway production of Rent, plays the self-absorbed superstar Shakespeare. The brothers are played by Rob McClure and Josh Grisetti, two of Broadway’s current bright lights. McClure won a Tony nomination for his role in Broadway’s Chaplin. Grisetti won a Theatre World Award for Enter Laughing. They’re well supported by Maggie Lakis as McClure’s onstage wife–they’re husband and wife offstage; Autumn Hurlbert as Portia, Grisetti’s love interest; and a team of baggy tights comics, high-stepping choristers and dancers. Those who have attended Connecticut Repertory Theatre’s Nutmeg Summer Series of late will notice Luke Hamilton in the chorus. He played Tony in their recent West Side Story, Tulsa with Leslie Uggams in Gypsy, as well as the lead in Xanadu.

Abundant in music and comedy, Something Rotten is laugh-laden musical comedy heaven.

Something Rotten plays at The Bushnell through Sunday, but it returns to the area at Worcester’s Hanover Performing Arts Center  on February 20-25. Next up on The Bushnell’s Broadway series is The Bodyguard, a musicalization of the movie. with Deborah Cox in the role created by Whitney Houston, also February 20-25.