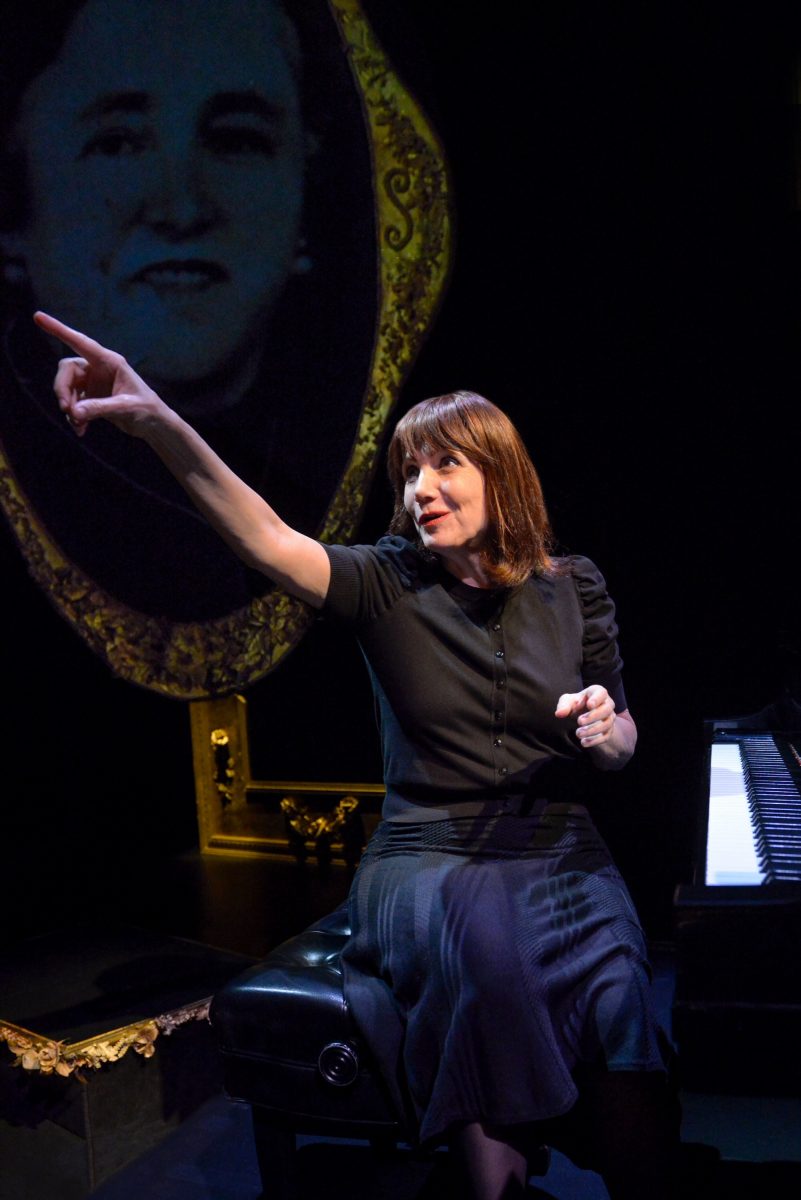 HARTFORD, Conn. – Mona Golabek is an accomplished pianist, actor, author, radio host, storyteller, and a child of a Holocaust survivor. Her mother, the pianist Lisa Jura was a child prodigy in Vienna, when the Nazis came to power. After Kristallnacht in 1938, Lisa’s parents had money for only one ticket out, and they sent Lisa on a Kindertransport. to England, where she survived World War II. Lisa’s parents did not survive.
Golabek and Lee Cohen adapted Lisa’s story into a book, “The Children of Willesden Lane”, which Hershey Felder has adapted as a one-person show for Golabek. Call it a piano recital with narrative or a play with music, and either way, this is one powerful evening of theatre and music. As Golabek plays familiar masterpieces for keyboard by Grieg, Beethoven, and Debussy, and against projections of Kristallnacht, the London Blitz, and D-Day by Andrew Wilder and Greg Sowizdrzal, a very vivid tale of survival becomes almost tour-de-force. 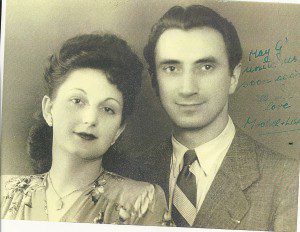 Golabek has toured “The Pianist of Willesden Lane” to theatres nationally, and the reviews have been stellar. Her piano performances are exquisite, her acting is credible, and director Hershey Felder (who has starred in “George Gershwin Alone” a one-man play with music about the composer) staged his adaptation of Golabek’s book. He balances Golabek’s piano virtuosity with her acting, and molds an evening of powerful music and theatre.
Trevor Hay’s and Felder’s set design put Golabek’s piano center-stage, and Jason Bieber’s lighting accentuates scenes of Vienna and London. We were lucky to be seated on the side of the theatre, where one could see Golabek’s arms and fingers working the keys, almost balletically, as though swept away by the rhythms of the music.
Jason Bieber’s lighting, Erik Carsensen’s sound design, and Jaclyn Maduff’s costume design accentuates Golabek’s performance. Although the production is built to tour, it fits nicely on Hartford Stage’s intimate playing area.
The Holocaust is a big black mark on human society as a whole. And, although we chant “Never Forget” and “Never Again”, genocide continues to rear its head in Rwanda, Cambodia, and Darfur. Atrocities continue as beheadings in Syria, gays being tossed from highrises in the Middle East, and soldiers set ablaze make headlines across the world. “The Pianist of Willesden Lane” reiterates the message without throwing it in our faces.
“The Diary of Anne Frank”, “Bent”, “Schindler’s List” and “I Am My Own Wife” are examples of how the human spirit survives despicable odds. Add “The Pianist of Willesden Lane” to the list. The fact that it’s told in person by a child of a Holocaust survivor makes it more personal and riveting..
Hartford Stage presents Mona Golabek in “The Pianist of Willesden Lane”. Based on the book “The Children of Willesden Lane” by Mona Golabek and Lee Cohen. Adapted and directed by Hershey Felder. Scenic design by Trevor Hay and Hershey Felder. Costume design by Jaclyn Maduff. Lighting design by Jason Bieber, adapted from the original by Christopher Rynne. Sound design by Eric Carstensen. Projections by Andrew Wilder and Greg Sowizdrzal. through April 26. Hartford Stage, 50 Church Street, Hartford, Conn. 860-527-5151 or www.hartfordstage.org.
Mark G. Auerbach studied theatre at American University and the Yale School of Drama. He’s worked for arts organizations and reported on theatre for newspapers and radio.