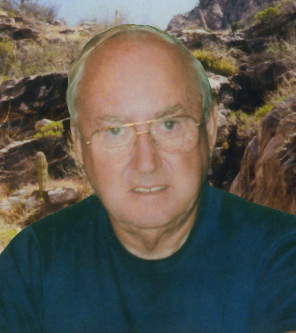 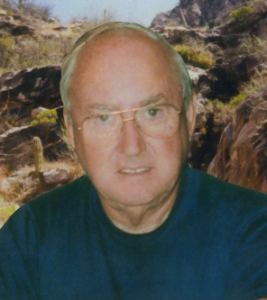 ‘Bones Boyle’ grew up during the depression and lost his father at the age of 12. Richard Boyle, Sr. was the City Engineer of Westfield at the time of his death and his mother, Evelyn Smith Boyle, was a homemaker and then a secretary for Mr. Beverage of Stanley Home Products after her husband’s passing. Richard was predeceased by his sister Dorothy Cavagnac Lovett, her son Peter Cavagnac, and by his brother Robert Boyle. His brother David and wife Ruth Boyle live in Westfield. Richard also leaves five nieces, Susan Maccalous, Mary Volsdal, Nancy Nee, Linda Albanese, and Babette Andrews; and Shirley’s nephews, Peter, Fred, and Allan Millett, and nieces Karen Millett and Deb Folley; and all their families.

Richard lived in Westfeld for the first part of his life, and worked in many jobs to help his family in the 1930’s and 40’s, leaving school before graduating. He delivered newspapers, ice and milk, worked at the Clark Tobacco Farm, the Fowler Farm, Romani’s Bowing, as a pin setter with his brother Bob, repaired slate roof on some of the tallest churches in town, in construction (eventually building his own home), made ammunition at the Springfield Armory, and even cleaned, patched and painted the coal burning tower at the base of Mt. Tom (with friend Ted Bishop), to name just a few.

‘Dick’ and Shirl lived rich lives in Westfield-Wyben, making quite the team, participating in neighborhood activities with family and friends: parades, cookouts, scavenger hunts, church suppers, picnics, playing cards, and cooking chicken for the Westfield Fair Dinner- followed by the well-attended, bacon-wrapped chicken liver cookout in their backyard every year. Richard worked for Hamilton Standard, CT for 38 years, beginning in East Hartford, then Windsor Locks, and for the last 10 years, moving to Tucson, Arizona to set up a new subdivision for the company and working there.

In Tucson, the couple participated in an active adult community; swimming, community dinners, walks around the park, playing cards and traveling to casinos. They loved hiking in the desert, bowling, golfing, and eating out with friends, including special friend Mary Waldron. Volunteering and giving back was also important to them: from the Special Olympics, volunteering at golf tournaments, to many other charitable events with his Elks Lodge. They camped all across the country, took cruises, and traveled extensively to all the states except Alaska; traveling even to New Zealand to hike the Milford Track. While camping, Richard made a point of fishing the salmon run in Oregon. Collecting stamps & antique scales, woodcarving, vegetable gardening, building stone walls, deep sea & freshwater fishing, cooking & eating, especially seafood, were some of Dick’s other favorite lifelong pastimes. He was knowledgeable on so many levels, wild flowers & birds, family & local history, too and spread that knowledge to family and friends, who all loved him dearly.

Memorial to be held graveside at a later date.