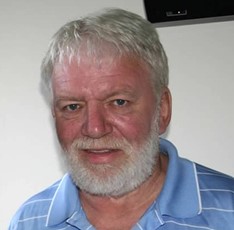 WESTFIELD – It is with great sadness to announce that Robert Arthur (Bob) Hillman, 70, of Westfield, MA, passed away unexpectedly on April 29, 2022. Robert was the son of Robert and Nancy Hillman, born in Springfield, Massachusetts on August 7, 1951, and raised by his Dad and paternal 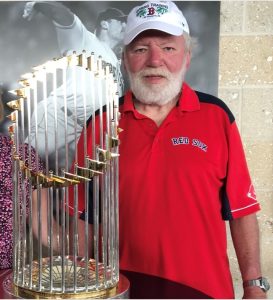 Arthur and Mary (Mae) Hillman in South Hadley. Bob met Kathleen (Kathy), his beloved wife of 49 years, while at South Hadley High. After graduating, Bob joined the United States Navy, where he was stationed in San Diego and served in Vietnam. After retiring from the military, Bob and Kathy returned to Massachusetts to reside in Easthampton before settling in Westfield for the last 40 years. Bob worked for Schwan’s, Kimberly Clark and Consolidated Freight throughout his career. Bob spent endless hours cheering on every New England sports team, tracking every moment with a specific love and season ticket holder for the Red Sox.

Robert is survived by his wife, Kathy (Roj) and their three daughters and grandchildren that love him deeply: Jennifer Faikish and husband, Kevin Faikish and their four children Cole, Carter, Chase, and Quinn; Rebecca Frick and husband, Jaime Frick and their two children, Jimmy and Andy; and Tricia Grier and husband, Evan Grier and their son Jackson. Robert also leaves his half-sisters Donna Krutka, Karen Weiland and predeceased sister, Kandy Slowey.