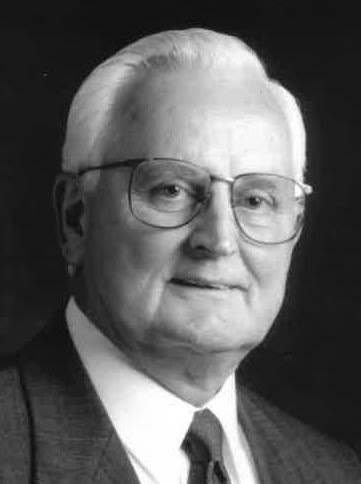 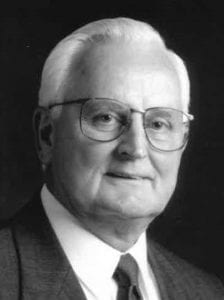 WESTFIELD: Robert G. Dewey of Westfield, MA passed away May 25, 2021 at the age of 93. Bob was born in Westfield on December 20, 1927 to the late George F. and Elizabeth (Graff) Dewey. Bob was the 11th generation of Deweys to build their lives in Westfield, descending directly from the Israel branch of the Dewey brothers who helped found Westfield in 1669.

Bob is survived by his wife of 73 years, Shirley (Burns) Dewey, daughter Robin (Dewey) Moore and her husband David Moore of Merrimac, MA, son R. Bruce Dewey and his wife Jody (Andrews) Dewey; grandchildren Christopher Moore of Sanford ME, Julia (Dewey) Boucher and her husband Lee Boucher of Simsbury, CT, Nathaniel Dewey and his wife Leah (Rodrigues) Dewey of Baltimore, MD, and great-grandchildren Jude Boucher, Lilly Moore and Lincoln and Archer Dewey. Bob was pre-deceased by three brothers, George, Richard and Raymond Dewey and one sister, Rosa (Dewey) Brett and is survived by his sister Ruth (Dewey) Darling and her husband Daniel Darling of Westfield, MA.

Bob grew up on a farm. As a 1945 graduate of Westfield High School, he won the Agriculture Award. He worked 52 years at Mestek, Inc. in Westfield, MA – beginning in the sheet metal shop, becoming a supervisor, then plant manager (both in Westfield and in So. Windsor, CT) and eventually becoming Senior Vice President of Manufacturing Services. Bob was skilled in the setup, operation and maintenance of manufacturing facilities and metal forming equipment, especially tools and dies. Over his long career, Bob was an exacting manager, but generous with his time and knowledge. He made many friends among employees, vendors and customers of Mestek. Bob also worked as a community leader in Westfield. He was known as a man who got things done. Early on he was active in and eventually the President of the Westfield Junior Chamber of Commerce, President of the Westfield High School Band Parents, Secretary of the Westfield Junior High (now South Middle) School Building Committee, Director of the New England Deaconess Association of Concord, MA, and active as Moderator, Trustee Chairman and Deacon of the Central Baptist Church where he managed the re-building of a pipe organ originally built in the 19th century by the Johnson Organ Company of Westfield. Later he served on the Westfield High School Building Committee, as Chairman of the Westfield Chapter of the American Red Cross, Chairman of Noble Health System, President of the Westfield River Watershed Association, Director of the Greater Westfield YMCA, and Director of the Westfield Chamber of Commerce. During retirement he continued as a friend and supporter of many local institutions, but his primary attention turned to historical preservation as a Commissioner of the Westfield Historical Commission and founder of the Westfield Museum. His greatest interest was in preserving and restoring historic gravestone markers especially in the Old Burying Ground off Mechanic Street in Westfield. His period replica of the gravestone of David, III and Rebecah Dewey from 1815 was placed and celebrated in 2009. Bob was active in four-part choral and choir singing as a Tenor. He sang in the church choirs at Central Baptist Church and the United Methodist Church both of Westfield. He was an original member of the Greater Westfield Choral Association (GWCA). As a member of a chorus sponsored by the Springfield Symphony Chorus, he performed at major cathedrals in England and Scotland and as a member of the Springfield Episcopal Diocese/GWCA chorus performed in cathedrals and churches across Europe. Bob ran a Christmas tree farm for many years. Bob loved the outdoors as a vegetable gardener, snowmobiler, hunting dog trainer, hunter of wild fowl and deer, and lake and stream trout fisherman. He doted on his black Labs.

Please join the family for a celebration of his life: Calling Hours of 4 to 7 pm, Friday, June 4, 2021, at Firtion Adams Funeral Service, 76 Broad Street, Westfield, MA and Funeral Service at 10 am, Saturday, June 5, 2021 at the First Congregational Church on the green, Westfield, MA, followed by a graveside service at Pine Hill Cemetery. In lieu of flowers, please make contributions to: the Dewey House of the Western Hampden Historical Society, P.O. Box 256, Westfield, MA 01085-0256 or the Association for Gravestone Studies, 278 Main St., Suite 209, Greenfield, MA 01301. Firtionadams.com