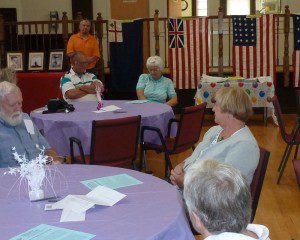 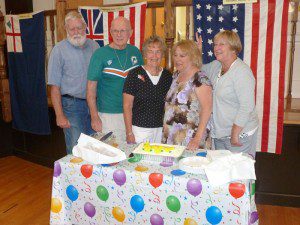 RUSSELL – Russell Senior Center was the scene of cheer when Russell seniors with birthdays in June and July were feted. The Bread Basket in Russell once again donated a delicious birthday cake. The guest speaker was Jason Boyer, Russell’s newest selectman. He shared memories of growing up in Russell and his dream of returning here to live with his family. His grandfather, Gene Pike, a former selectman, also was a ranger at the Boy Scout camp. Jason is the current resident Ranger at Camp Moses Boy Scout Camp.  The camp will be offering camping sessions this summer. Thanks to all the COA volunteers who make these programs possible.