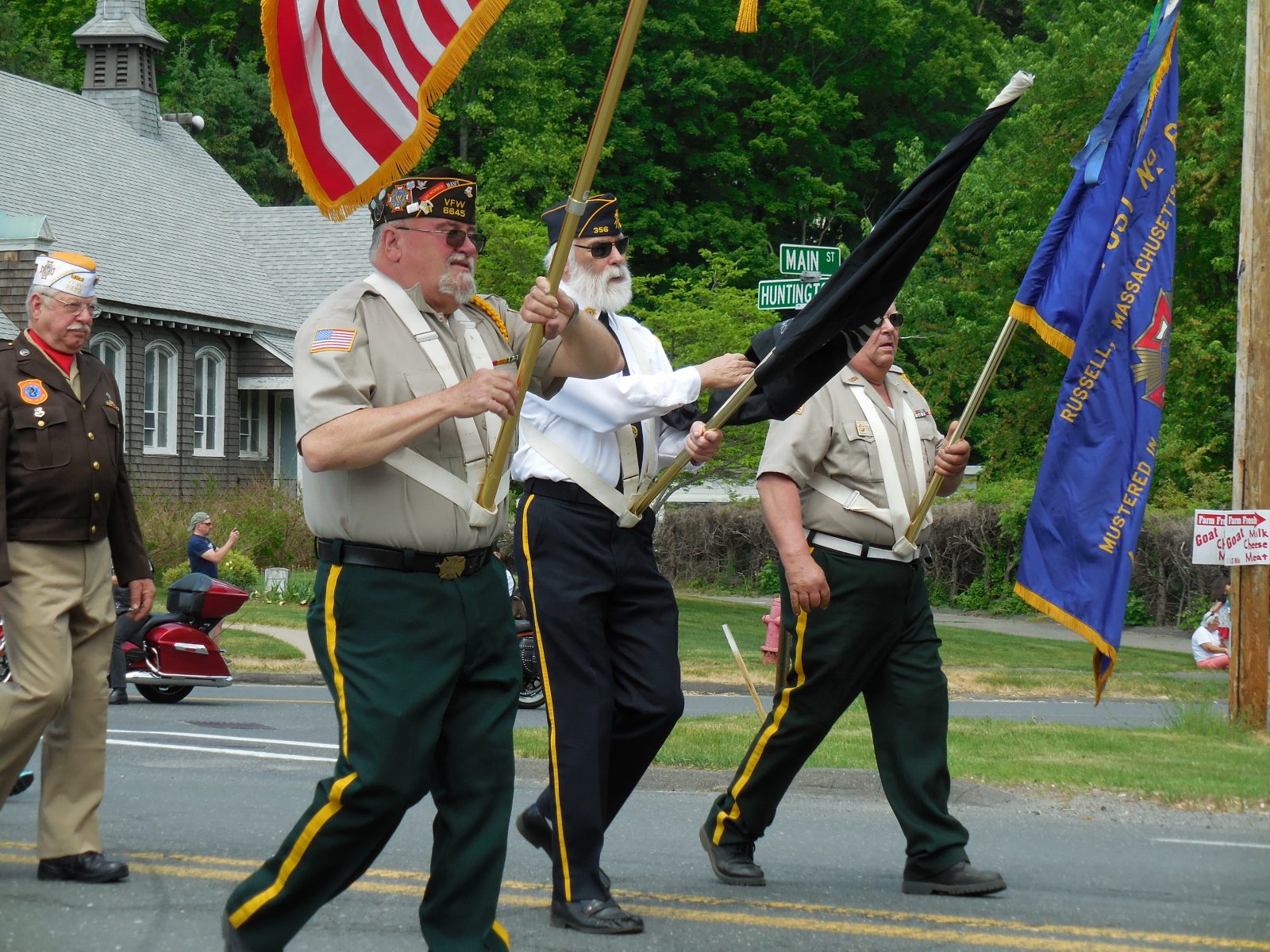 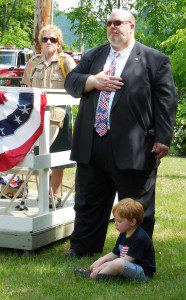 State Senator Don Humason, accompanied by his son Quinn, thanked those who served throughout history, and those who serve today. Longtime VFW member and parade organizer Barb Carrington, is shown on his left. (Photo by Amy Porter)

RUSSELL – Members of the Russell VFW Post 6645 organized the town’s Memorial Day observance on Monday, beginning with a parade that began at the fire house on Main Street at 2 p.m., turned the corner on Route 20, marched to the Russell Cemetery on Old Westfield Road, and back up to Veterans Park on Main Street.
Also participating in the parade were members of the Gateway Regional marching band, several community floats, American Legion Post 338 Riders from Southwick, several classic cars, two horses, the Hilltown Community Ambulance, and several area fire departments including Russell and Blandford.
VFW Commander Jim Cortis called to order the observance at the cemetery, which began in a prayer led by Rev. Jim Metcalf of the Russell Community Church. Afterward, VFW member Frederick Benda played Amazing Grace on the bagpipes. At the end of the short ceremony, Gateway tenth grader Cami Rock played taps, which were echoed by eighth-grader Grace Lebarron. 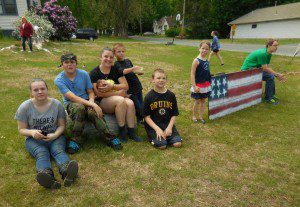 Members of the Mazella, Labranche and Dubiel families watched the parade as it turned the corner on Route 20, showing their support with a patriotic sign painted by Amy Mazella, third from left. (Photo by Amy Porter)

The parade then marched back up to Main Street. After opening in prayer led by Rev. Metcalf, Cortis recognized longtime VFW member Barb Carrington, the former organizer of the parade. Cortis also acknowledged member Ruth Kennedy, Nancy Mezger, representing the Select Board, and State Senator Don Humason.
Russell Girls Scout Troop 11431 led the pledge of allegiance, and members of the Gateway Marching Band played the National Anthem. Cortis and longtime VFW member Victor Desabrais, formerly of Russell, laid the wreath.
Humason, who was accompanied by his son Quinn, greeted all the honored veterans, and thanked them for their service.
”We remember those who served the country throughout history and those who serve today,” Humason said. He wished everyone a somber and celebratory Memorial Day.
Ruth Kennedy also gave special thanks to Jim Cortis for this leadership in putting together the observance. Afterwards, everyone was invited to the VFW Post for refreshments provided by the Russell First community improvement organization, who also had a float in the parade.